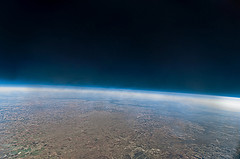 It is one thing to send a cell phone or a small HD camera into space with a weather balloon, it is a completely different thing to send a D300s equipped with a Tokina 11-16mm f/2.8 lens (about $2,200 combined) into space. And yet an even more courageous one to send it in a beer cooler.

Tech students Erich Leeth and Terry Presley did send their D300s + the Tokina lens into space in a Styrofoam beer cooler from Wal Mart. While they don’t have final altitude, they estimate the camera went as high as 100,000 feet. The case was equipped with a 22 foot helium weather balloon for elevation, a parachute for easy landing and n old cell phone for GPS tracking.

The camera was traveling in a styrofoam beer cooler from Wal Mart. The cooler was lifted into space using a 22 foot weather balloon filled with Helium. A parachute was attached to the cooler to slow and stabilize the fall of the cooler when the balloon eventually popped from lack of air pressure as it rose closer to the vacuum of space.

There were some issues with frost building up on the plexiglass shield and it actually ruined most of the images. Live and learn I suppose. We’ll get it down next time. Most people we’ve seen do this online take 3-6 months of planning and preparation before they launch something. We did it in 13 days. I guess it’s only fitting that we overlooked something. I’m just glad we found it and everything was still in one piece! #

You can see some of the image and the launch video, or the entire set here. 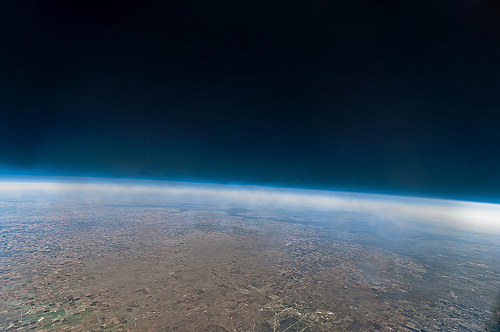 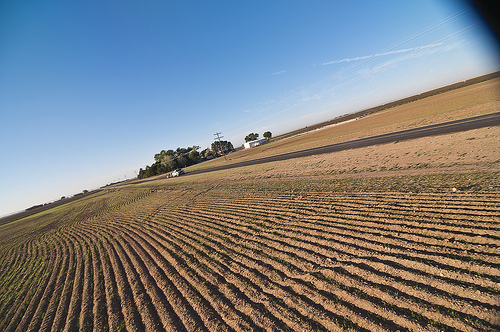 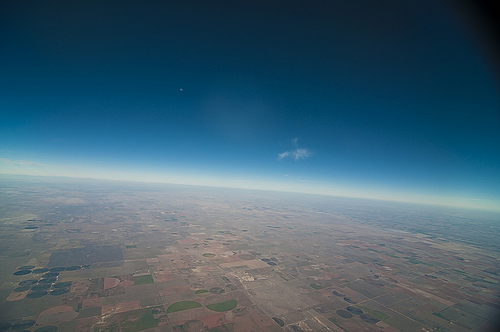 Thanks for the tip, Phil

This craft beer was formulated to develop Kodak 8mm film

« How Fast Is Your Strobe?
Build a Lynny – a DIY Lensbaby »