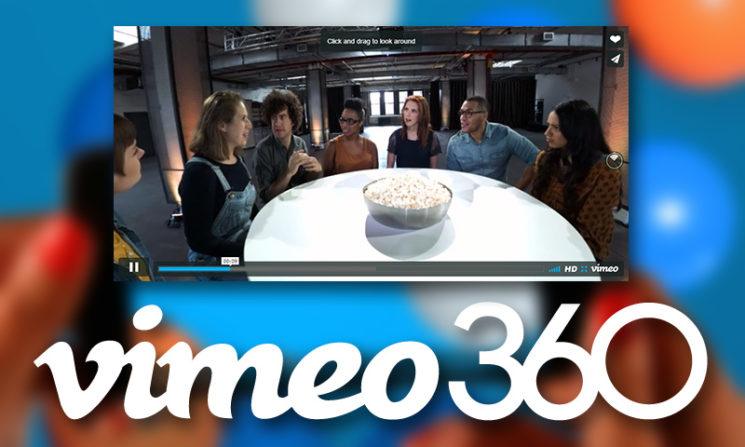 Yes, that’s right. Vimeo now finally supports 360° videos. Although YouTube has supported 360° videos for a while, many have criticised the low quality and high compression often shown. Even when uploading 4K 360° video to YouTube, the already degraded image loses so much more as a result. Facebook’s 360° video suffers from even higher compression rates and lower resolutions.

Vimeo has always been the place to go for hosting video if quality is your highest concern. And that seems to also hold true of 360° video from what I’ve seen of the samples posted so far. That’s probably thanks to its two-pass transcoding, which is almost always going to result in increased quality, even at the same bitrates.

While it does, sort of, technically support 8K uploads, it’s not really an 8K 360° video. It’s a pair of 4K signals, one for each eye. So, you’re still not quit going to get the detail you might expect from even 1080p 2D footage. But the two-pass encoding and general improvement in quality over YouTube’s single-pass high compression should to make things a much easier to watch.

Here’s the quick features of Vimeo 360.

While Vimeo might seem to be arriving at the 360° party a little after than everybody else, they seem to have taken the time to do it right. Or at least, a bit less wrong than most of the options. 360° video is still an emerging standard. As such, processing and viewing 360° video through an online platform can be tricky. Especially once you start editing, adding effects, and camera metadata becomes lost.

Sometimes you’re limited to using some web plugin supplied by the manufacturer of the camera to display it on your own website, or their own hosted option. Or, you may have to delve into the metadata manually, and tell it was shot by some other camera to make certain platforms understand it. So, being able to upload directly from editors like Premiere and Vegas make this extremely useful.

There’s also Vimeo’s new curated 360 Cinema channel. Where you can see some of the best 360° content uploaded to the platform. It’s basically the 360° version of Vimeo’s “Staff Picks”, and it already contains some very cool 360° content.

It’s nice to see Vimeo finally catching up on the whole 360° thing. Hopefully it will help to bring some innovation and competition to the market. Or at least force YouTube and Facebook to step up their game a little bit.

You can find out more about Vimeo360 on the Vimeo Blog, sign up here if you’re not already a member, and keep an eye on the curated 360° videos on the 360 Cinema channel.

« How I shot the boy on the moon for the image “NO Fishing!”
Apollo astronauts were darn good photographers »