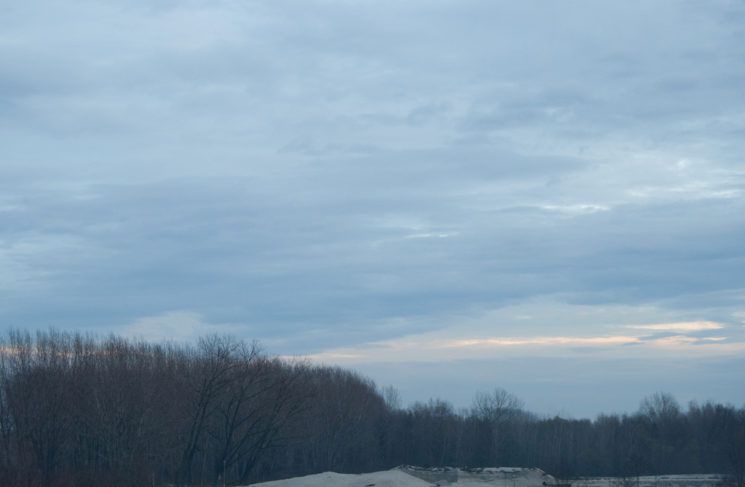 Everyone has those days when it would be better if they just stayed in bed. Photographers also have them, and often things simply don’t go as you’ve planned. Thomas Heaton shows what it looks like when a landscape photographer has a bad day. And no matter what kind of photography you do, you’ve probably had a day like this, too.

A day of a landscape photographer often starts early in the morning. Actually, it’s often still night, to be exact. In Thomas’ video, this night was cold, dark and rainy. But he still decided to go out and shoot, because often the best conditions come after the worst weather.

Thomas chose the location and waited for the sun. He wanted some light on the mountains in the background of his composition. However, the problem with landscape photography is that you have no control over the light. You depend on the “mood” of the weather, and that day, the
weather was really not in a good mood.

It was extremely cold and windy, and Thomas still managed to spend 2 hours in such conditions, waiting for the perfect light. He only got some light in the foreground, but it wasn’t what he was aiming for. I hope he didn’t get pneumonia along with that foreground. It really seemed very cold! And it’s one of the ugly sides of landscape photography – you have to face and endure harsh weather conditions to get the shot.

After this, Thomas found a new place to take a shot. He came to a hill overlooking Lake Windermere to take a “classic shot” of mountains, lake and sunset. Although it’s a scene often photographed, he had never taken a shot of it before, do it was an okay “plan B” for him.

But, then he discovered he left a spare battery in the car, and the one in the camera had died. It was totally his mistake, but things like that happen. We all make mistakes. Sometimes it’s not only the external conditions you’re fighting in landscape photography, but the human error is also very difficult to repair in these situations. I guess it’s much harder to grab a spare battery from a car after you’ve already climbed a mountain or something like that. Fortunately, Thomas heated the battery up a bit – by holding it under his armpit. And thanks to this, he managed to take a couple of shots and saved the day from being wasted.

Behind breathtaking landscape images, there’s often plenty of effort, frustration, lack of sleep and bad weather. And when you’re really having a bad day, all this comes at you at once. I think that it’s best to have a “plan B” and go with it in situations like these, just like Thomas did. You can do it in landscape photography, although I wonder how “plan B” works in other situations.

How do you cope with bad days? Do you have a “plan B” or something like that doesn’t work for your photography type? Share your thoughts in the comments.

[The UGLY side of Landscape Photography | Thomas Heaton]

The ugly side of wildlife photography

« How to get great and consistent colour with different brands and qualities of light
Fujifilm announce new X-T20 and X100F bodies and a $6,499 price tag on the medium format GFX »