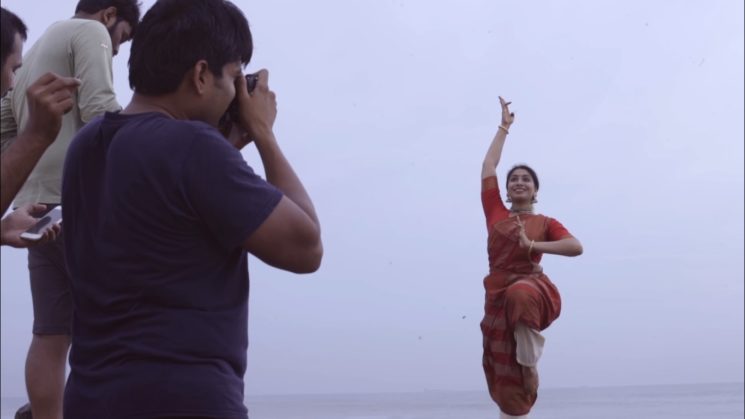 One of the impressive features of Sony a9 is its continuous shooting speed of 20fps. Sony and photographer Amar Ramesh decided to demonstrate the cameras continuous shooting performance in quite a creative way, so they created a video. The video that was made entirely out of stitched photos shot with the a9’s burst mode. Since 20fps is quite near the standard 24fps of video shooting, the result is really impressive.

Amar and his team shot photos of a dancer using the a9’s burst mode, with the AF on. Other than the incredible 20fps shooting, the camera kept everything in focus as the dancer moved. We’ve already seen some examples of this, and it sure came in handy for Amar’s experiment.

Other than the main video, there’s also a behind the scenes footage, where we can find out more about the process. Amar took 12,000 photos, which he later reduced to 2,500, choosing the best angles. He edited the photos in Lightroom and then used Final Cut Pro to turn them into the video.

As you can see, the result is pretty neat. It’s not really a usual method for creating videos, but it sure is a good demonstration of Sony a9’s performance. And those who are looking for a fast camera like this, this video may convince them to trade in their old camera for the a9.