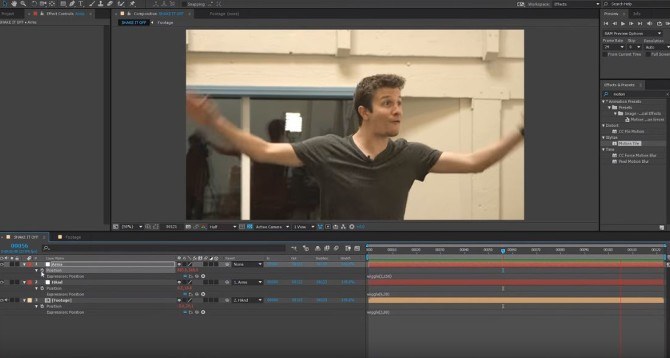 Some short require camera shake for authenticity, but are so much easier shooting on a tripod. Think about any effect where you need to cut between two shots, or wanting to shoot something quickly while still making it seems like it was shot hand held. This gets even harder if you want a significant shake.

Now of course, some will say, just get the camera off the tripod and shake it as you shoot, but if you tried that you’d realize that shooting while shaking a camera is not that trivial. There are many things to consider, like focus, framing the way the camera moves, and having the shake look realistic.

Sam & Niko share a relatively simple method for adding the camera shake in post. The secret to making it look real? They break the shake into its individual components and add them as linked NULL objects.

The way that it is done is to separate shaking layers for each degree of freedom that the camera actually has, and try and mimic the way a camera is held. So one movement is handled via a position adjustment that takes care of the wrists, then another one for your arms and third one for the entire body.

This will not work for very long shots, but for short shots, this looks pretty real.