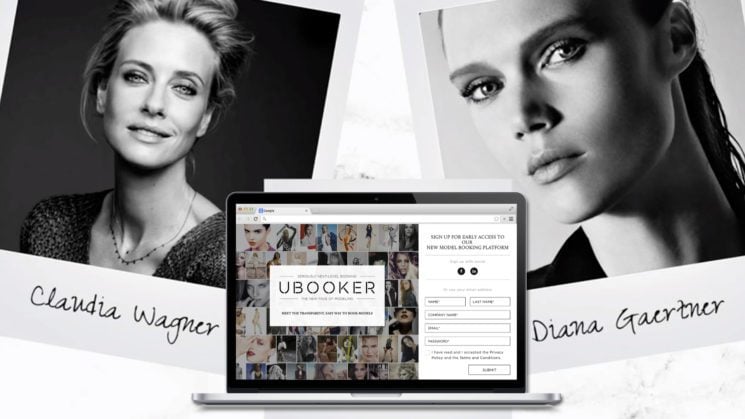 All the time we hear “there’s an app for that”, and it seems to become truer with passing day. A problem pops up that we didn’t even know we had. Suddenly, there’s a new app that fixes it. The problem we didn’t know we had this time is booking models. Traditionally booked through agencies, although times they are a changing, models are a staple amongst photographers and brands around the world.

Now, new web app Ubooker wants to turn the modelling world on its head by letting people book models Uber-style. The brainchild of models Claudia Wagner and Diana Gaertner, the goal is for “models to be in control of their own careers”.

So what makes Ubooker so different from something like, say, Model Mayhem? Well, the big difference is that all the models are vetted. Each one is met by the company in person before they’re added to the list. You can’t just sign up and start booking people right away like you can on other sites. Although, Model Mayhem’s making that kind of difficult now, too.

Potential clients can then find the model, talk to them directly and the model can basically book their own gigs. Ubooker then takes a commission. It sounds a bit like an agency, although it doesn’t sound like Ubooker actually finds you work. It’s simply a venue. In the same way that eBay doesn’t sell your stuff for you, they just let you sell it yourself and take a commission. And the commission doesn’t seem that bad. Ubooker takes 10%, whereas traditional agencies can often take anywhere from 20-30%.

Wagner and Gaetner have been working as models themselves for more than 20 years. They decided it was time for a change. With a business model inspired by a new generation of companies like Uber, their goal is to give back to the younger generation.

I would like for the models to be in control of their own careers. There were some agencies that, you know, insist on having their girls on a contract, not providing any work.

It’s still early days, and right now there are 140 models with 850 on the waiting list. At the moment, the model list is exclusively female, but they plan to open the platform up to male models in the future.

I’m not sure how I feel about booking a model from an app like this, not that it’s an option for me yet. None of those 140 models currently on the system are anywhere even close to me. It will be interesting to see how well this is received, though, both amongst models and those who would hire them.

If you’re intersted in finding out more, check out the Ubooker website.

Four tips for booking the perfect stylist for your photoshoot

« Speed posing tips: how to get different couple shots when the time is limited
A quick and easy way to reduce distracting highlights, no matter how complex they are! »