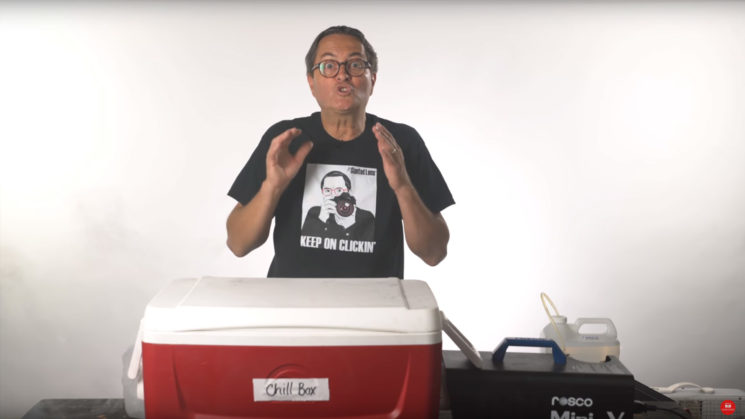 Low lying fog can be fantastic for those creepy photo shoots, especially out on location. Or, perhaps you’re trying to recreate the look of a particular 80s pop music TV show. Whatever your reason, low lying fog often works much better than a more elevated smoke-filled atmosphere choking your subject.

In this video from Jay P Morgan for The Slanted Lens, we see how to make a smoke machine produce low lying fog. And all you need is a cooler and a big block of ice.

The basic principle is quite simple. The smoke machine blows smoke into a hole on one side of the box. It gets cooled by the chilled air inside, thus becoming heavier than the warmer outside air. When it escapes from the exit hole on the other side of the cooler, it stays low to the ground. 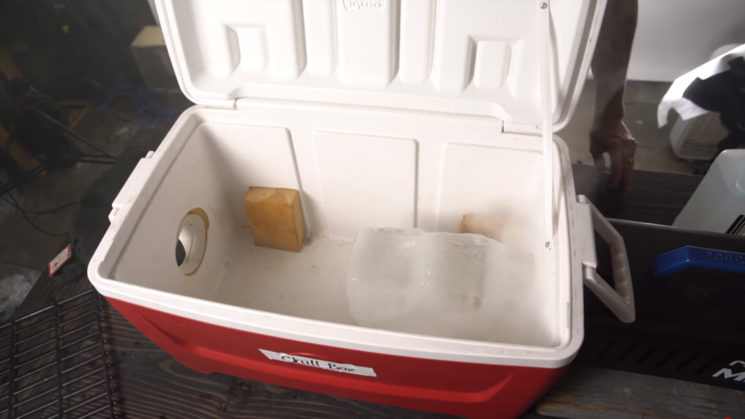 Using this method, you can put low lying fog pretty much anywhere. In a studio, the creepy forest, or even on top of a swimming pool. 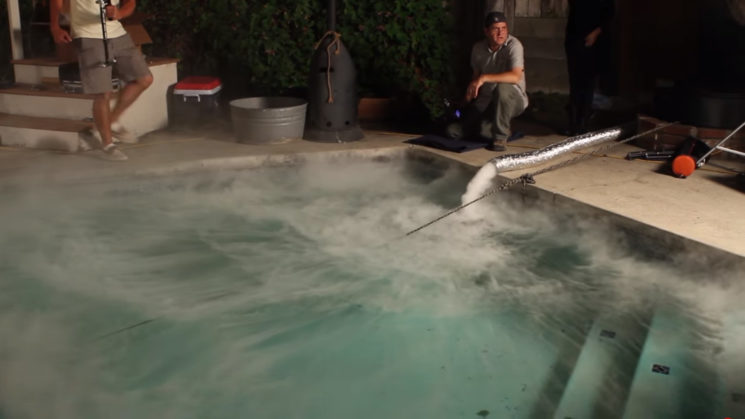 One tip, though. If you don’t want your room filling with smoke, make sure to tape up the lid before you fire up the smoke machine. 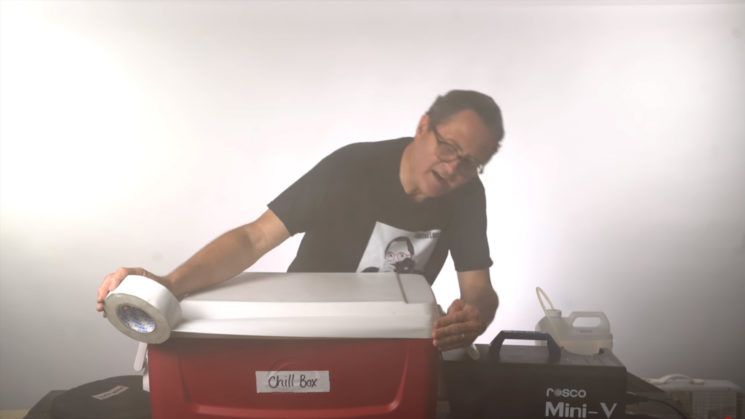 Jay uses the Rosco Mini-V and for outdoor situations recommends the standard Rosco Fog Fluid. For indoor use, he suggests the Rosco Stage & Studio Fog Fluid.

« DJI offer $30,000 bounty to hack its products and find security threats
The first fully analogue Instax camera is coming but it’s not made by Fuji »