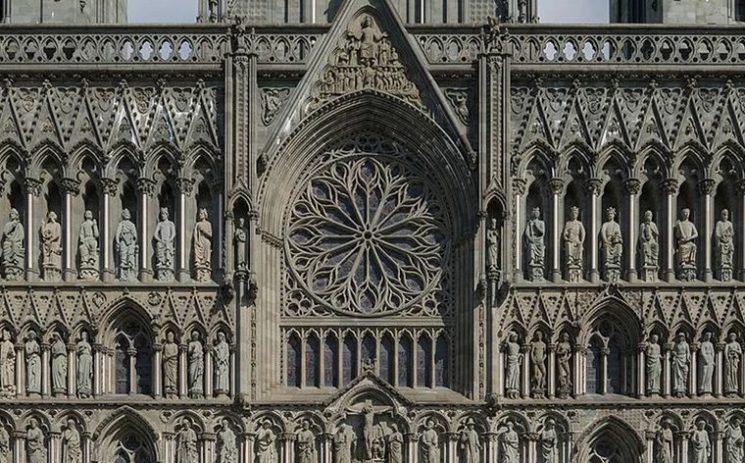 Have you ever seen an animated façade with dancing sculptures? Animator Ismael Sanz-Pena has made the sculptures dance on the Nidaros Cathedral in Trondheim, Norway. His animation Persistence of Vision III is not just captivating, but it’s made using just one photo.

Ismail Sanz-Pena has studied and worked around the world – from Norway to the USA. He is formally educated in animation and earned his degrees in London and Los Angeles. He is currently working as an assistant professor of animation at the Kansas City Art Institute.

Ismail believes every sculpture has movement in it. As an animator, he says his task is to discover it. He tells Colossal that “it was through the process of editing [his] imagery that [he] discovered that a single image would suffice to create the animation.” He made Persistence of Vision III by zooming into the image and panning row by row. At the same time, he was making sure that different architectural motives aligned in every increment. This way, he achieved that the movie had structure.

As Ismael writes in the video description, he wanted to “explore the dancing potential” of the still sculptures at the cathedral. And who would have thought that stone sculptures can “dance” this good? If you’d like to see more of his work, you can find it on his website and Vimeo channel.

[Persistence of Vision III via Colossal]

How I create 2D animation with drone light painting