I do love these ‘research findings’ that drop into my inbox periodically. I get all sorts, from ‘Brits value their digital photos more than their cars’ to ‘Customers more likely to have nude pictures printed on canvas rather than cars.’ (The syntax is dreadful there. They didn’t mean that canvas was a more likely medium for a nude print than a car; rather that people were more inclined to print nudes as opposed to photos of cars.) But the latest one suggests that tourists are getting frustrated trying to take photos of tourist hotspots because of tourist overcrowding. When you’ve recovered from the irony overload there, I’ll continue. 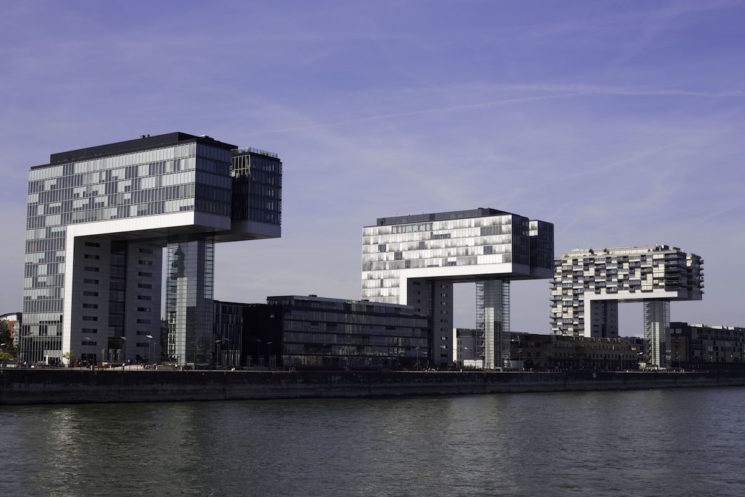 Huawei questioned over 1,000 British holidaymakers and found that overcrowding (25%), being unable to get up close (22%), and struggling to get the right angle or lighting (16%) were listed as the top reasons for their holiday snap disappointment. Furthermore, extrapolated figures suggest that UK tourists spend a collective 25 million hours queuing to view and photograph landmarks. That’s a lot of time spent hanging around trying to get a photo that doesn’t make your heart sing.

Supposedly, the top ten trickiest-to-photograph landmarks in the UK, according to Brits, are:

While across the entirety of Europe, Europeans find these landmarks the toughest to photograph:

I can’t let this one lie. No. That’s too much time not holding your lover’s hand, enjoying ice cream, splashing in the sea with your children, wandering markets or galleries or museums, or watching the world go by after lunch wasted in the name of photography.

What you need to ask yourself is why are you taking the photo? Is it because where you are is breathtakingly beautiful and you want to be able to hang a photo of it on your wall? Or it is more to act as a memento: a reminder that you have been there and a trigger for happy recollections? Perhaps it is a little of both.

Depending on why you want to photograph something, you can approach your subject differently.

For photos of stunning scenery and amazing architecture, you will be rewarded by taking your time, assessing the light, considering your angles, and arranging your day to photograph your subject when there will be fewer people around and about.

If what you really want is a photo to remind you of being there, it doesn’t need to include the entire building or vista. Look for the details, instead. Get creative with angles and close-ups. Or think about it as a portrait opportunity.

With all of this in mind, here are a few suggestions, together with examples drawn from those top ten lists of tricky landmarks, to help you on your holiday photo way.

This is the first rule that we teach our students at the Photocritic Photography School. Get closer. If you’re faced with a landmark that is awkward to photograph in its entirety, getting really close, hunting out the detail, and looking for the quirks in it can generate some brilliant images that are unusual and evocative. 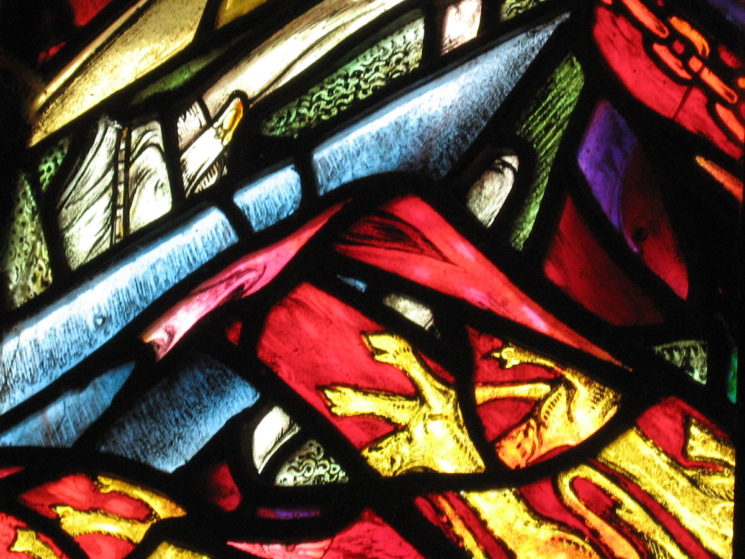 I took this photo of the stained glass in St Margaret’s Chapel in Edinburgh Castle many years ago. The castle is the second most visited attraction in Edinburgh, and it’s huge. Photographing it can be tricky. However, by seeking out something small, which comes from the oldest surviving part of the castle, I created a compelling image.

It remains one of my favourite photos. No, there is nothing about it at all that suggests it is Edinburgh Castle, but I know that’s where it was taken. And moreover: it’s beautiful. It always happens to provoke conversation, too. (Is it a codpiece? Possibly!)

2. Turn it into a portrait

If you’re struggling to bring life to a building or a vista, or if there are just too many people around to get the exact shot you want, try for a portrait instead. If you’re travelling with others, it’s a great way to remember being in a particular place with them. 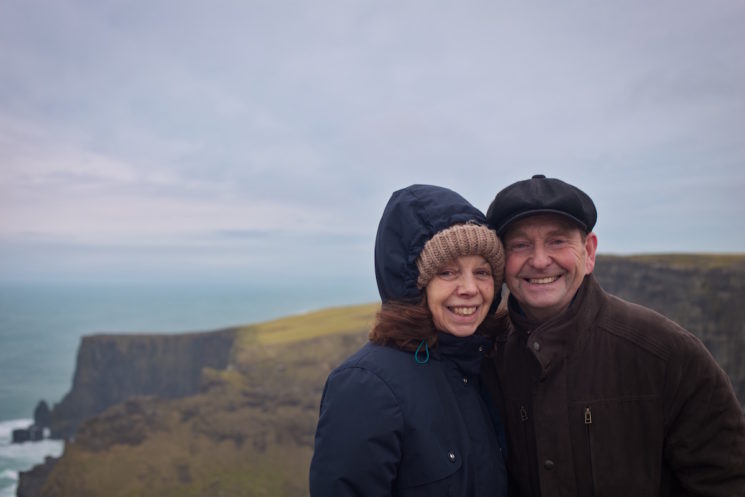 When I visited the Cliffs of Moher with my parents, it was a fiendishly windy day in January. My biggest struggle was actually remaining upright in the face of gusts of wind coming straight off of the Atlantic, high on a cliff. And while I did manage to get some pretty shots of the cliffs themselves, my favourite photo is of my parents. My mother’s slight grimace and my father’s grin–so typical of him–with the cliffs in the background means a whole lot more to me than the waves crashing against the stone.

When people are getting in the way of your shot, or when a building is too tall to comfortably fit in your frame, get really close to it and look up. I’ve tried this at the Duomo in Palermo, outside Lloyds of London, at the Gherkin, in front of the Fitzwilliam in Cambridge, and for Sydney Opera House (amongst others): it works a charm.

It works for the Leaning Tower of Pisa, too. 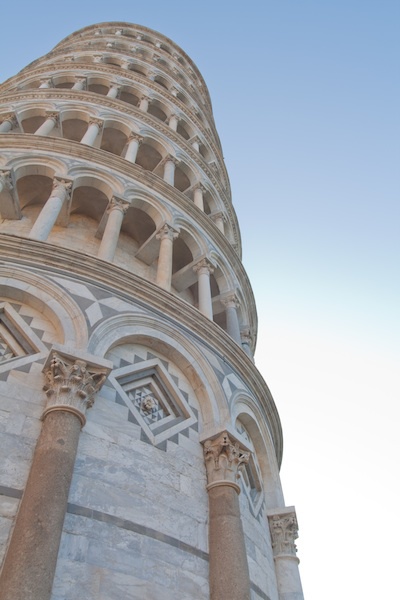 To photograph the bell tower of Pisa’s Duomo without the view being obscured by tens, if not hundreds, of ‘Pisa Pushers’, I have two suggestions. First, don’t try to do it from the lawn. Get closer! Second, go very early in the morning. Six a.m. at the Duomo is magical, and the stone glows pink in the morning light. You will be richly rewarded.

Standing on Grassmarket or Calton Hill will get you the tourist-free shot of Edinburgh Castle that eludes so many. While you might not want the Palace of Westminster as it currently looks, being shrouded in scaffolding, photographing it from across the river will take in the entire scene. Similarly, St Paul’s Cathedral photographed from the south bank pier of the Millennium Bridge might come with plenty of pedestrians, but you will manage a photo of the dome without any impediment. 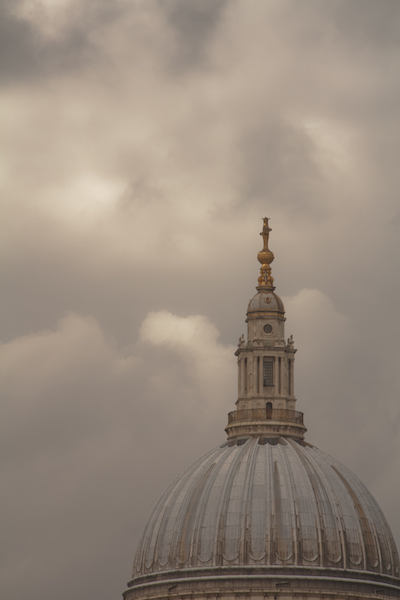 5. Do you really need a photo at all?

It might be terrible photography advice, but sometimes drinking in every sensation from a scene and searing it into your memory is far better than anything you could ever commit to pixels or paper.