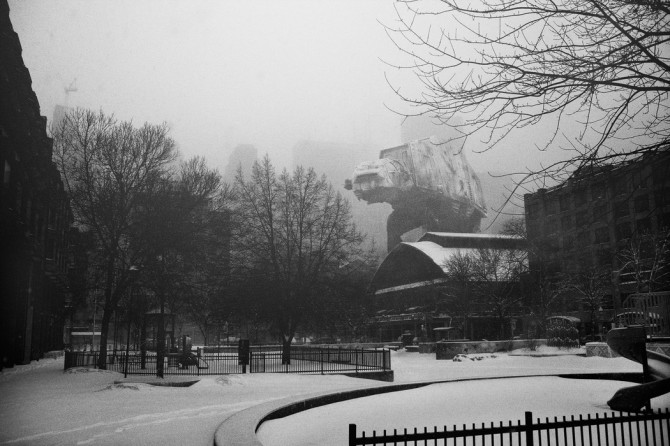 For some impossible realities. For others, like Canadian photographer Thomas Dagg, a daily sighting.

Thomas takes the wonderful streets of Toronto and mixes it with his childhood memories. The city succumbs to Thomas’s strong memories of renting the trilogy over at Blockbusters, through almost dying to get a Chewbacca action figure.

I remember bringing home each of the three movies from the local Blockbuster for the first time. I remember unwrapping the box set for Christmas from Santa. I remember the first Star Wars toy I received; Boba Fett (a reward for being a good boy while getting teeth pulled). I definitely remember wearing out the tapes from playing them every single day after school. Heck, I can pretty much quote the entire trilogy word for word.

Each and every Star Wars figure and ship I own, I can recall the name, where/how I got it, and their roll in my imagination. I can put each of their blasters or missiles on the correct characters and in the correct ships. I got my first stitches making a helmet for a storm trooper and I learned how to prioritize and save for my wants… or at eight, my needs. # 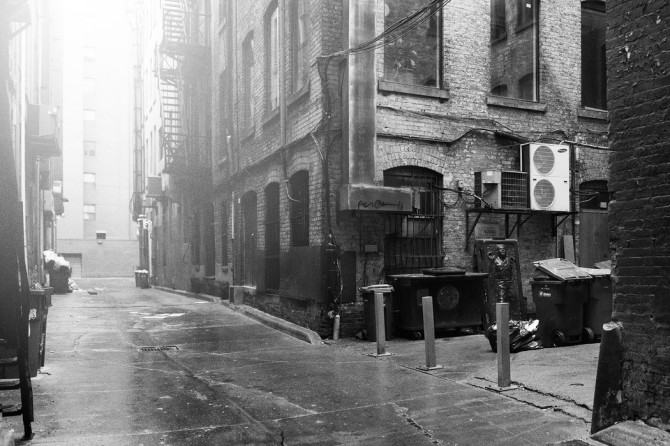 Thomas tells The Star about how he sees the world:

The photo project, he said, has taken two years of “lens trickery” and angle arrangements (and a healthy use of Photoshop) as he attempted to mirror techniques used to film the original sci-fi movies.

If I saw something in the world that reminded me of how I saw things when I was that young, I would take a photo of it, The air show, for instance, I imagined had Star Wars ships instead of airplanes.

And so Toronto is recreated with the talent of an adult photographer, but through the eyes of an eight-years-old loving his star wars stories. 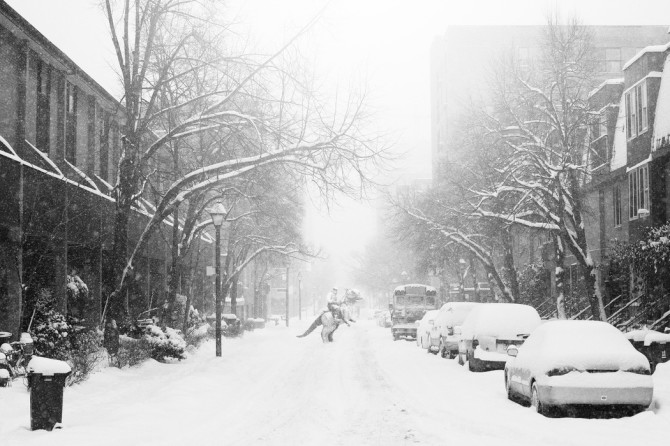 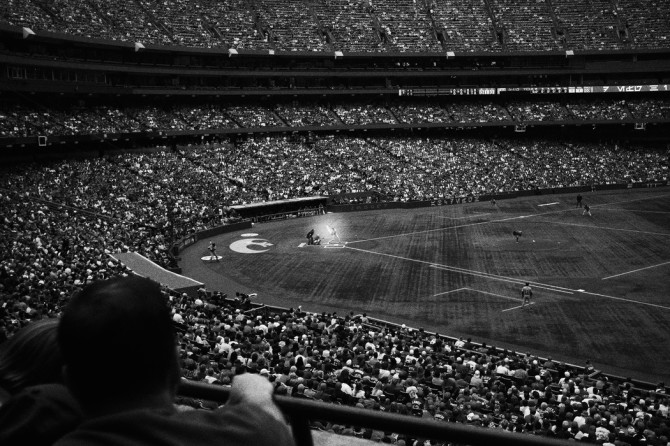 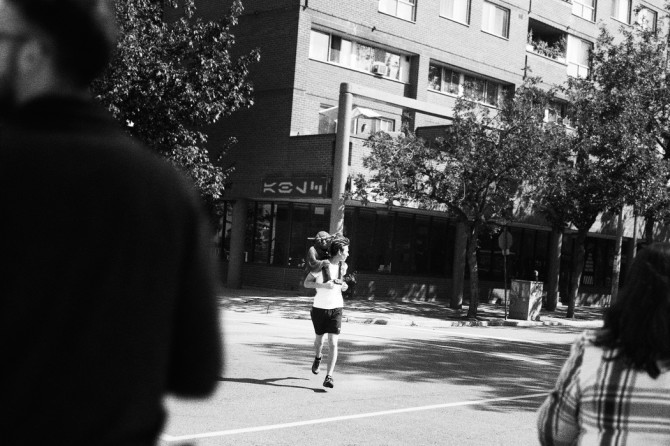 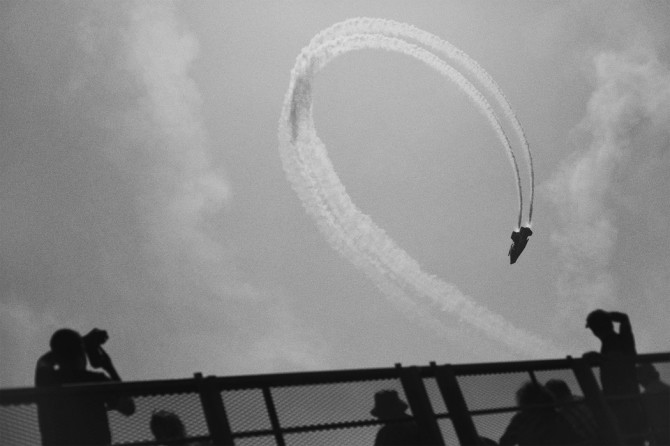 and more on Thomas’s site