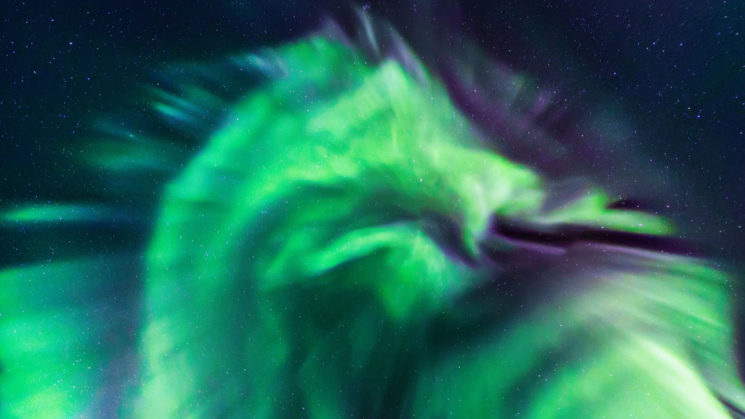 We just posted yesterday about the incredible sights that nature can present us with when Ted Chin showed us his photographs of the Firefall at Yosemite National Park. Things like that, though, you can plan for. You’re never guaranteed to see it as well as Ted did, but you have a reasonable idea of when it’s going to appear.

This, though, is something completely random, that you can never plan for, or even consider getting in your wildest dreams. Photographer Jingyi Zhang was in Iceland earlier this month and they actually managed to photograph the appearance of a dragon in the Northern Lights display over Iceland.

Sure, there are ways to predict where and when you have a good chance of seeing the Northern Lights, but to have it come out as perfectly as this? 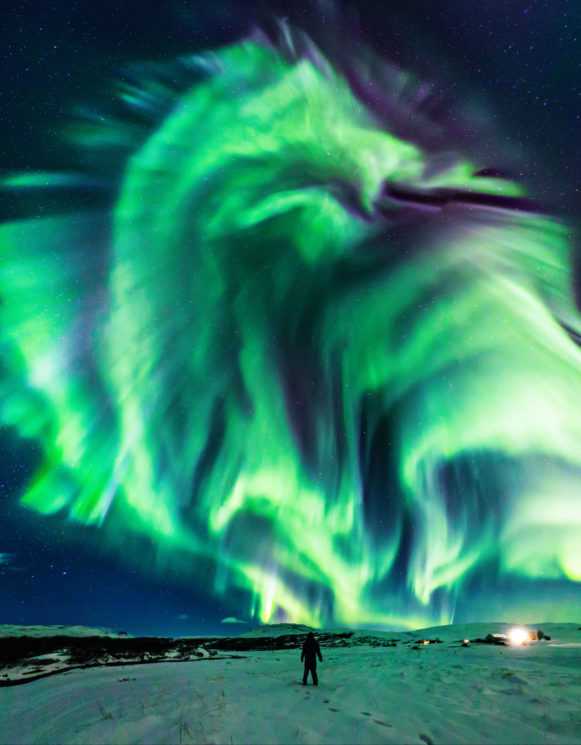 This truly is a once in a lifetime shot. And it’s particularly surprising as NASA reports that no sunspots have appeared on the Sun up until this point in February, which makes the auroral activity somewhat rare.

DIYP Spoke with Jingyi, who tells us the image was shot in Iceland earlier this month using a Canon 5D Mark IV with a Sigma 14mm f/1.8 Art lens. And even with the lens almost wide open at f/2.0, and a rather high ISO12800, it still took two whole seconds to expose the shot. And as for that figure standing on the ground? That’s the photographer’s mother who ran out to see what was going on in the sky with her own eyes.

Talk about being in the right place at the right time.

Have you noticed that the dragon looks a little familiar, though? Don’t recognise it? How about now? 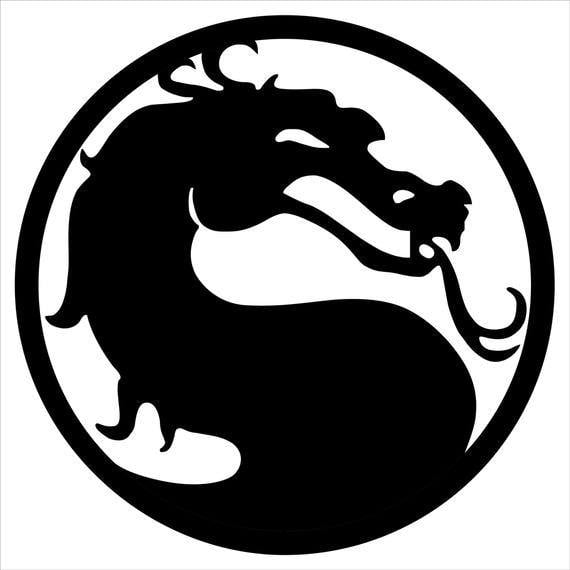 It looks to me like Jingyi certainly got a flawless victory with this photo!

« Deal alert: Western Digital Elements 10TB desktop drives are only $159 until the end of today
Here are the winning photos of Apple’s controversial “Shot on iPhone” contest »