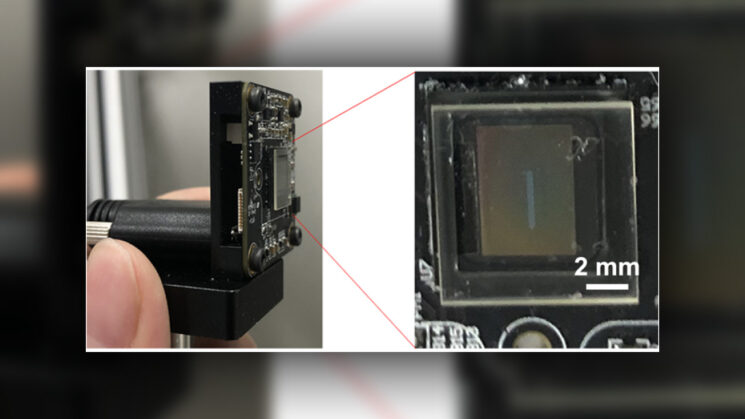 Metalenses have been a thing for a while now. We first wrote about them here on DIYP back in 2016 when a team at Harvard first built a lens that’s even thinner than the waves of light being focused. The goal of such lenses is to essentially shrink cameras down as much as possible. They use nanostructures to focus the light instead of the optics we’re used to in more traditional lenses, but they have something of a flaw.

It’s kind of a fatal flaw, too, and that’s image quality. The images aren’t really sharp, nor are they high resolution – especially when it comes to wide angles. They’re “ok” with a little help from AI, but they’re not great. Now, though, a team of researchers at Nanjing University in China believe they’ve solved the issue, by not just using a single metalens, but a whole array of them, with each tuned to a range of different angles.

Schematic diagram of the principle and device architecture. (a) Schematics of wide-angle imaging by MIWC. Zoom-in figure shows the imaging principle with each part of the wide-angle image clearly imaged separately by each metalens. (b) Photograph of MIWC. The metalens array can be seen in the middle of the enlarged figure on the right. (c) Architecture of MIWC. The metalens array is integrated directly on the CMOS image sensor (DMM 27UJ003-ML) and fixed by an optically clear adhesive (OCA) tape (Tesa, 69402).

The array proposed in the paper is essentially comprised of a number of metalenses that each point and focus on different parts of the scene before it. This allows each one to focus in on a very specific part of the view without worrying about softness or issues in other parts of the shot because other lenses have those covered. They’re then stitched together to create the wide-angle shot with the best possible detail that microlenses can create throughout the entire image.

In principle, the solution they describe is a lot like shooting a bunch of images with a narrower lens on a DSLR or mirrorless camera and then stitching them together in post to create the wide-angle shot that you ultimately want to create. Although this camera is way smaller than your DSLR or mirrorless camera, even without its lens, measuring only around 10 x 10 x 3mm in size and it sees and shoots all those angles at the same time.

Despite metalens research having been a thing for a few years now, with some pretty cool, interesting and very promising developments – including this one – they’re still a long way from being implemented in the tech we use every day in things like smartphones – devices for which such a camera system would be ideally suited. Despite the limitations of the small sensors in those computers in our pockets todaay, they still produce better quality results at a lower cost than metalens camera systems do right now.

But in a few years, who knows?

You can read the complete paper on the new metalens array here.

These flat metalenses could revolutionize photography