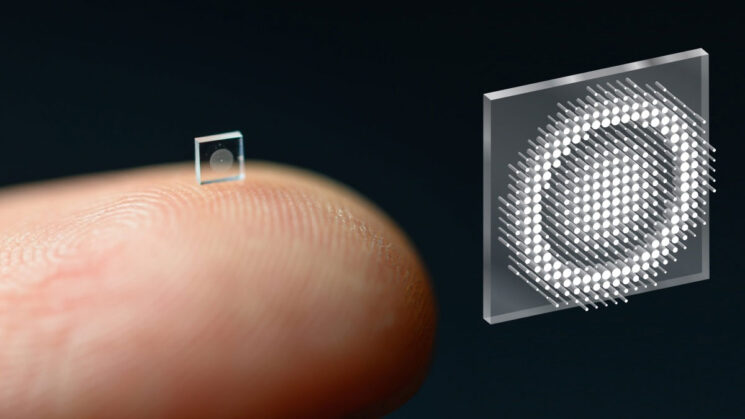 Teeny tiny micro-sized nano-optics cameras are a relatively new development and it’s been very exciting to follow. They just keep getting smaller and better. Now, researchers at Princeton University and the University of Washington have managed to create a fully functional camera that’s as small as a grain of salt. A large grain of salt, but still, that’s mighty impressive.

The “size of a grain of salt” thing has been used before, back in 2016, with respect to the lens, and array of which was placed onto a high resolution CMOS sensor. Now, though, it’s a complete camera at that size. 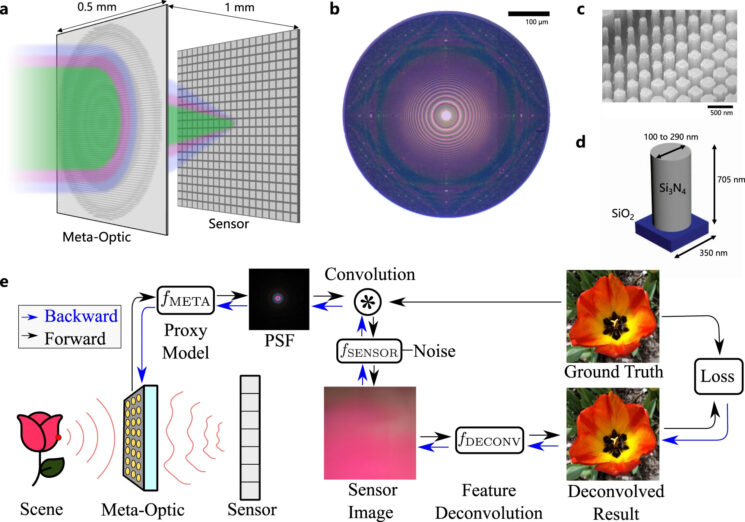 According to Phys.org, the new camera produces “crisp, full-color images on par with a conventional compound camera lens 500,000 times larger in volume” – which is a big leap in tech compared to the typically soft and monochrome images we’ve seen from such lenses in the past. The lens in this case uses what’s called a metasurface that’s only half a millimetre wide and contains 1.6 million cylindrical posts, with each as potentially small as 1/100th the size of a red blood cell.

Each individual post has unique geometry to correctly collect the light and produce usable data which is then fed through machine learning algorithms. They say that this produces the highest quality and widest field of view of any full-colour metasurface camera to date. 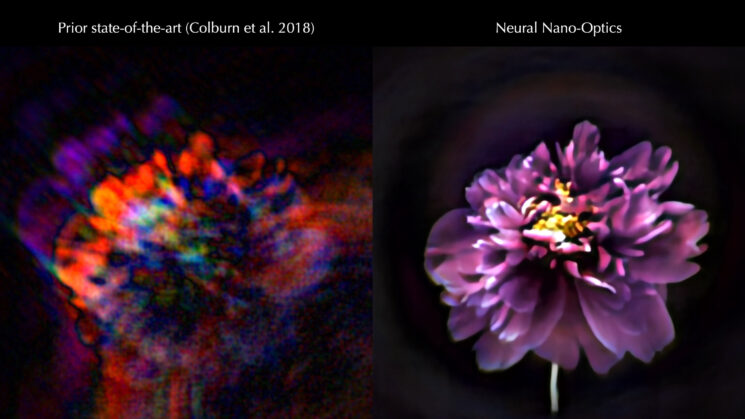 What led to this leap? Well, the big innovation seems to be integrating the optical design with the signal processing algorithms that produce the image. Previously, laser light under laboratory conditions was required to produce anything of reasonable image quality.

Although the approach to optical design is not new, this is the first system that uses a surface optical technology in the front end and neural-based processing in the back. The significance of the published work is completing the Herculean task to jointly design the size, shape and location of the metasurface’s million features and the parameters of the post-detection processing to achieve the desired imaging performance.

We’re definitely still a few years off this technology going mainstream – probably at least a decade – but this is a pretty significant development in nano-camera and metasurface technology. Who knows, though, maybe we’ll finally see smartphones with cameras that don’t protrude out of the back by 2030?

You can read the complete paper on the new technology here.