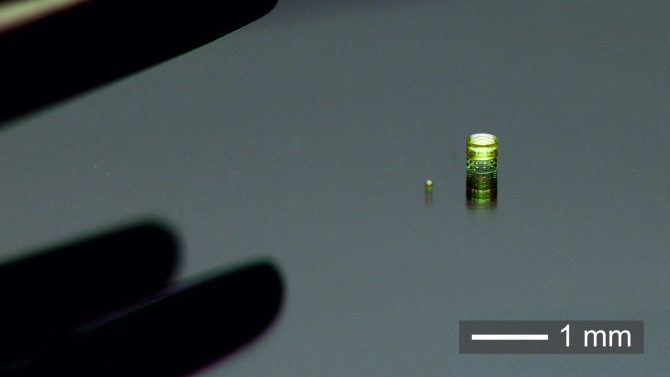 Everything seems to be getting smaller and smaller these days. Cameras and lenses don’t seem to be immune to this phenomenon, despite some cameras pushing for bigger.  Of course, there’s no real right or wrong when it comes to the size of your camera, just whether or not it will do the job.

One of those jobs for cameras is medical, and scientists at the University of Stuttgart are really taking it to the extreme in a new paper published in Nature Photonics, producing lenses that are 120 millionths of a meter in diameter. 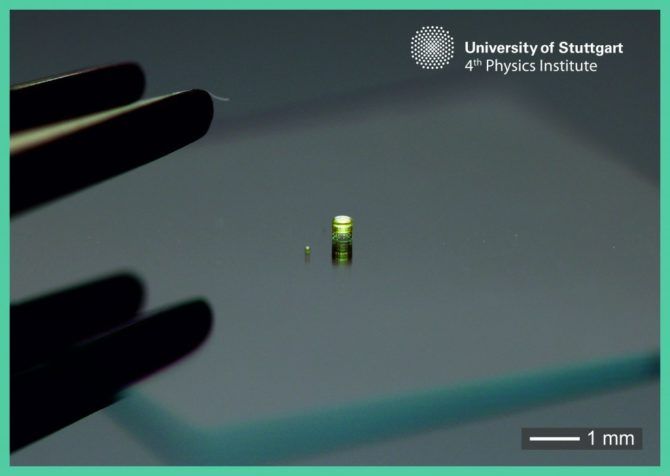 The multi-lens system on the right looks positively massive compared to the single doublet lens on the left.

According to the paper, the tiny micro-lenses are produced using 3D printing.  This demonstrates that such not only tiny optics can even be 3D printed, but it also solves some major roadblocks in current manufacturing methods.  The key one being how small you can actually make a viable optical lens.

The lenses include single, double and triple optical elements, and were printed on strands of optical fibre, as well as directly onto standard CMOS sensors like many of us have in our DSLRs or other digital cameras. 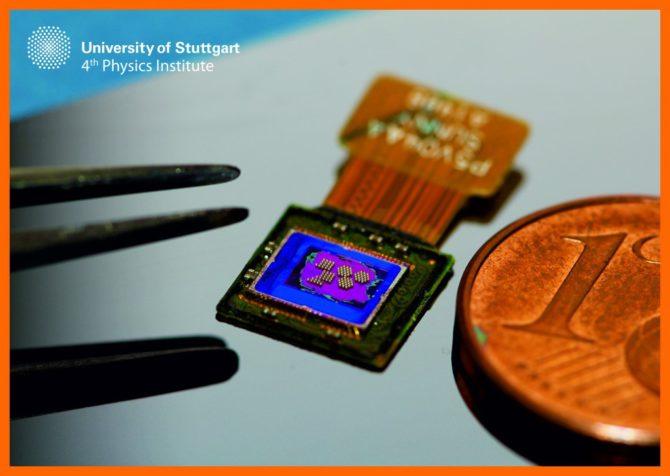 An array of doublet lenses printed directly onto a CMOS image sensor.

There’s a super technical way of explaining how they made them, but to put it simply, they’re using an ultra fast laser to strategically harden parts of a light sensitive material resting on a glass substrate.  After the “printing” is complete, the unexposed areas of material are washed away, and you’re left with just the lens.

What’s most interesting about it, though, is that they’re not doing this using multi million dollar lab equipment, but on a commercially available Nanoscribe laser lithography 3D printer.  A few years ago, Nanoscribe demonstrated the printer’s abilities by recording it in real-time as it rapidly built a 3D model of a spaceship the size of a human hair.

The researchers suggest adding anti-reflective coatings to further improve image quality, as well as tweaks to make the surfaces even smoother.  Two limitations of the current micro-lenses that they hope to overcome are the fixed “focal length”, and focus systems.  Zoom and variable focus are definitely on their to do list.

It’s a very cool technology, and has amazing medical implications.  Right now the whole rig is reported to fit inside the needle of a syringe and could be directly injected into organs or even the brain to see what’s really going on inside a person without being anywhere near as invasive as current methods.

It’s also quite a potentially scary technology.  The fact that it’s apparently so easy to produce (assuming you own a Nanoscribe printer) means that a whole host of companies in various sectors could pick this up.

With the rapid developments in other areas like drone technology, we could start to see those insect-sized flying spy drones become a reality very soon.  Or, perhaps, not see them, which is kind of the point.  It could also make Sony’s contact lens camera technology obsolete before it’s even been made.

I probably wouldn’t expect to see this in your cellphone for a while, but who knows where this technology may lead in the future.  Let us know what you think in the comments.