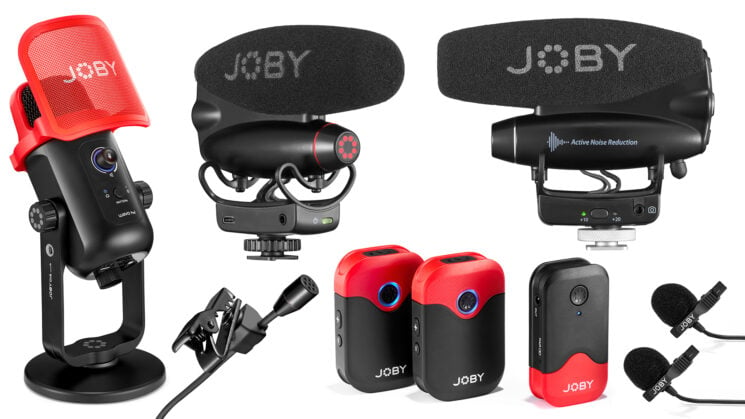 Joby, the company famous for its GorillaPod line of bendy tripods, has always had a pretty strong focus on vloggers, social media shooters and self-contained content creators. They’ve also released a microphone or two in the past, but now they’re planning to take that sector of the creator market head-on with a new range of Wavo microphones. But have they released just one new microphone? Oh no. There are five of them!

Joby is owned by Vitec now, so you know they’re going to go big or go home. And go big they have, announcing five new microphones all at the same time to launch their newest range of “Wavo” microphones. Well, I say they’ve gone big, they’re all fairly small, with a dual wireless microphone kit, a lavalier mic, a couple of on-camera mics and a large-diaphragm condenser for sitting on your desk.

First up, we’ve got the Joby Wavo PRO, a new powered on-camera “smart” microphone. While I haven’t heard the sound it records, it boasts an impressive looking set of features. There’s all of the usual stuff we’ve come to expect, like auto power on/off, safety channel recording, high-pass filter, a boost and a pad, but it also brings some interesting new ones, too. Like a microphone socket (yes, an input) so that you can plug a second mic into the first one for things like interviews where you might want to record multiple people on separate microphones. 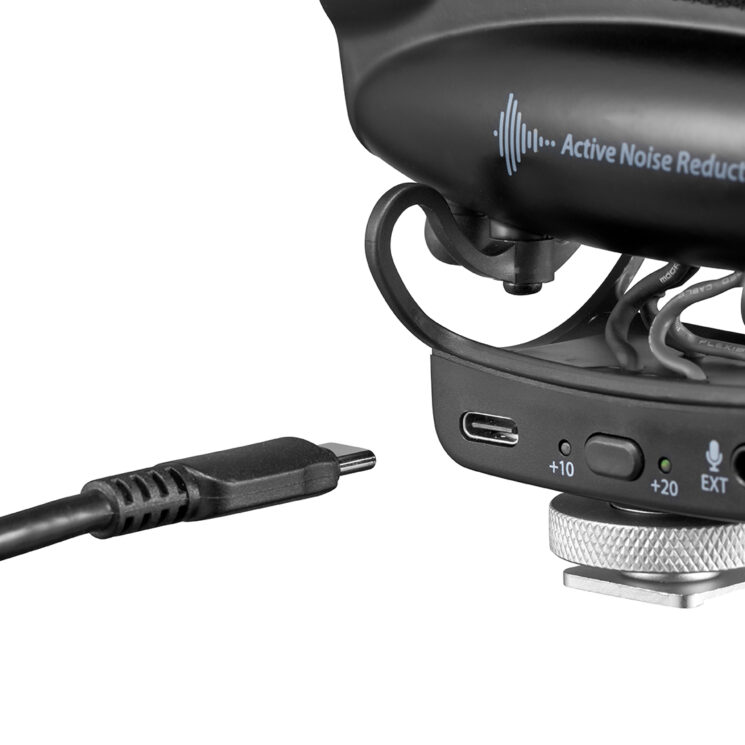 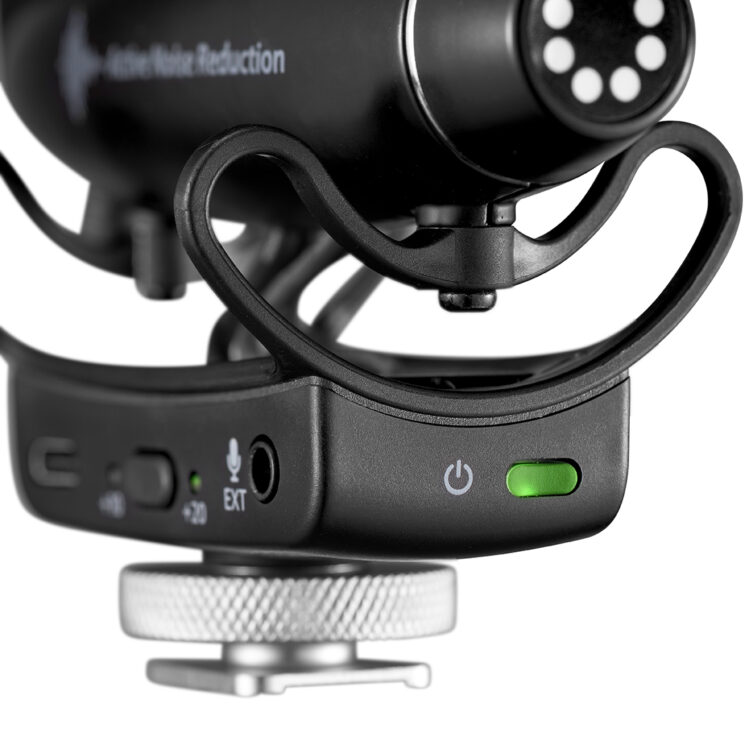 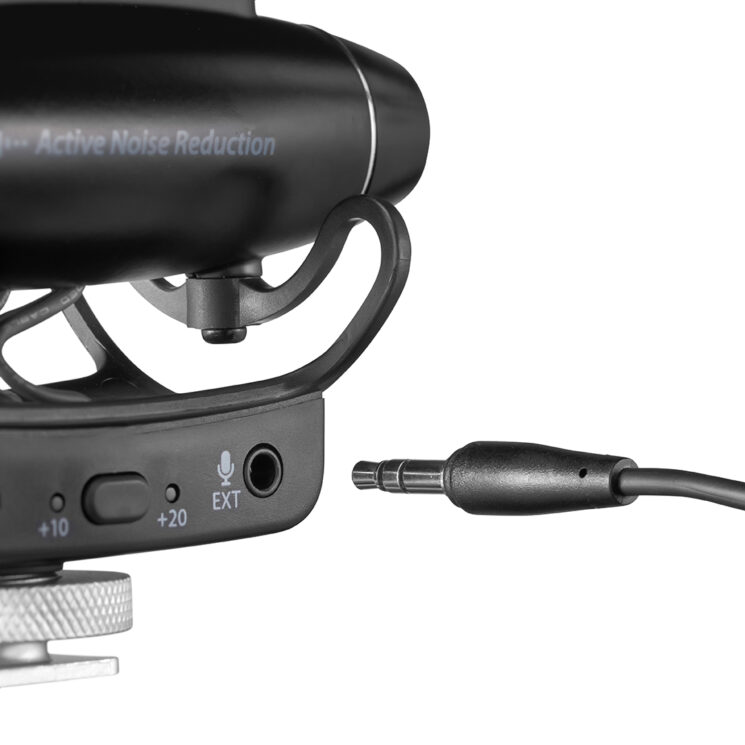 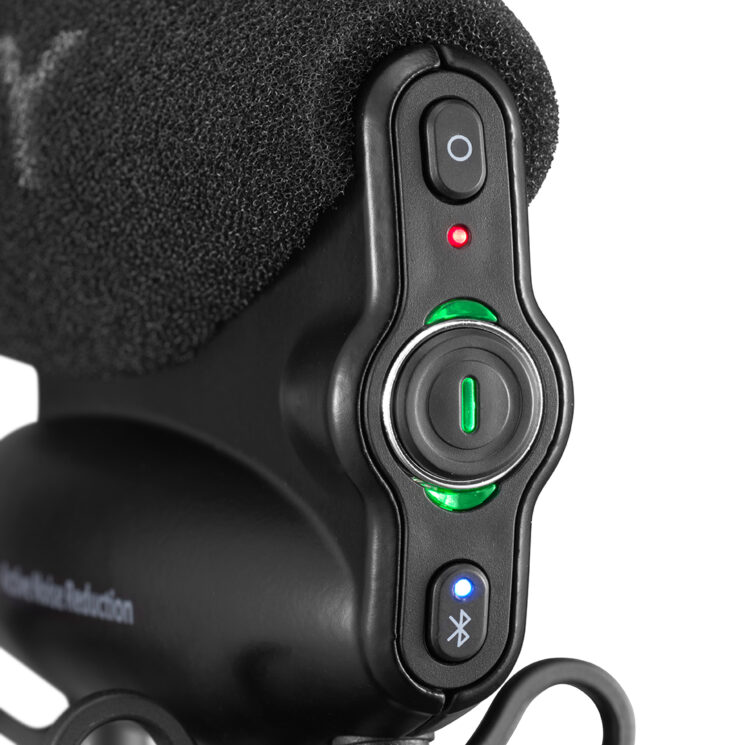 You get up to 60 hours of runtime on the internal battery which can be charged up via Type-C USB. It also features Bluetooth to communicate with a smartphone app that offers real-time and remote visual monitoring of what the microphone’s picking up. The app also provides a full-on EQ to dial in that sound while you’re actually recording to reduce the amount of work you need to do in post when back at your computer editing your video. 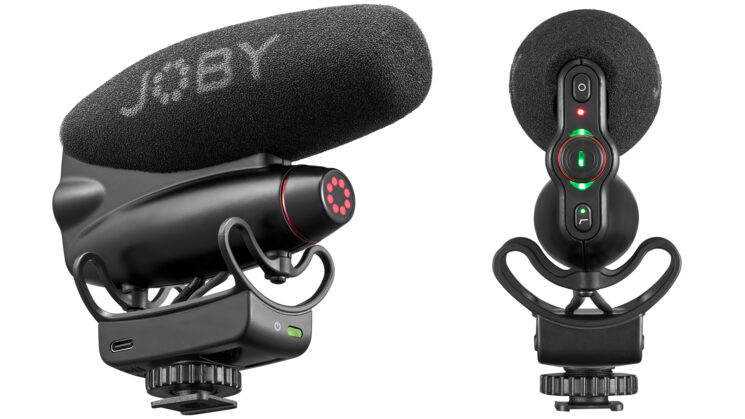 The Joby Wavo PRO DS is a “streamlined” version of the Wavo PRO with some of the bells and a few of the whistles. You get the same general design, the same 60-hours of runtime from an internal battery, the same safety channel recording and a high-pass filter instead of the active noise reduction found in the PRO model above. It shares many of hte same internal components and integrated LEDs let you know about how your battery and audio levels are doing. 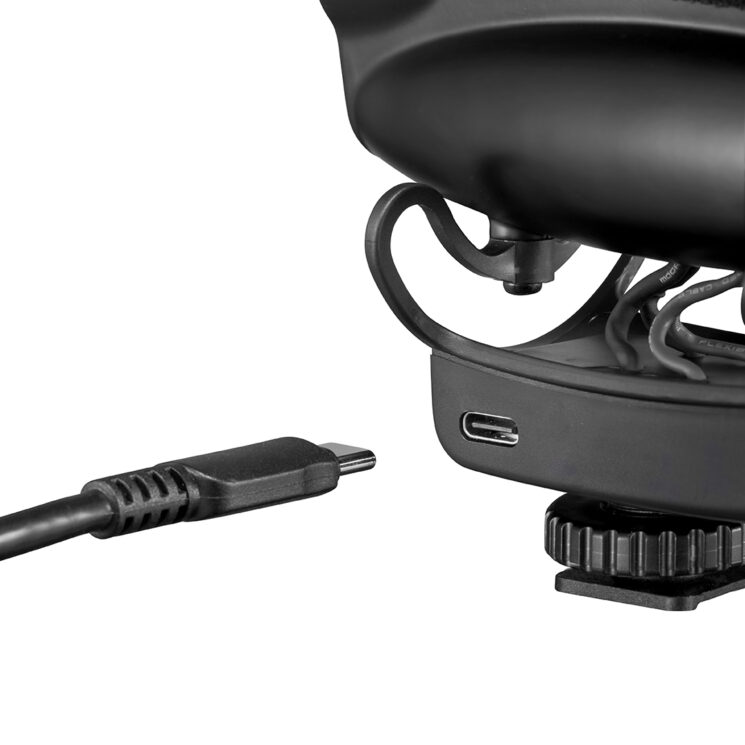 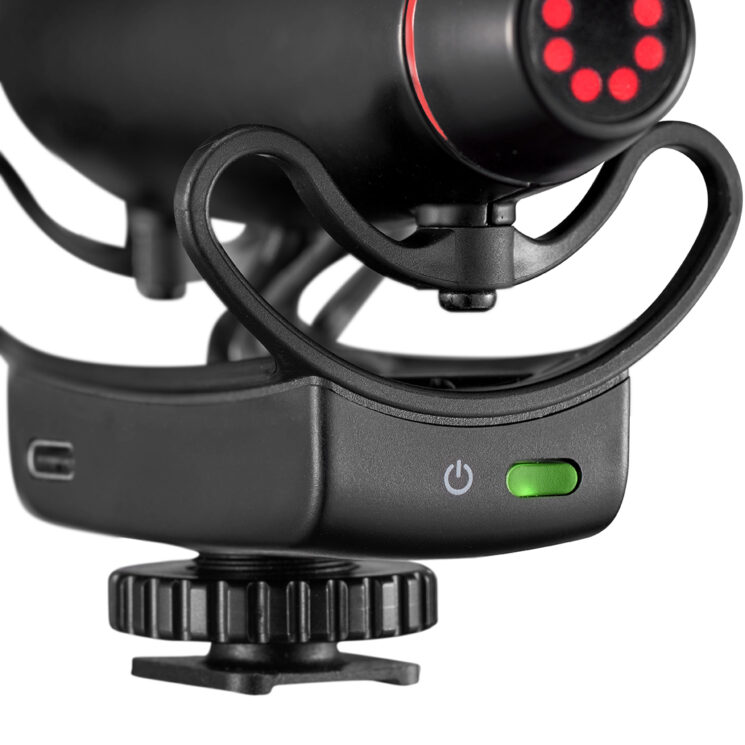 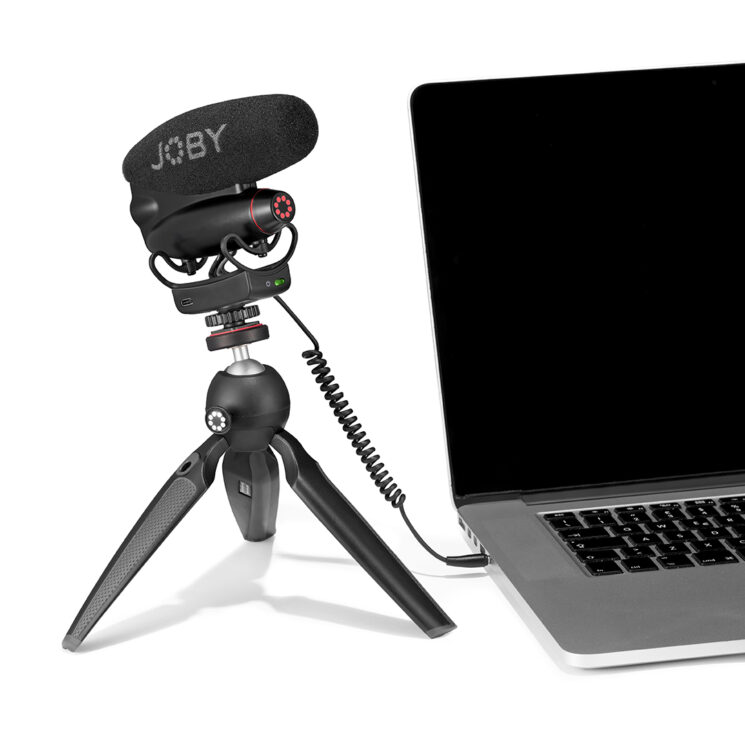 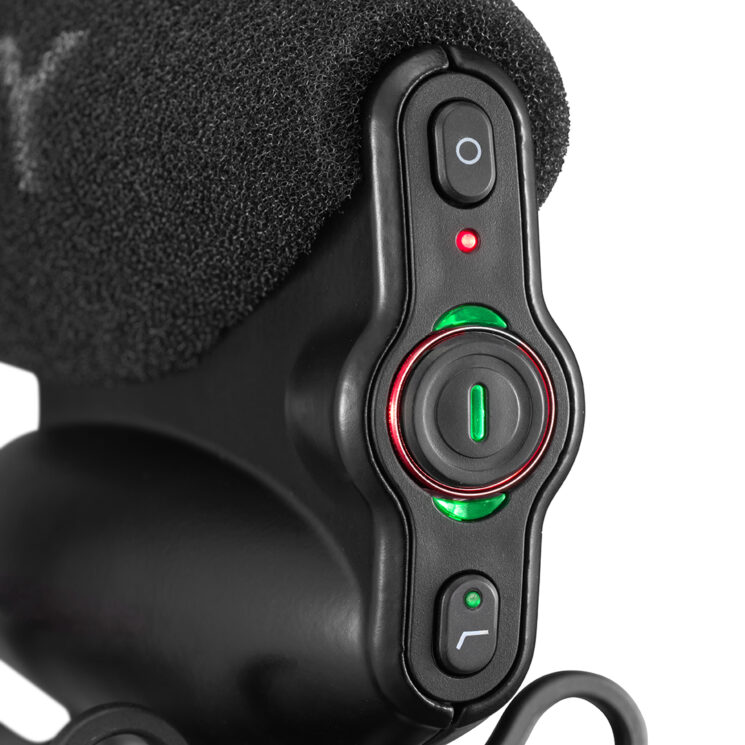 Another benefit of both the Wavo PRO and Wavo PRO DS is that as well as offering an analogue output, they can also act as digital audio devices when plugged straight into the USB socket of your laptop or smartphone. This is a feature we’ve seen very little so far in on-camera microphones. In fact, the only other microphones offering this feature that spring to mind are the Rode VideoMic NTG and the recently released Rode VideoMic GO II. So this is a very beneficial feature if you’re regularly recording voiceovers for your videos at the computer or you just wish to use it as your regular computer microphone for Skype, Zoom, etc. when you’re not shooting video.

The Joby Wavo PRO DS is available to pre-order now for $249.99 and begins shipping in March.

The Joby Wavo AIR is Joby’s response to the wave of small wireless microphone sets that have come out over the last couple of years ever since the world saw the launch of the Rode Wireless GO back in 2019. We’ve seen a whole lot of competitors to the Wireless GO released in the last three years so it makes sense for Joby to tackle this one, too, while they’re releasing their new range.

It’s an “Instant-pairing” dual wireless microphone kit that includes two transmitters, two lavalier microphones to plug into them, two furry windshields for when you’re using them outdoors and a single receiver to plug into your camera or smartphone. As with other microphones in their class, they’re pretty tiny and operate on 2.4Ghz, so you can use them license-free pretty much all over the world. You can also use them as wireless transmission for the Wavo PRO and PRO DS microphones above to boom over your subject. 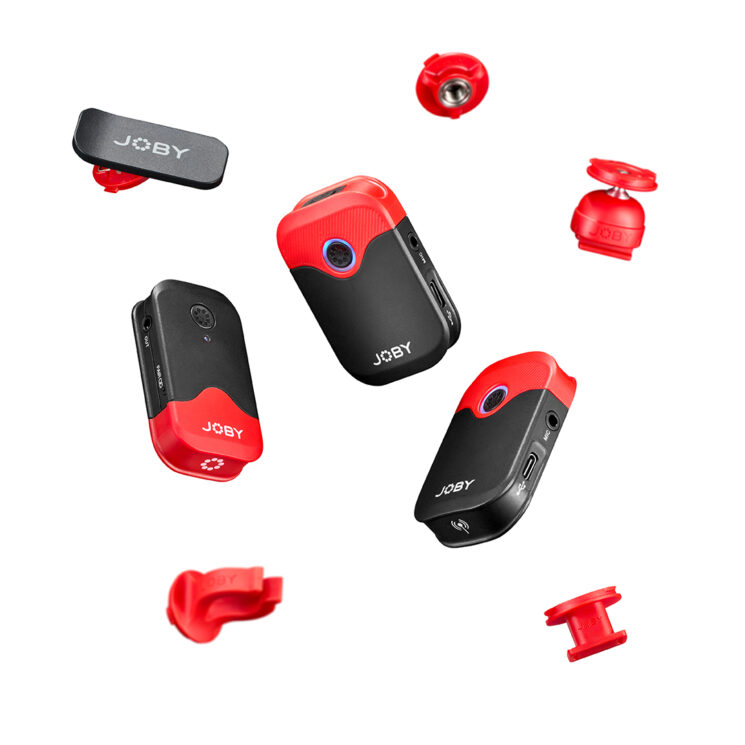 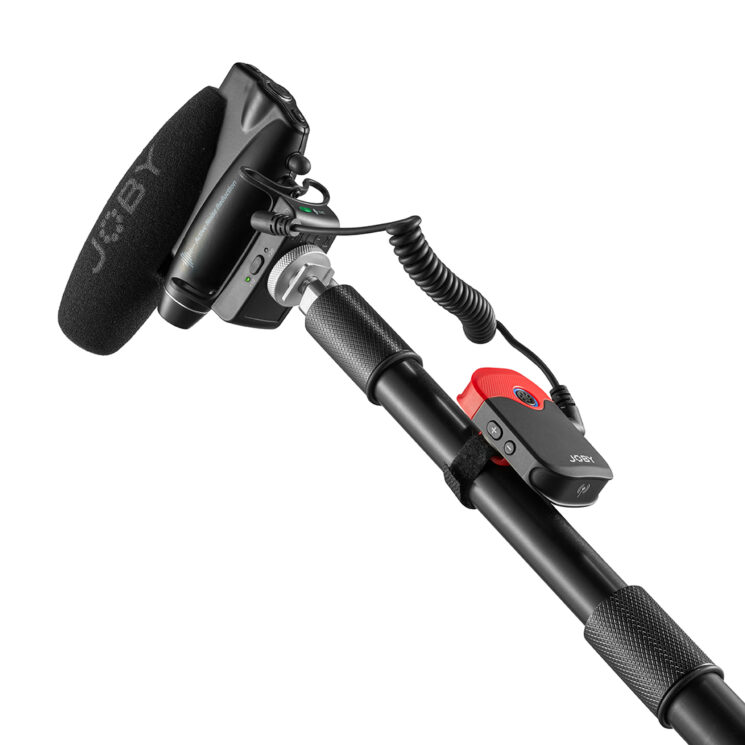 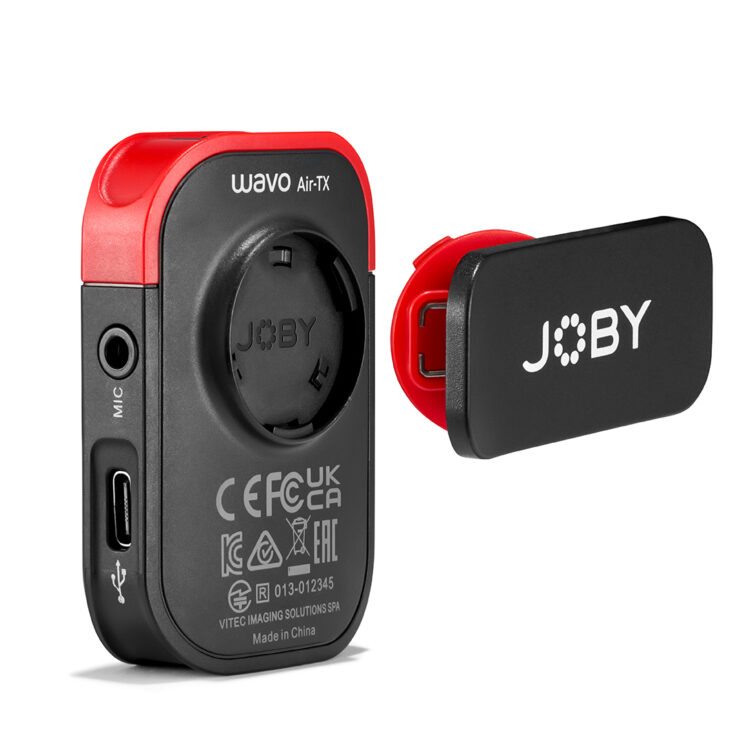 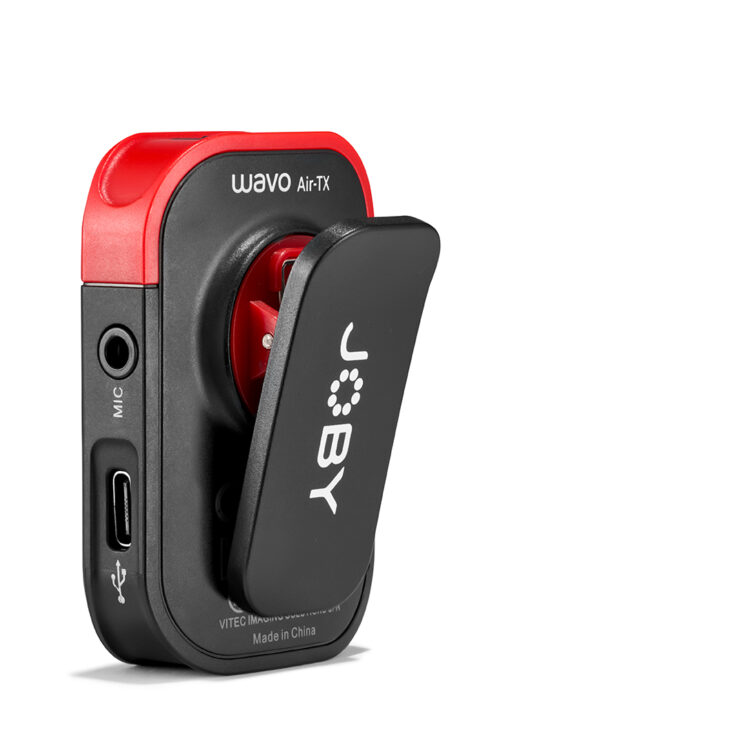 You get up to six hours of working time on each unit via the internal batteries and they charge up over Type-C USB. But you can also charge them while you’re using them, too. So, if you’ve got these clipped out of sight on your subject, you can plug them into a power bank to make sure they don’t die in the middle of the shoot.

If you already have a wireless microphone system and you just need to get new lavs, or perhaps you want lavalier mics that are a little bit better than those included in the Wavo AIR kit, there’s the new Joby Wavo Lav PRO. Joby says that it’s their first “pro-grade” lavalier mic and it’s designed for “big sound with a small footprint”. It features a professional grade capsule with a foam windshield – although there’s no word on a fluffy one for more extreme conditions. 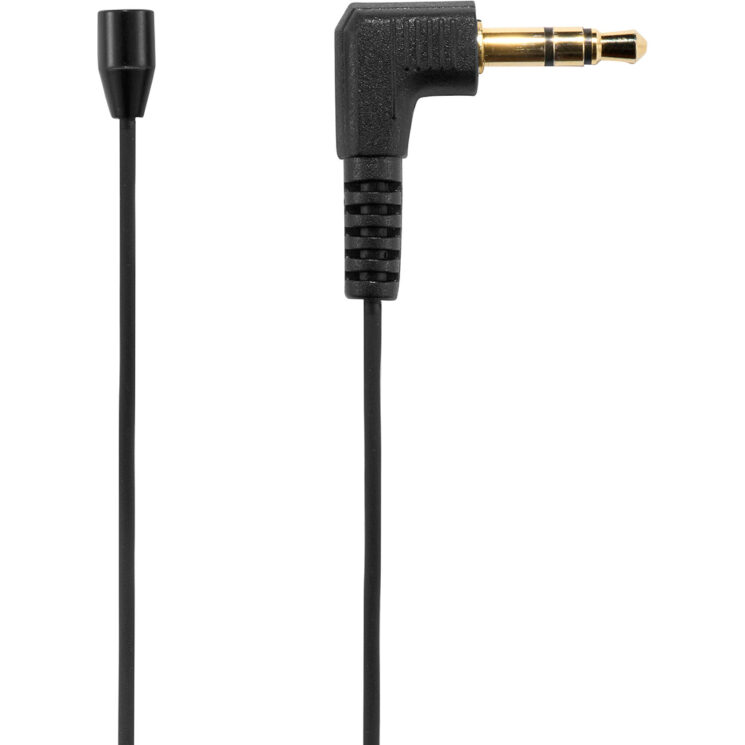 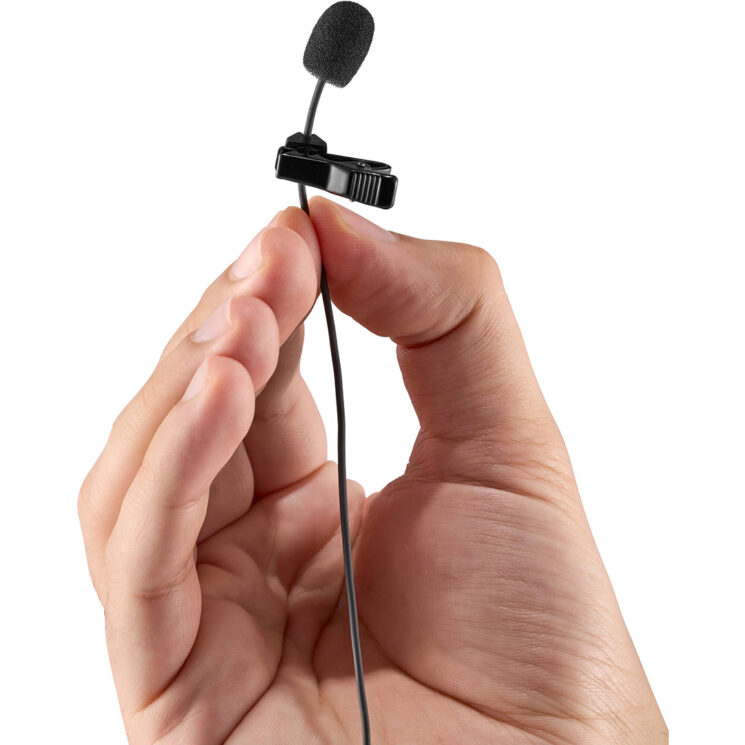 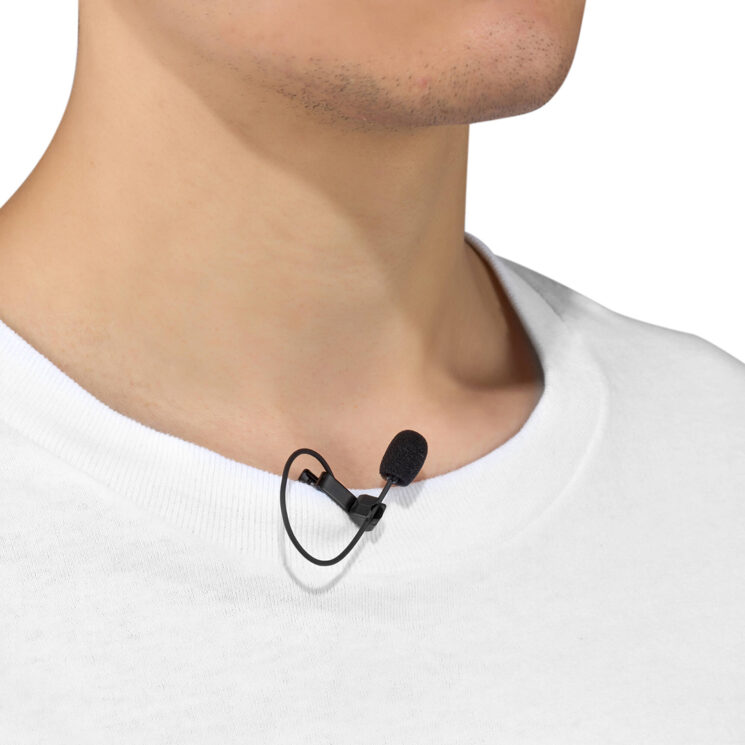 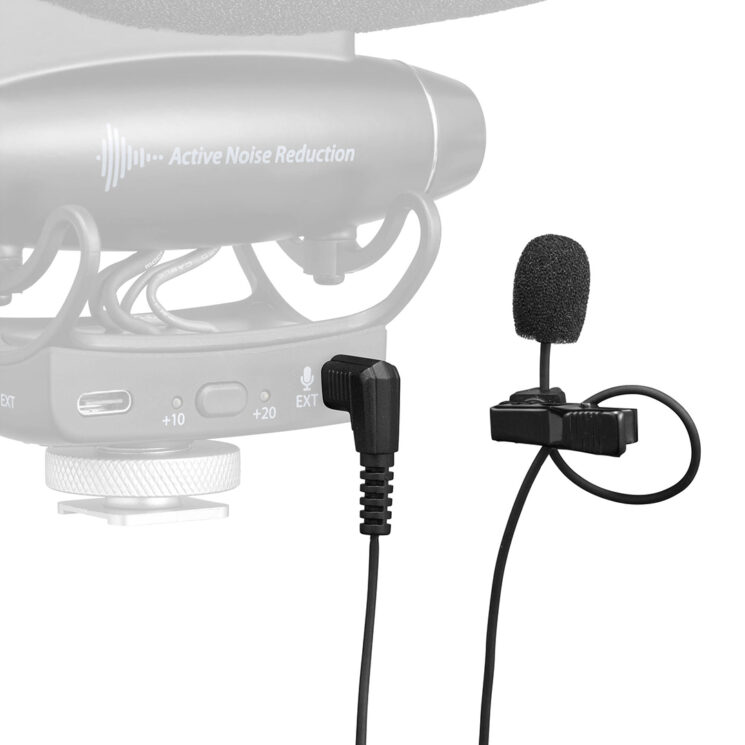 At 2.5 metres long (or about 8ft), the cable for this thing is long and it has a standard 3.5mm TRS socket on the end. So, you can wire it onto your subject pretty much however you like without it snagging inside clothing. Ok, so the cable might sound ludicrously long, but if you want to send the signal straight into your camera (or one of the Wavo PRO mics above) that’s a few feet away without going the wireless route, then it’s going to be super handy. Also, with the current trend (or regulation, depending on where you are in the world) for social distancing on set, a 2.5 metre cable is going to allow somebody to easily listen in on the recorder or camera without getting too close.

Unlike the microphones above, the Joby Wavo POD is designed for use solely at the computer and not plugged into a camera. Of course, you could still plug it into your smartphone as your sound source for video, as it’s a USB microphone. It’s a large-diaphragm cardioid condenser designed primarily for things like voiceovers and podcasts. But you can also use it for all your usual computer needs, like Skype, Zoom, etc. too.

Underneath the microphone is a USB socket for connecting to your computer as well as a zero-latency 3.5mm TRS output for plugging in headphones to monitor the audio as it’s being recorded. There’s also a 3/8-16″ socket under there along with a 3/8-16″ to what is presumably 5/8-27″ adapter for connecting it to things like boom arms or other microphone stands if you don’t want to have it straight on your desk with the included stand. There are another pair of 1/4-20″ sockets on the side of the stand in case you want to attach it to something like a GorillaPod. 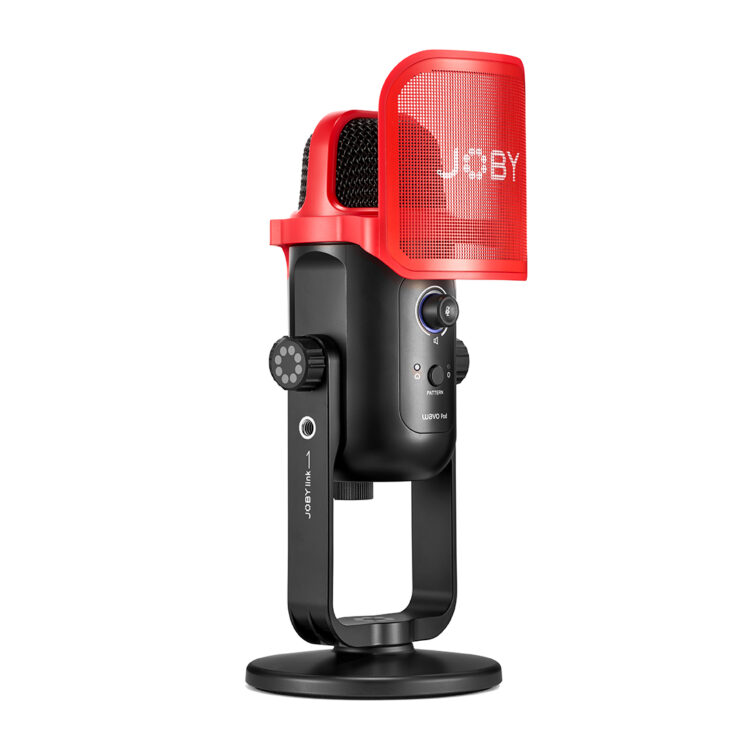 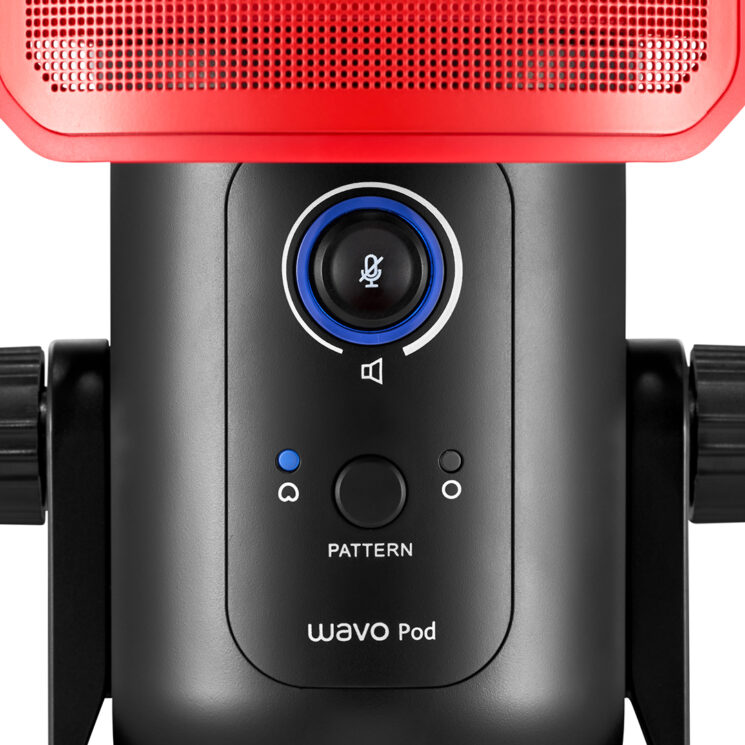 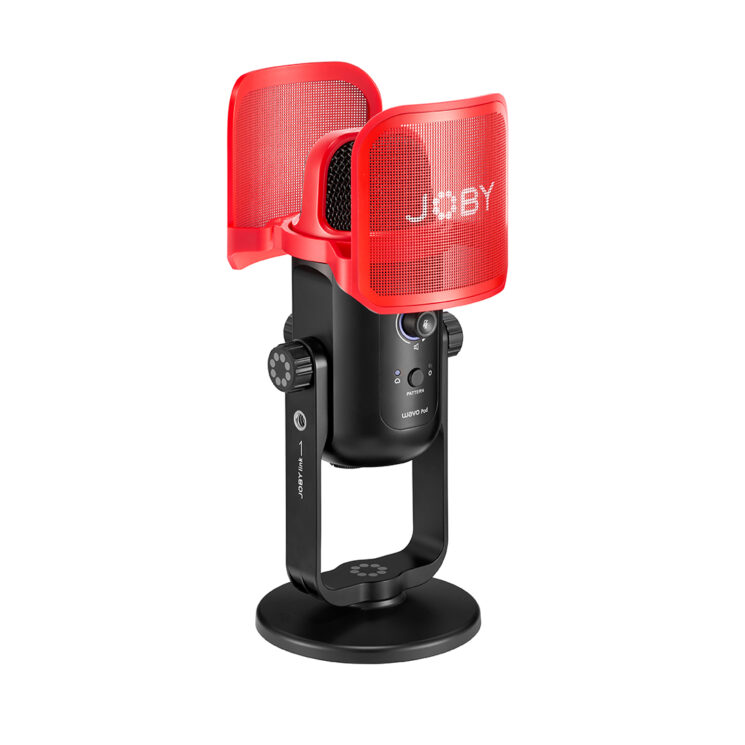 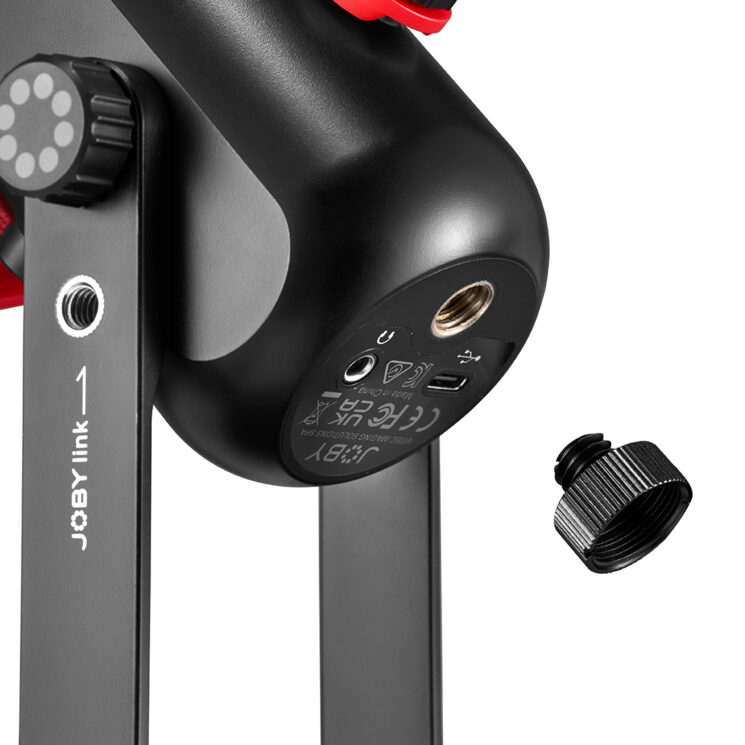 On the front panel, you can select between cardioid and omnidirectional pickup patterns, depending on whether you’re recording solo or want to pick up both sides of the microphone for an “across-the-table” type interview with one person at each side. There’s also a mute button for when you want to cut the microphone without having to fiddle around with software as well as a volume and gain knob.

The Joby Wavo POD will be available to pre-order soon for $99.99.

It’s certainly a nice collection to announce that Joby is taking audio more seriously than their initial offerings in 2020. And we now have another new big player in microphone town, although I don’t expect they’ll want to take on the likes of Rode, Sennheiser, Shure and others for the higher-end sector of the market and expect Joby will stick to their core vlogger and content creator audience.

That being said, given that Joby is owned by Vitec, I wouldn’t necessarily rule out the possibility that we might see a higher-end offering released under another Vitec-owned brand in the future. And no, that’s not any insider info or a rumour but it just wouldn’t surprise me is all, especially given that Vitec also owns Rycote, manufacturer of many of the most popular microphone mounts on the market today.