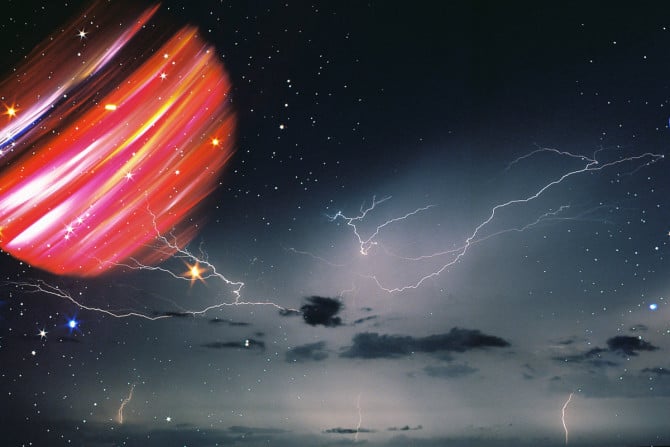 4 years ago Jason D. Page set out to create a Light Painting series called Electric Universe. The idea was to shoot lightning storms and then Light Paint stars
and planets into the image creating a lightning filled universe all on one single frame of film. As the project progressed Jason’s idea for a whole series quickly turned into a quest to just get one good image. Obviously doing this on film, while needing a good lighting photo as a base is not trivial and Jason never imagined how difficult it would be.

That last photo though Is one that Jason is proud of and and he sent it over to share with DIYP readership.

Jason shares more about the process:

As you might imagine there were so many elements that had to line up perfect for this image to come together. The most difficult aspect was capturing the right type of lightning (Cloud to Cloud) This proved to be extremely difficult and much more of a rare phenomenon than I originally thought. Not only did I need to capture the cloud to cloud lightning but I also needed it to be at night to allow me to light paint in the rest of the universe scene onto the frame of film.

The series/image was shot on a Canon AE1 using Ektar 100 35MM film. I shot about 15 rolls of film in total. To create the light painting aspects I used a variety of light painting tools including a flash and starlight box, some custom Light Painting Brushes, Coast Flashlights, and Rosco Gels.

I asked Jason to elaborate on the challenge and he sent me a few photos along with the following answer:

Here are some photos to illustrate the difficulty of such a project. There are some where the lightning was so bright that it erased the space Light Painting that I had done on the film (because with light painting light erases the darkness), there are some images where the space part came out nice but then there was no lightning, and then there are a few others that were closer with both elements but just not right. 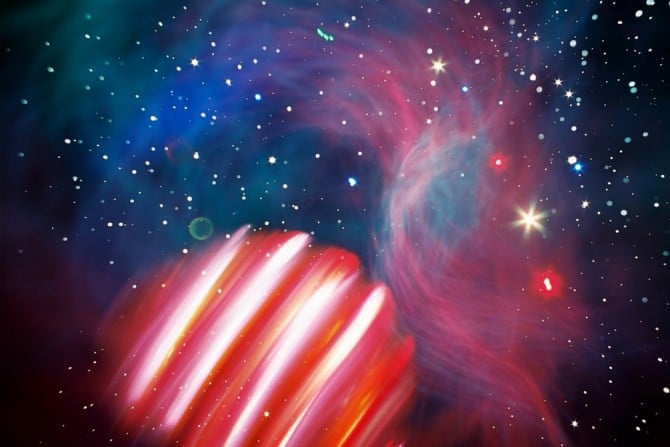 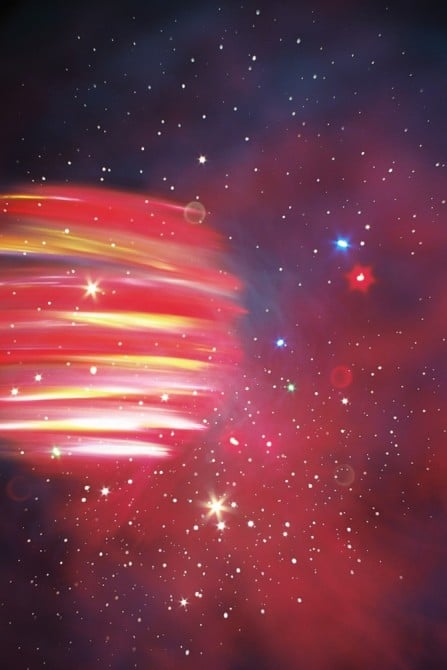 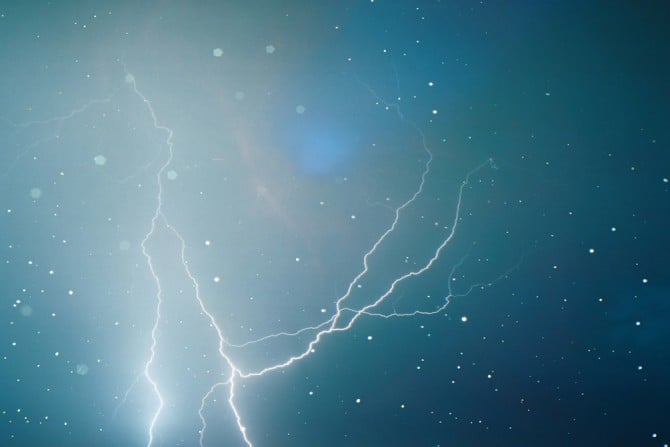 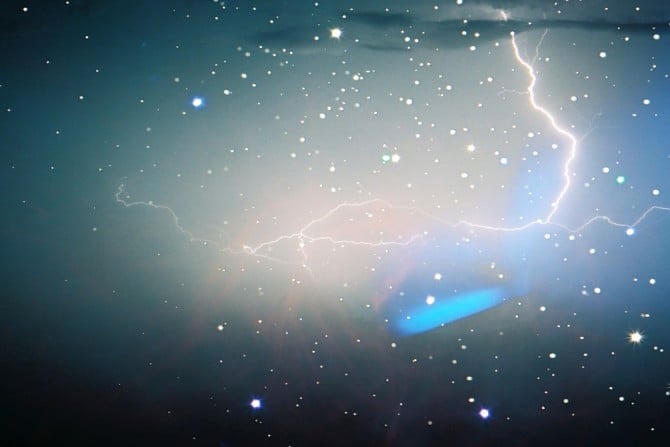 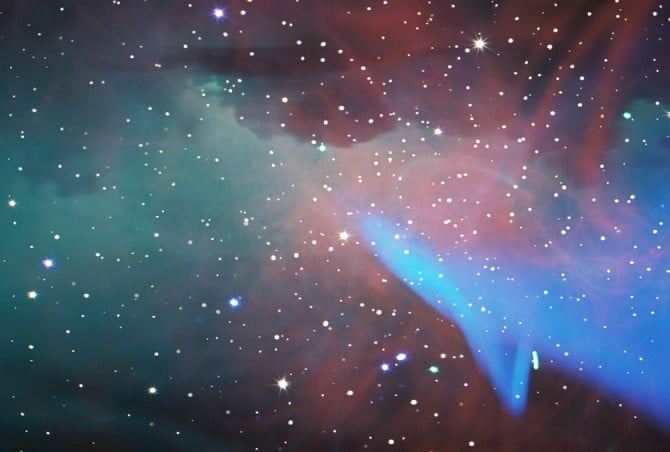 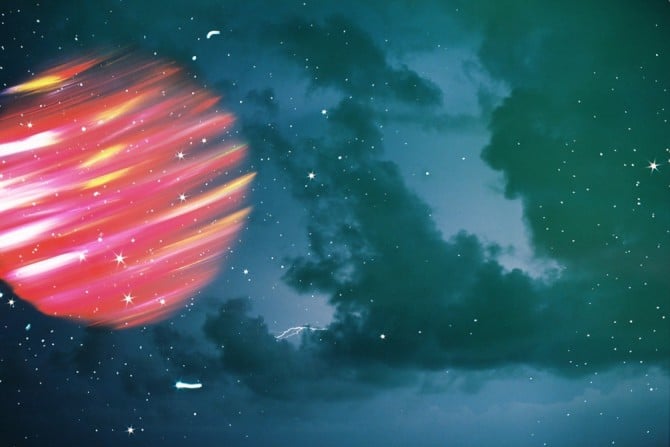 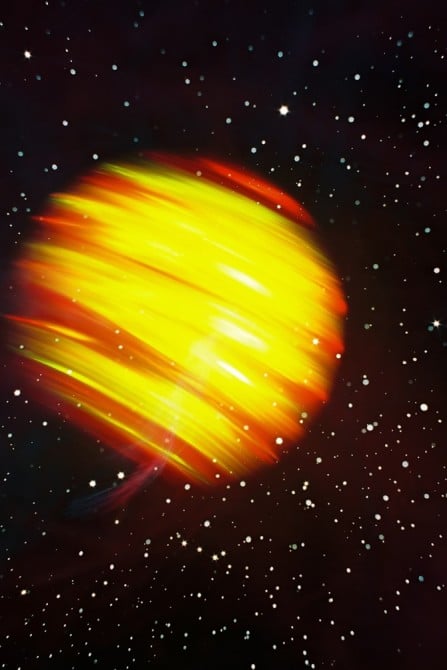 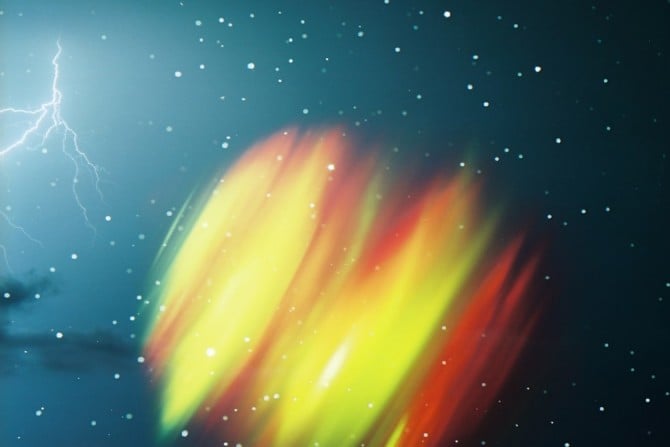 You can see more of Jason’s work on Jason’s facebook page.