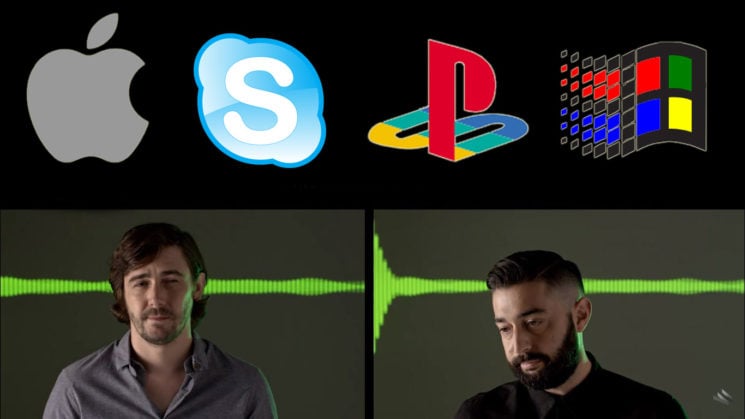 We’ve written about building a brand as a photographer or a filmmaker. Branding sure involves many different aspects and requires a lot of effort and skill, but have you ever thought about sound branding? Sonic branding experts Andrew Stafford and Steve Milton discuss this topic for WIRED. They explain the psychology behind many sounds that you’ll instantly recognize. Messenger chat, Skype call, Mac startup sound… What makes them so recognizable and what are they telling us?

Sonic branding is “the use of a special sound to identify and advertise products associated with a particular manufacturer.” This way, when we hear a sound, we connect it to a particular brand. In this video, Andrew and Steve dissect some of the sounds that all of us recognize and show us how their creation processes and the messages they convey are more complex than they seem.

For example, the sound of typing on an iPhone was most likely produced to resemble an old-school typewriter sound. It gives a sense of familiarity, but also provides “feedback” as you type. I guess this was especially useful when we had just started to use touchscreen phones, although nowadays people need it less and less.

Skeuomorphism is used in sonic branding, and some of the sounds you’ll hear in the video rely on it. It’s the design concept of making the items you represent resemble their real-world counterparts. It’s used in web design, architecture, UI, and other fields, but also in sound design.

There are many more sounds the guys analyzed and explained. I’m sure you’re familiar with most of them, but perhaps you never gave a second thought to what their messages might be. Andrew and Steve point out that a lot of knowledge and effort goes into making these sounds. Sometimes it takes weeks to create them, but sometimes we’re talking about months. Sonic branding, then, is a very serious task. The brands mentioned in the video have definitely done a good job, considering that we all recognize them by just hearing a sound.

Although this video isn’t strictly related to photography, I found it really interesting. It could be of use to sound engineers, but the rest of us can simply enjoy it. It might provoke you to consider a topic that you haven’t yet before, and pay attention to sounds a bit more. One of the commenters on YouTube said that “they wanted to stop watching this video, but they couldn’t.” I can relate to that because it simply makes you watch (and hear) further. It’s really interesting, and I hope you’ll enjoy it as much as I did.

[The Psychology Behind the World’s Most Recognizable Sounds | WIRED]

Portraits are as much about psychology as they are about equipment

Peter Hurley talks about the psychology of shooting headshots + demo