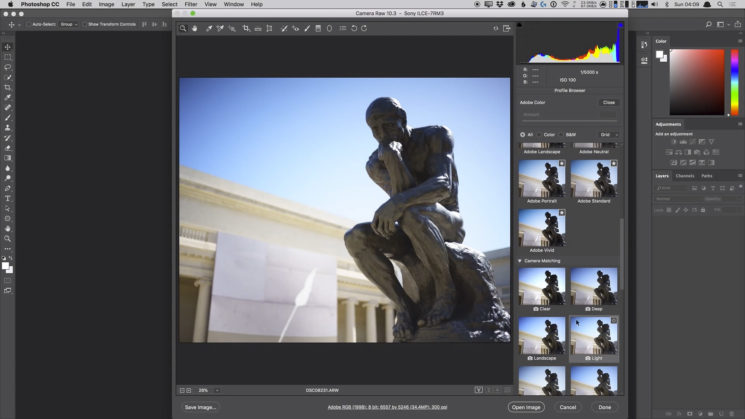 Earlier this month, Adobe released a new “massive update” for Lightroom and Camera Raw. The update brought Sony A7III support, along with a few other new Canon & Panasonic cameras. This update wasn’t without issue, though, and a bug fix update was released a couple of days ago.

The update did add a new “Profiles” tab, though. It includes six new Adobe Raw profiles, a whole bunch of creative profiles and the ability to create your own. But that last bit is causing some people issues. They’re not entirely sure how it works. So, Josh Haftel at Adobe put out this video to explain it all.

It’s a pretty in-depth video, lasting around 23 minutes. But in it, Josh goes through all the ins and outs of the new Profiles system. The Profiles are sort of an advanced preset. As well as storing the regular raw development slider settings, you can also include a “Look Table” (which I think is the new Camera Profiles bit), as well as 3D LUTs and tone mapping.

Overall, it seems like a pretty substantial upgrade over the basic presets. The ability to see preview thumbnails of each is also a huge bonus when sifting through them to see which you like. But, Adobe does stress that creating files is quite a complex process aimed at more advanced users.

There’s also a free SDK which offers more information, specifics and samples files. You can download the SDK from the Adobe website.

And, if you want even more information, Adobe has also published a white paper going over everything about how the new Adobe Raw Profiles work.