Perhaps you remember this 550MP image of the Carina Nebula shot through a consumer telescope named Stellina. Well, let me introduce you to Vespera, a more compact and powerful version of Stellina made by Vaonis. This hybrid of a smart telescope and a camera has been insanely successful on Kickstarter, and it has raised almost $2 million so far. So if you’re into astrophotography, I believe this could be an interesting piece of gear for you.

Vespera is smart and fully automated, and it’s controlled with your phone. There’s a dedicated app you need to install, and it lets you do quite a lot. You can simply explore and observe the night sky with the telescope and learn about the cosmos via the app. But of course, you can also capture photos of celestial objects and share them on social media. Using the app, select the object you want to observe, and Vespera will point and track it. 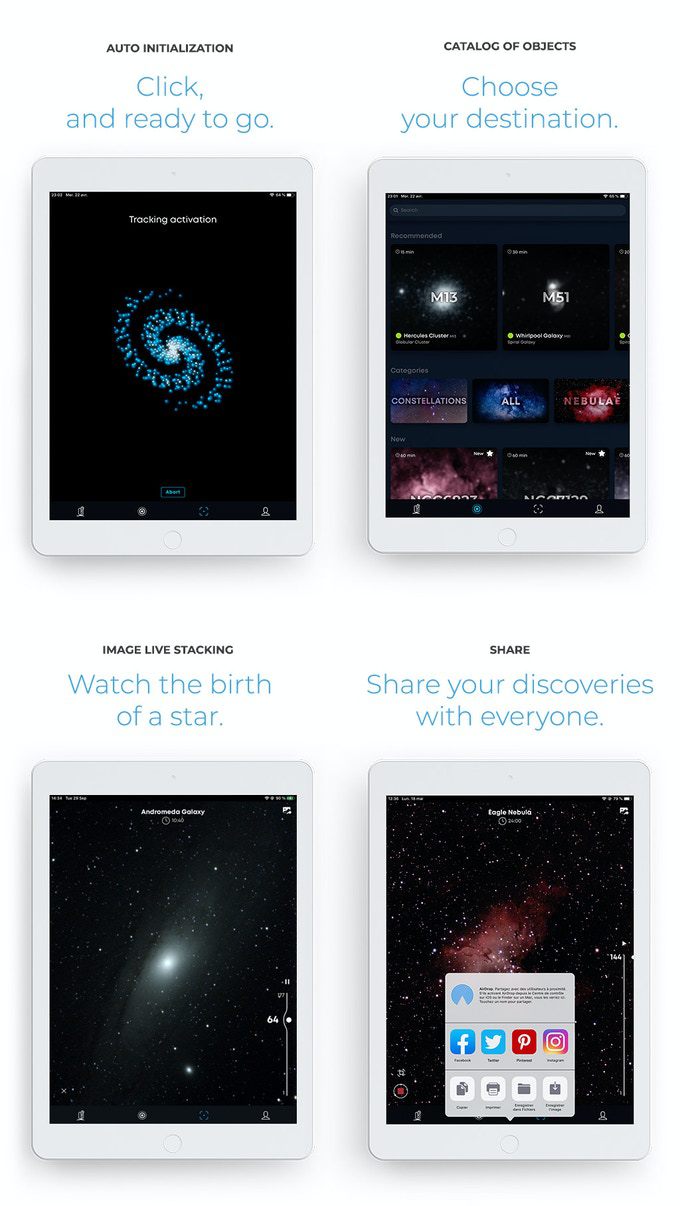 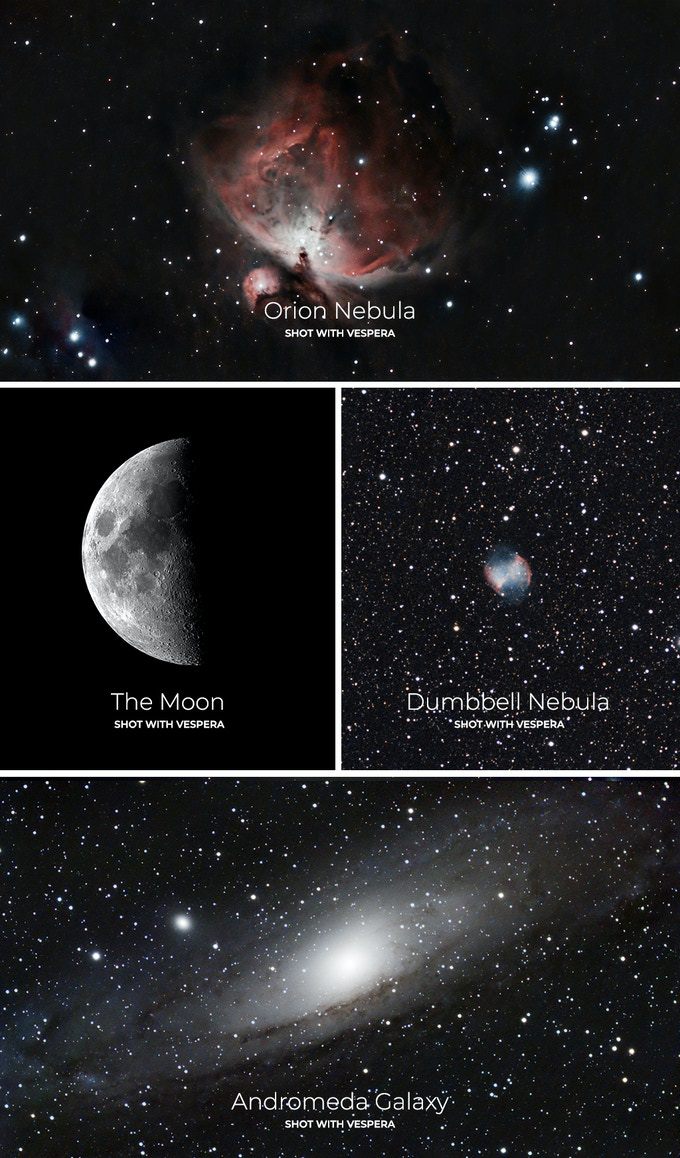 Vespera is tiny, lightweight, and water-resistant. This means that it can be your companion on travels and you can use it even in less than ideal weather conditions. It’s equipped with autofocus, which I think is of immense help when shooting celestial objects. 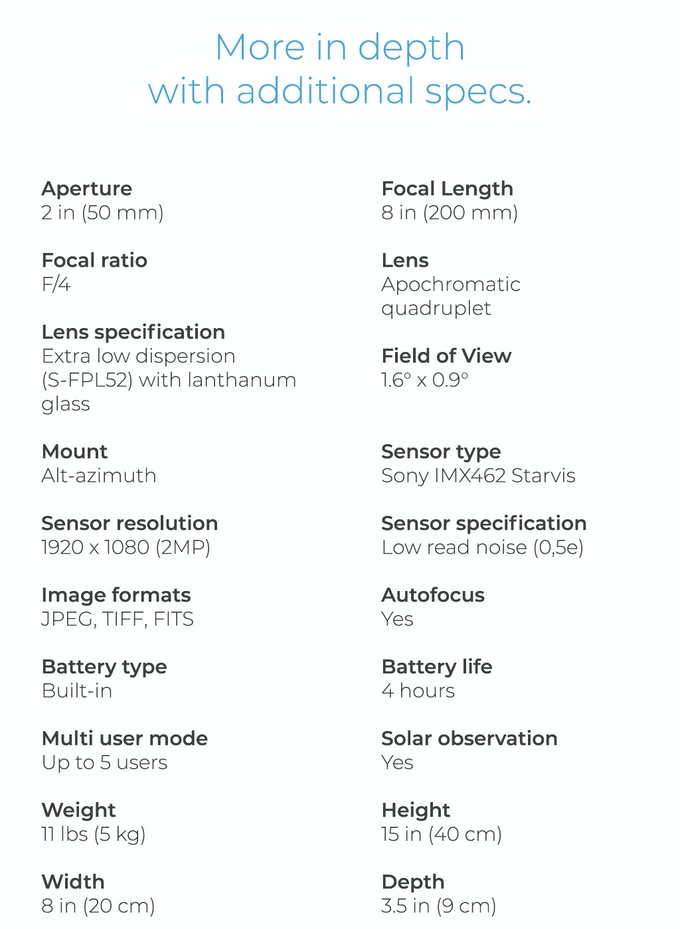 “With the current health crisis that has shaken the world, sales of astronomical instruments have never been stronger,” the maker notes. And there’s a good reason for that: we’re staying at home and not traveling. Many of us have found our escape in nature and turned to astrophotography, or at least to observing the stars (including me). So it’s probably no wonder that Vespera has raised so much money.

If you’d like to preorder Vespera, head over to the Kickstarter campaign and make your pledge. The early bird price is $1,099, so it’s not exactly cheap. But as Vaonis notes, “it’s more affordable than an iPhone,” although it actually costs exactly the same as iPhone 12 Pro. Anyway, the telescope is up for preorders now and should start shipping around Christmas 2021.

« Here are 13 close-up photography ideas to shoot when you’re bored at home
Canon’s ISO4,500,000 camera was used to shoot this documentary in the Amazon »