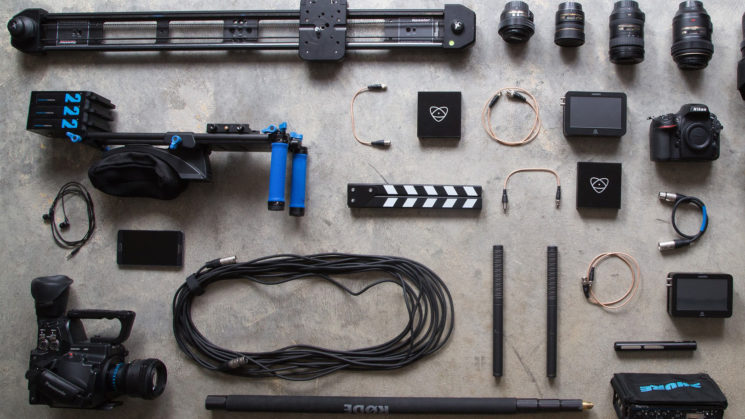 If you want to start shooting videos or vlog, I guess you already know how expensive cameras can be. But why not start small? In this video, Caleb Pike of DSLR Video Shooter suggests as many as 10 cameras that are great for video, yet they all cost under $300.

When choosing cameras for this list, Caleb had three main criteria in mind:

You can find a used Sony NEX-5N for under $200. This tiny camera has a 16.1 MP APS-C sensor, shoots at 28Mbps and shoots HD video at 24p, 30p or 60p. It has a flip-up screen, but it doesn’t go all the way up, so it might not work really well for vloggers. It has some video assist features such as focus peaking, which can be pretty handy.

On the minus side, there’s no headphone jack, no cold shoe, and you might have a problem with overheating if you shoot for long periods of time.

The Sony a5000 is almost identical to the previous camera, except that it has more megapixels (20.1), updated UI and a fully flipping forward screen. As for the price, you can find a used camera for around $200.

Next camera is the Sony a5100, which is the update of the a5000. It comes with XAVC S as a codec option, which Caleb notes is much better than AVCHD. It has very similar specs to the previous model, but it shoots at 50Mbps, and it offers zebras and focus peaking. You’ll pay nearly $400 for new, but you can find it for less than $300 used on eBay.

Sony NEX-6 is older than the previous model, but it has a different body style, it has EVF, and it overheats less. In terms of specs, it’s basically identical, and you can get a used one for around $250 or less.

Caleb recommends the tiny Canon EOS M for different kinds of budget-friendly video setups. It has an 18 MP APS-C sensor, shoots at 40 and 50 Mbps, and shoots 1080p videos at 24p and 30p, so there’s no 60fps. On the minus side, there’s also the lack of headphone jack and cold shoe, and the screen is fixed. However, there’s a microphone jack and this camera allows you to install Magic Lantern, which gives you lots of flexibility. You can get a used Canon EOS M for around $160.

The next camera is the only DSLR on Caleb’s list. Canon T2i has very similar specs to the Canon EOS M, but it’s slightly bigger because it’s a DSLR. It’s also very affordable and you can find a used one for $160.

Panasonic GH2 doesn’t differ all that much from the previously mentioned models. However, it has one of the highest data rates with up to 120Mbps. It has a 16MP MFT sensor, it shoots 1080p at 24p or 30p and it’s equipped with a flip-out screen, a microphone jack and a 2.5 mm headphone jack. As for the price, you’ll pay around $260 for a used one.

Panasonic GX7 is one of the most advanced cameras on the list when it comes to video quality. It has a 16MP MFT sensor, records 1080p video at 24p, 30p and 60p, and shoots at 28Mbps. There’s no microphone jack and no HDMI display. It has a partial flip-up screen, but it has an EVF which tilts up, which can come in handy for shooting at low angles. You can buy a used one for around $180.

These two cameras are virtually identical, except that the Samsung NX2000 has a massive touchscreen, and the older Samsung NX1000 has more buttons and dials.

Caleb believes that the NX2000 is the camera you’ll either love or hate. It has a 20.3MP APS-C sensor, records 1080p video at 24fps and 30fps, but the data rate is pretty low at 12Mbps. It has a fixed screen, but it has video assist options such as focus peaking.

Pentax Q7/ Q-S1 is an adorable and tiny camera, packing a really tiny 7.44mm sensor. This gives you 5.6 times crop compared to full frame. This isn’t necessarily bad, because it gives you a chance to use some really interesting lenses for video. For example, Caleb uses an 8mm film lens, and with this camera, you can achieve a vintage look in your videos straight out of camera. It records 1080p video at 24fps and 30fps, although the video quality isn’t really stellar. Still, it’s fun to shoot with it if you like vintage stuff, and you can find a used one for around $250.

All of these cameras have their positive sides, but also some quirks and flaws. However, for prices as low as $160, I believe that these can successfully get you started with your video work, yet they’re kind on your budget. So, pick your favorite and start shooting!

Build a tiny cinema camera kit for under $300