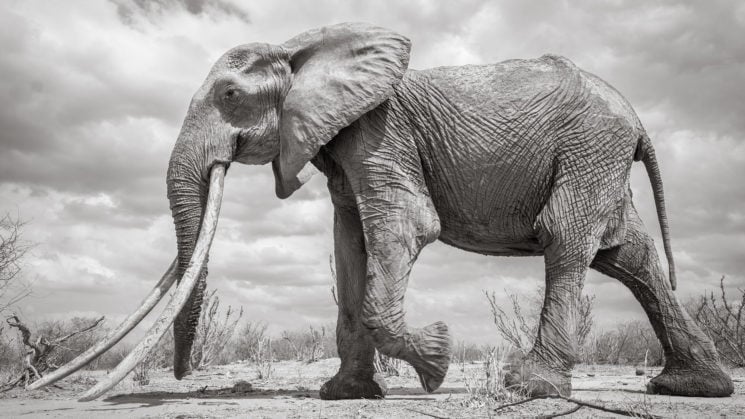 These images are some of the last known photographs of a more-than-60-year-old elephant named simply F_MU1. Created by wildlife photographer Will Burrard-Lucas, they document a brief moment of her time on this earth towards the end of her life. With tusks that touched the ground, Will notes that she died of natural causes not long after these photographs were captured.

Will has documented the journey on his website but has also allowed us to share some of it with you here on DIYP.

When I first saw her I was awestruck, for she had the most amazing tusks I had ever seen. If I hadn’t looked upon her with my own eyes, I might not have believed that such an elephant could exist in our world. If there were a Queen of Elephants, it would surely have been her.

These are amongst the last images captured of her. Shortly after they were taken, she died of natural causes. She had survived through periods of terrible poaching and it was a victory that her life was not ended prematurely by a snare, bullet or poisoned arrow.

That she managed to survive all this time, passing of natural causes does seem incredible in today’s world. And it shows some hope and promise for our future as a planet packed full of human beings.

Will’s meeting with L_MU1 came about after a project he began August 2017 in partnership with the Tsavo Trust and Kenya Wildlife Service to document their work and the elephants of Tsavo for a new coffee table book. He describes the images of L_MU1 particularly as one of the greatest honours of his career.

It wasn’t long after arriving in Kenya that he was introduced to L_MU1. Riding in a Land Rover with the Tasvu Trust’s founder circling overhead in a small plane, he was guided to the extraordinary female elephant. Had Will not seen her with his own eyes, he might not have believed such a massive elephant could even exist in today’s world. I think most of us would agree with him. 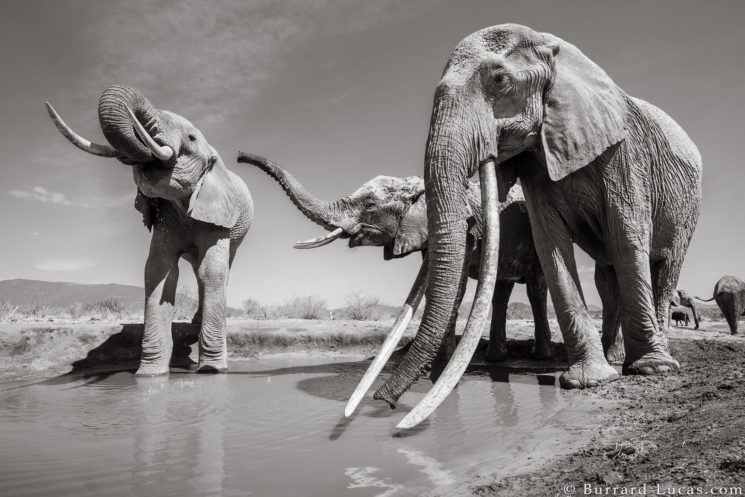 While enormous, she was thin, compared to the younger, stronger elephants in the herd. Time had taken its toll on this beautiful creature. Will continued to photograph the animals, often using the BeetleCam, which shot both stills and video, to capture low angle images where it would be unsafe for him to go himself.

And, indeed, he says that the camera was occasionally kicked as elephants jostled for position by the waterhole. Overall, he says that the elephants became used to the Beetlecam, ignoring its presence quite quickly. It allowed him to get some very unique views that he would not have otherwise been able to photograph. 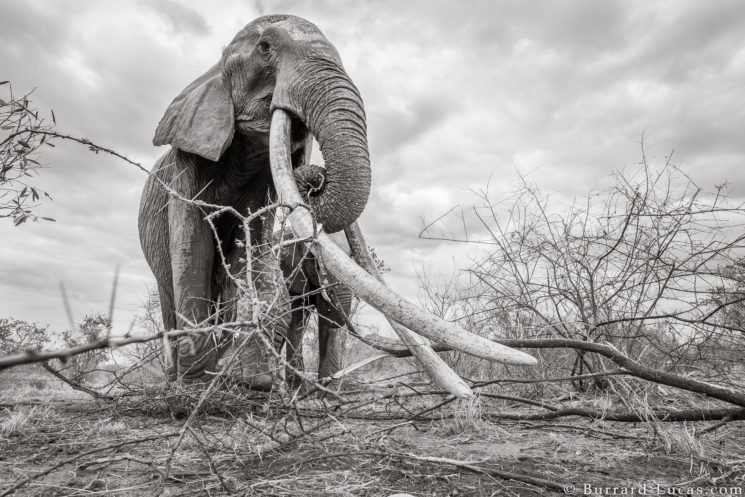 As a wildlife photographer, a subject like F_MU1 is incredibly rare; a creature that is unique – possibly the most remarkable of her kind – and yet an animal that few have photographed before. The time I spent with her was a real privilege.

It sounds like a meeting that Will won’t ever forget.

To read more of Will’s story, head on over to his website, and you can pre-order the Land of Giants book here. If you’re interested in finding out more about the book or wish to pre-order a signed copy or prints of the photographs, you can do so on the Land of Giants website.

Elephant Captures the World’s First ‘Elphie’; Who Owns it?

« Artist creates this shiny “crystal cave” from 18,000 used plastic cups to show how plastic is devastating our planet
Unboxing and first look of the Zhiyun Crane 3 LAB »