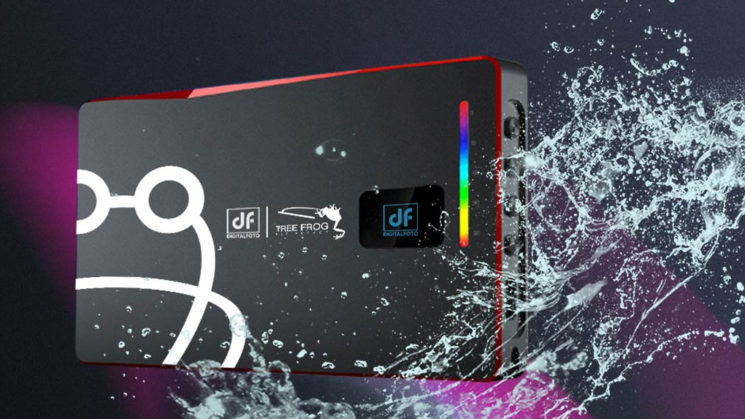 Waterproofing (or at least really good weather sealing) seems to have become quite popular with photo and video gear lately, especially when it comes to lights. And particularly small lights that one might occasionally choose to use with their smartphones – given that many new smartphones now are also somewhat waterproof.

Lighting and gimbal accessories manufacturer DigitalFoto has already released one waterproof light tube recently, and now they’ve announced another. Their new Tree Frog RGBWW Pocket LED is an IP67 rated update to their previous pocket-sized RGB LED lights, and offers a couple of other neat extras besides.

The DigitalFoto Tree Frog, as mentioned is IP67 rated. This means that it can withstand water up to a depth of 1 metre for up to half an hour at a time. It’s a little different to the RGB tubes DigitalFoto recently released, which are IP68 rated, so they can handle up to 1.5 metres of depth. So while the Tree Frog is waterproof, you probably don’t want to take it deep into a swimming pool. It should certainly handle just about any weather conditions you can throw at it, being dropped in a puddle, or used just a little below the surface of a pool, river, etc.

When it comes to the specs… It’s a fairly small light, so you can’t really expect to light a stadium or anything with this. If you’re working with small close up subjects like products, or you even if you’re working with people and just want a bit of accent lighting for your background or as a coloured fill or rim light for your subject, it should perform quite well.

When it comes to colour, the Tree Frog offers HSI mode, with 360° hue adjustment, and 0-100 saturation and brightness. In CCT mode, it offers bicolour LEDs providing a colour temperature range form 2500K at the warm end to 8500K at the cool end. It also features 20 different RGB colour effects. 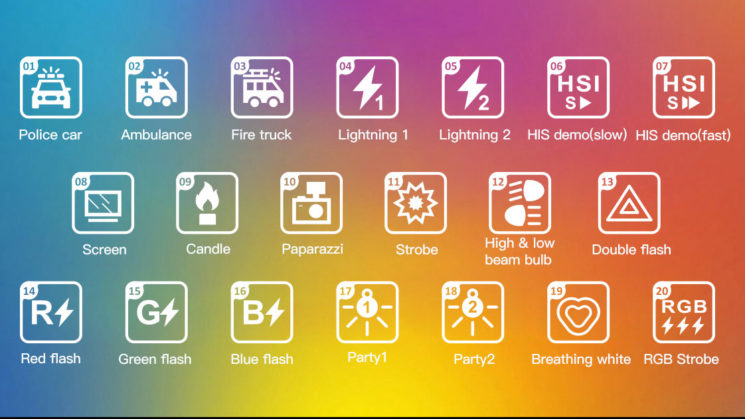 Like many of DigitalFoto’s other pocket sized LED lights, like the YY120, the Tree Frog can also act as a 4000mAh Type-C USB power bank. So, if you choose to take the Tree Frog out with you as supplemental lighting for your smartphone and its battery is getting low, the Tree Frog has you covered – and you don’t need to carry around a whole separate power bank. 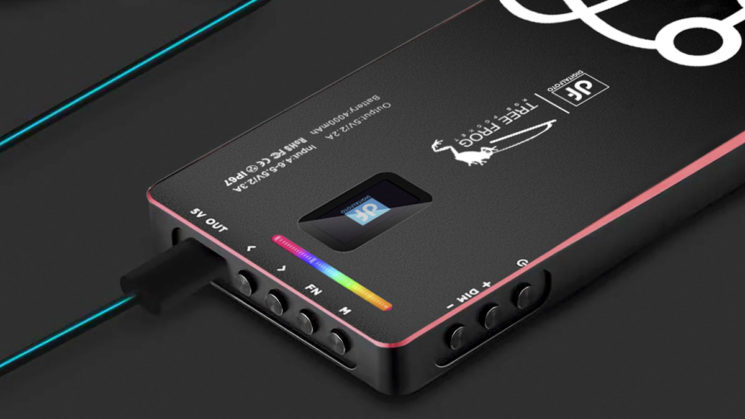 One feature that’s started to become quite common in small lights is magnets, allowing you to affix the lights to… well, just about anything metal. We’ve seen them with Spiffy Gear’s KYU-6, the LitraTorch, and several other small lights. Well, the Tree Frog has them too. This is a fantastic feature in the other lights and I’m glad to see this is starting to come to pocket-sized LED panels, too.

The light comes with an array of accessories included in the box, such as a mini tripod, mini ball head, a soft light diffuser, honeycomb grid and a bumper cover. You also get a couple of cables, including a Type-A to Type-C cable to charge it as well as a Type-C to Type-A female socket cable in case you need to add a Type-A socket when using it as a power bank. There’s also a wrist strap and a pouch to keep everything in.

Small LED lights like these really have grown on me in the last couple of years. I never used to be a big fan, but the technology has come a long way in a very short space of time. I don’t have any Tree Frogs yet (or any RGB ones), but I do have several other small LED lights and I’ve actually been surprised how often I’ve called on their service. I might have to add a couple of these to my own kit at some point!

The DigitalFoto Tree Frog is available to pre-order now for $103.20 on the DigitalFoto store(regular price will be $129 when the pre-order’s over). It’s expected to start shipping in November after which it should become available in all the usual places.

« This is why Adobe’s called Adobe and how one of its founders was kidnapped for $650,000 ransom
Photographer restores and colorizes vintage photos of 26 US presidents »