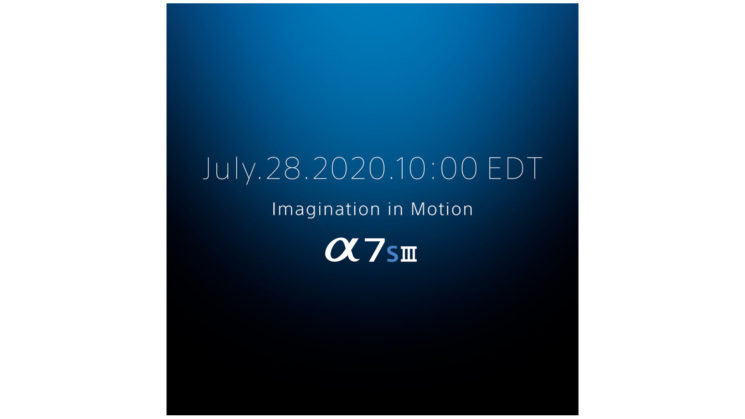 Well, it seems that we now have a solid day for the announcement of the Sony A7S III mirrorless camera. A listing has popped up on the B&H website, with no information, except for an event teaser image shown above and a notification of when pre-orders will begin.

The teaser image shows the A7S III logo with the slogan “Imagination in Motion”, reinforcing that this will be a more video-centric camera, like its predecessors. The date and time listed is July 28th, 2020 at 10am Eastern. This matches up with the date and time shown in the listing when pre-orders will become available. 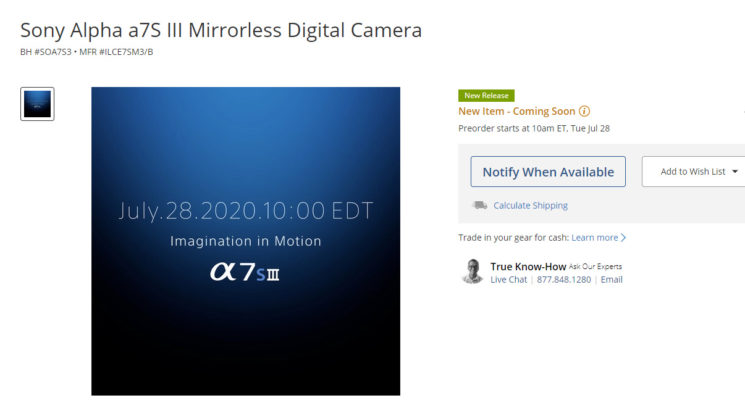 While it contains no information about the camera, other than stating the legacy of the original A7S and the A7S II, there is also a description in the listing.

It’s almost here! The long-awaited Alpha a7S III from Sony is now officially on the way. The original a7S and follow-up a7S II set new standards for video in a mirrorless camera and filmmakers have been clamoring for the next generation ever since. Get ready to set your “Imagination in Motion” and sign up to be one of the first notified when additional details are revealed.

That’s it. There are no other specs, no expected price, nothing. But at least now we know exactly when it will be announced. According to the latest rumours, though, this might be what we can expect.

If you want to keep an eye on the listing, or to sign up for notifications when it becomes available, head on over to the B&H website.