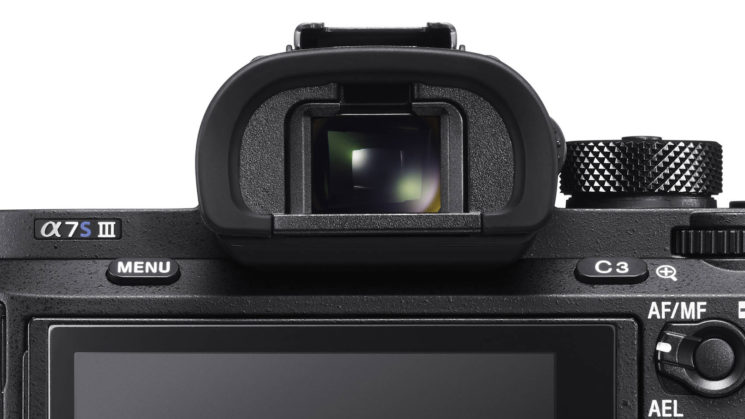 According to Sony Alpha Rumors, who say they “got a proof”, the Sony A7S III (or whatever the A7S II successor will be called) is expected to have an insane high resolution 9.44 million pixel electronic viewfinder. This makes it the highest EVF in a mirrorless camera by a pretty wide margin.

Even the upcoming Canon EOS R5 is expected to have “only” a 5-million pixel EVF and other than Panasonic and Sony’s own A7R IV, most full-frame mirrorless cameras around today sit somewhere around 3.7 million pixels or less when it comes to their EVFs.

Here’s a comparison of how some of the current model full-frame mirrorless cameras stack up.

9.11 million pixels would be a big step up, even from the 5.76 million pixel Panasonic’s and Sony A7R IV. And compared to the 2.36 million pixel found in the A7S II, there would just be no comparison at all.

The fact that the EVF is so high resolution suggests that this might not just be the solely video-focused camera that many expect. After all, who uses the EVF when shooting video? As well as being popular for video, though, the A7S II was also something of a low-light king for regular photography back when it was released, too. Perhaps Sony’s looking to reclaim that title for stills. It certainly would explain why they’re putting such a high-resolution EVF in there.

The Sony A7S II successor is expected to be announced at some point this summer.