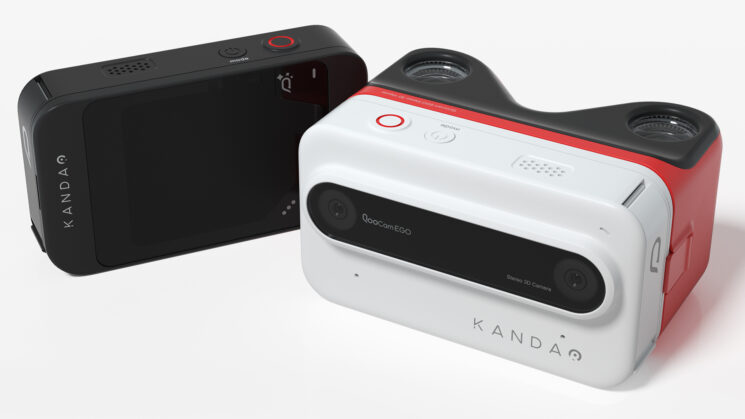 Kandao has launched its new QooCam EGO camera. Claiming to be “the World’s first 3D camera for instant immersion”, this small handheld camera features a pair of lenses and sensors for capturing two viewpoints simultaneously. This concept isn’t new, and there have been plenty of devices in the past that can do this like the Insta360 EVO and the Weeview SID, but this is the first that offers easy and instant 3D playback on the spot.

The two camera and lens positions simulate the viewpoint from a pair of eyes, thus capturing two different perspectives. When viewed back with one camera’s view per eye, our brain recreates it in 3D. It’s a concept that seems to have been slow to pick up amongst consumers, mostly due to the lack of easy viewing and the QooCam EGO aims to solve this by allowing the user to quickly and easily view and share their 3D footage after it’s been shot.

Being launched through Kickstarter, where it’s already hammered its tiny goal, it’s a very interesting little camera that offers some distinct advantages over the past competition in some aspects but might perhaps fall a little short in others. In the win corner, it’s got a big screen on the back allowing you to easily view what your camera’s looking at without having to dig your smartphone out of your pocket. The two cameras from Insta360 and Weeview mentioned up above both require you to fire up your phone, load an app and connect to the camera via WiFi to see what the camera sees. As this one doesn’t need to, it should result in not only a more hassle-free shooting workflow but better battery life efficiency. After all, if it doesn’t have to stay connected to your phone over WiFi all the time, that’s juice it’s not using – and neither is your phone. 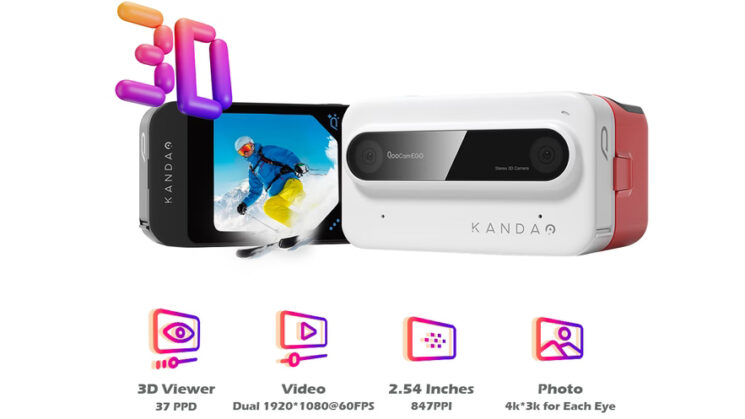 Where it might perhaps fall down, though, is in resolution. Yes, it can shoot 1,920 x 1,080 pixels per eye at 60fps and the Insta360 EVO also requires dropping down to this resolution for higher frame rates, but the EVO also offers 5.7K (2,880 pixels wide per eye) video at 30fps, too. On the flip side of that, though, the QooCam EGO offers a much higher 4,000 x 3,000 resolution per eye for stills. It offers both DNG and JPG options for shooting stills while video is stored as a 60Mbps h.254 MOV video. A lack of h.265 is a little disappointing, but I expect they have to save something for the inevitable Version 2.0.

So, whether or not it really does fall short all depends on your needs. One great selling point about the Insta360 EVO, is the fact that it can utilise Insta360’s FlowState stabilisation. The QooCam EGO Kickstarter page does mention that it features “built-in 6-axis gyroscopic stabilization, supports IMU stabilization”, but it doesn’t really go into any more detail than that.

To view your 3D content, a magnetic viewer attaches to the camera offering a pair of lenses through which your left and right eyes can see the appropriate perspective that the camera has recorded. And if you want to watch it in a real VR headset, they say you can just whip out your microSD card (up to 256GB) and pop it into your device for quick easy playback without any need for transcoding from proprietary video formats.

It’s powered by a built-in 1,340mAh battery for about an hour’s worth of continuous shooting and is recharged over a Type-C USB socket. Whether or not you can keep it plugged in for continuous power for longer shooting sessions isn’t stated on the campaign, but if it didn’t allow for something as simple as this, given that most other stuff does these days, I’d be somewhat disappointed. 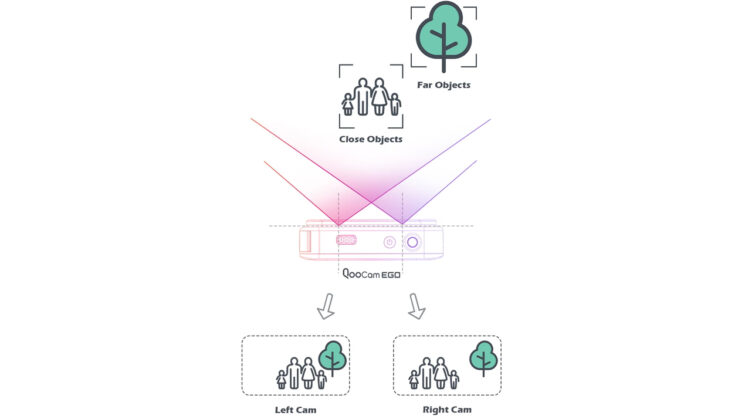 Despite not needing WiFi to be able to monitor your camera’s view while it’s recording, the QooCam EGO does feature 5Ghz WiFi, allowing for quick and easy transfers of files to your smartphone or other device where you can share to your usual 3D platforms as normal. Kandao says the QooCam EGO supports cloud storage, but doesn’t say how, exactly, or what cloud services that means. Is it their own cloud platform? Or is it all the usual ones like Dropbox, Google Drive, etc?

It would be interesting to try this out side-by-side against the Weeview SID and Insta360 EVO cameras. I’m pretty sure I know how each one would stand up against the others, based on the on-paper specs, but I would be very keen to compare the results first-hand to either confirm those suspicions or to be pleasantly surprised.

If you want to check one of for yourself, it’s currently running on Kickstarter where early birds can back the campaign to get one for $279 (or $289 once those run out). Units are expected to ship to backers in March and once it goes retail, it’ll be $369.

I’m not getting my hopes up, but I really hope the QooCam EGO finally starts to get this type of camera some mainstream traction amongst consumers because they offer some great possibilities for not only filmmakers but even just for capturing more immersive personal memories.

Ego is the enemy – detach your ego from social media