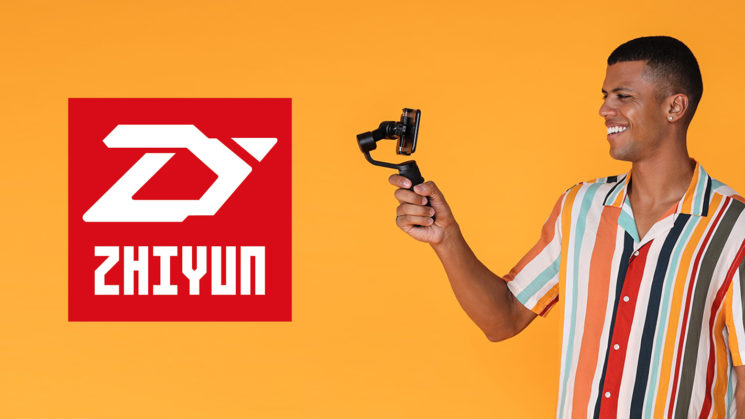 Zhiyun has today announced the new Zhiyun Smooth Q2, their newest teeny tiny gimbal for smartphones. Replacing its two-and-a-half-year-old predecessor, the Smooth Q, the Q2 comes with some great advancements over the original. Surprisingly, though, Zhiyun’s launching it on Kickstarter.

It’s always odd to me when an established company launches a product on Kickstarter, but it can also make some sense. Selling any product is about letting your target market know the product exists, first of all, and your target market might have never even heard of you before. So, Kickstarter can be a great place for an established company to reach a new audience that might otherwise not find out about them.

And, as Zhiyun’s an established company, I think we can be sure that this is one campaign that’s a pretty safe bet. I think the chances of them taking your money and disappearing are quite slim. Anyway, let’s take a look at the specs for the new Zhiyun Smooth Q2 gimbal.

I bought my first smartphone gimbal back in 2016 to take with me when DIYP covered Photokina in Germany that September. It was the Zhiyun Smooth C and at the time, it was one of the most amazing things I’d ever seen. Those last three years have whizzed by and I still use that gimbal with my phone, but gimbal technology, particularly for smartphones, has evolved even more quickly.

One of the biggest issues with my Smooth C was that it wouldn’t fit in my pocket. To be fair, that’s been an issue with 99% of smartphone gimbals ever released. Recently, we saw DJI announce their new Osmo Mobile 3, which is much smaller than most other smartphone gimbals, but Zhiyun seems to have taken things even smaller with the Smooth Q2, truly making it pocket-sized.

Although the size has decreased since the Smooth Q, the run time has increased, bumping up from 12 hours of use with the original Smooth Q to 16 hours with the new Smooth Q2, and it only takes 3 hours to charge it up to full. Zhiyun says that they’ve been able to shrink the motors inside the Q2 while making them even stronger than the Q, too, handling phones up to 260g in weight. That’s a pretty hefty phone that weighs 260g because even the giant OnePlus 7 Pro only weighs around 200g.

The body itself has also received an upgrade, going from the plastic of the Q to a new aluminium alloy body – one of the things I loved about my Smooth C. 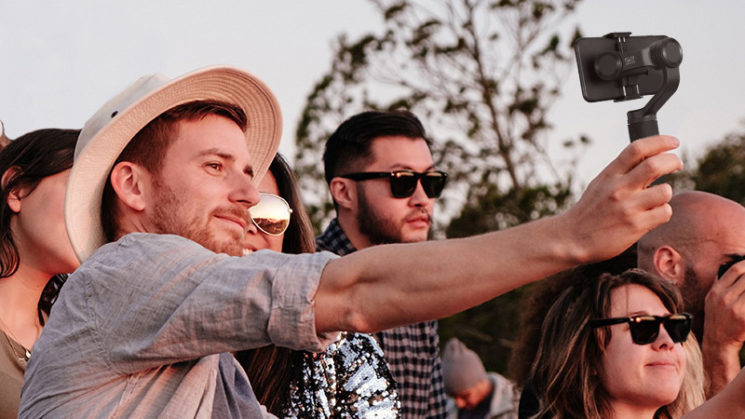 There are no wires to deal with the Smooth Q2. It communicates with your smartphone over Bluetooth, and offers a quick-release clip allowing you to pre-balance and then drop your phone in whenever you need it to get yo up and running quickly when you pull the gimbal out of your pocket.

As with Zhiyun’s other smartphone gimbals, there’s a 1/4-20″ socket underneath so you can pop it on top of a small tabletop tripod like the Manfrotto PIXI or Joby Handypod, and there’s a Type-C USB port on the side for charging. On the front, you’ve got a power button, photo/video button, a five-way joystick and a mode indicator. 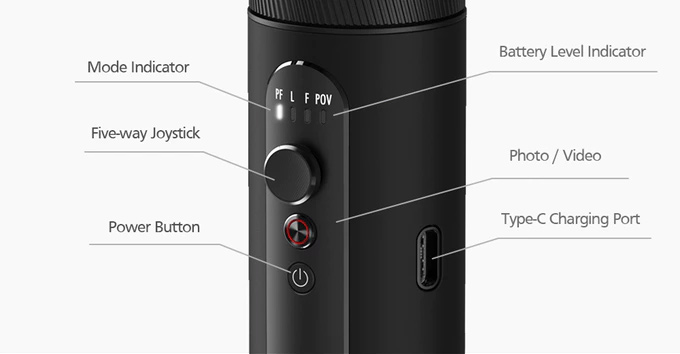 The controls look pretty simple, and despite not having an OLED display, the four little LEDs tell you all you need to know, really. The only thing that’s really important is what mode you’re in. As well as the usual Pan-follow, Lock, Follow and POV modes indicated on the handle, you also get timelapse and motion-lapse functions through the ZYPlay app. You also get the ever-popular Vortex Mode and Object Tracking found on Zhiyun’s larger and higher-end gimbals.

And, yes, for the Instagram Stories and Selfie-obsessed, it works in vertical video mode, too.

Inside the box, you get the Zhiyun Smooth Q2 gimbal itself, the phone holder, a wrist strap and a Type-C USB cable for charging.

Looking at this, I think it might be about time I retired and replaced my Smooth C.

If you want to back the Kickstarter, which is almost half funded after only being live for a couple of hours, and get one for yourself, then the super early bird on the standard package is $109. They also have a “Premium Package” including a case, mini tripod and some other bits for $119. After the early birds are gone, these go up to $129 and $149 respectively.

They’re expected to ship in October, but Zhiyun will be at IBC next month, so we’ll see if we can get a quick hands-on with one before they start to ship.