If you regularly speak to camera, teleprompters can be absolute lifesavers. You don’t need to remember scripts, or keep glancing off-camera at a printed sheet or a computer monitor telling you what you’re supposed to say next, it’s all just right up there on the screen, right in front of your face while your eyes remain pointed towards the camera.

But they can get very expensive. The mPrompter, currently running on Kickstarter, hopes to fix all that with a low budget option that works with everything from a phone for smartphone vloggers all the way up to high-end cinema cameras. 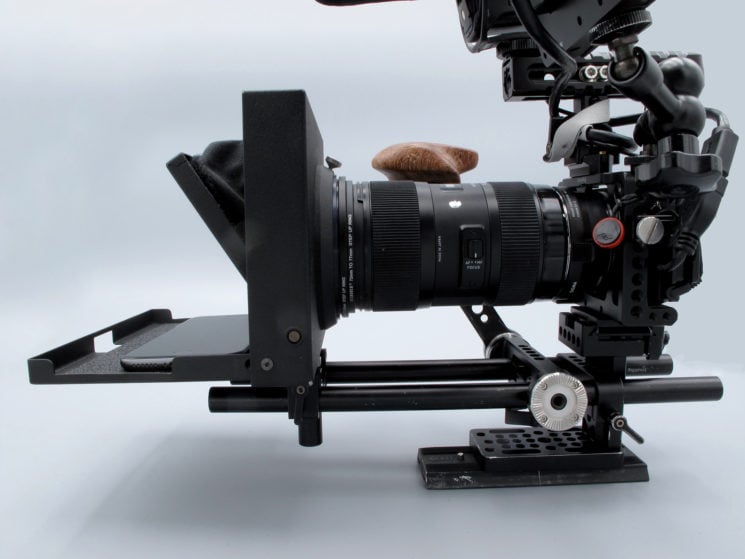 Now, of course, you can go and make your own DIY teleprompter, but there are potential issues there. You might not get a nice light-proof seal to the camera, and you’ll often get double reflections on most cheap glass. Systems like this prevent those problems from popping up by being designed and manufactured well and using beam-splitter glass for the reflected text.

Like the DIY teleprompters, though the mPrompter uses a smartphone as the display device for the text, which is then reflected off the glass above and back towards the subject of the shot that the camera is pointed towards. And the mPrompter is designed in such a way that it seems to work just as well with smartphones as it does with big cinema rigs.

To ensure that seal, the mPrompter comes with a universal smartphone mount and rings to attach directly to lenses with filter threads ranging from 52mm up to 82mm. So, it’ll work with your giant Sigma Art series lenses. Well, except for the 105/1.4, obviously. And that glass is a double coated free-floating 7″ glass mirror, all housed in a metal frame. There’s also an optional 15mm rod adapter available for attaching to shoulder mounts and other big rigs. 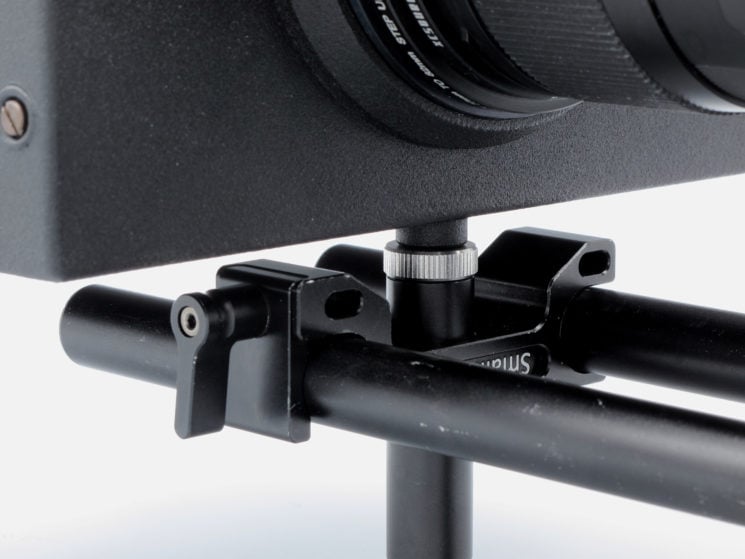 When not in use, it’s designed to fold up into itself and lock to protect the mirror within and they say that the “slip-proof” tray will accept most Apple and Android smartphones. 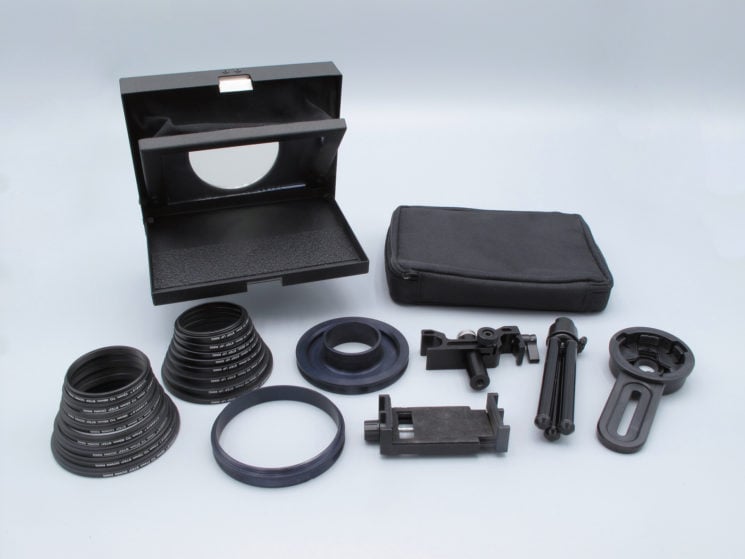 There is a little confusion over exactly which metal the frame is made from, though. One part of the campaign states that it’s a coated aluminium frame while another says that it’s stainless steel. Hopefully, we’ll get some clarification on that, but either way, it should be more substantial than a lot of the plastic options out there.

As you would expect, it features a standard 1/4-20″ thread for easy mounting onto tripods and other camera support systems and works with smartphones as well as any DSLR, mirrorless or cinema camera as long as the lens has a filter thread somewhere between 52-82mm. It comes with a carry bag, tripod, the smartphone mount and 52-82mm step-up rings.

As portable teleprompters go, this one looks to be one of the best designs out there. When not in use, it folds up very small to just slip into a bag and the setup time to attach it to a camera doesn’t seem all that bad.

You can find out more about the mPrompter over on Kickstarter, and you can back the project starting at €250 to get your own. They’re expecting to ship in January 2020, assuming they hit their goal.