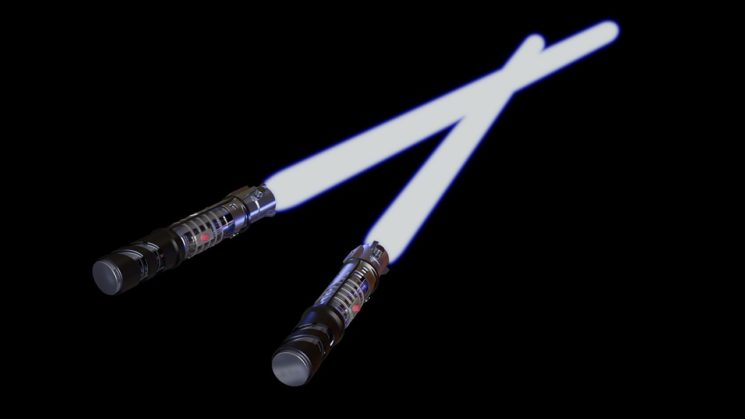 We learned before that the original lightsaber was made from a flash handle ‘40s Graflex camera. That’s about its looks – but have you wondered how its sound was made? Sound Designer Ben Burtt recently revealed that the sound of the iconic movie weapon was inspired by a film projector motor and a TV set. He shared a story about how he created the sound, and if you’re a Star Wars geek, you’re gonna love this.

The video is a bit old, but it came to our attention recently. After all, it’s never too late to share some nerdy stuff, right?

As you can imagine, Ben Burtt had tons of challenges ahead of him as he had to create sounds of things like spaceships, light blasters, and cool stuff that doesn’t actually exist. Of course, the lightsaber was among that stuff. He recalls that he saw some of Ralph McQuarrie’s concept art when he heard the sound of the lightsaber in his mind. “In the booth where we projected the films, those projectors made a hum.” It wasn’t when they were running, but when they were idle when they would make “this magical, mysterious humming sound,” as Burtt describes it. “I thought ‘that’s probably what a lightsaber would sound like.’”

However, he needed to add another element to this unusual weapon. And believe it or not, a piece of broken gear helped him find it. “When I walked past the television set in my apartment, it picked up the hum from the picture directly into the broken wire, that made a buzz. And I said ‘that’s a great buzz, that sounds dangerous.’”

So, Burtt recorded that buzz and mixed it with the hum of the film projector motor. Interestingly enough, as he notes, “a sound person doesn’t normally want buzz or hum.” But in this case, they were exactly what he was looking for! It was a buzz and a hum that made the sound of the most iconic movie weapon… I think that’s really unique and awesome.