We have seen our share of old lenses / new cameras before. But nothing as frenkensteinish as this GH2/Polaroid hybrid from Gabriel Verdugo. 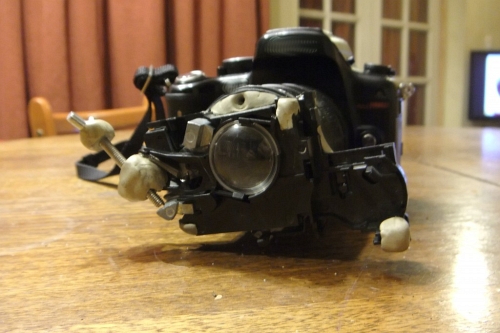 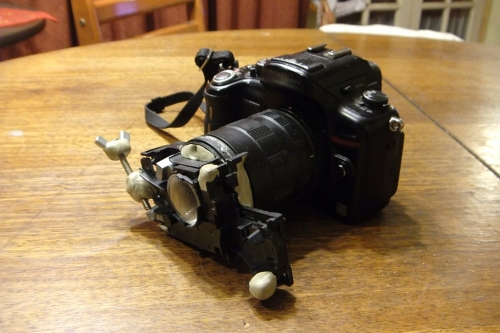 The franken lens, (:, just a fun project of the weekend, I took an old polaroid camera, of the ones that printed the images in the 80´s, took out the plastic lens and placed into my micro four thirds camera.

The tubes that you see are macro tubes, that are used to be able to have the lens in focus (In this case the distance from the lens to the camera sensor must be the same distance that the light traveled from the lens to the printable paper inside the polaroid). Luckily, these tubes accept a 52mm ring, so I simply attached a 52mm ring into the lens, to make the Frankenlens interchangeable.

*The white goo is epoxic clay, i used it just to hold everything together in a sturdy way

**The diaphragm is part of the internal mechanism of the original polaroid camera, thats way the franken lens has such a weird shape, to keep the blades of the diaphragm working (the lever wheel and the spring are also part of the ancient mechanism)

I can also control the two blades lens diaphragm in two different ways.

By turning this screw i can hold the diaphragm in a desire position. 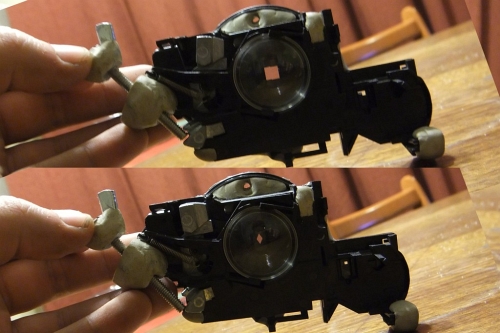 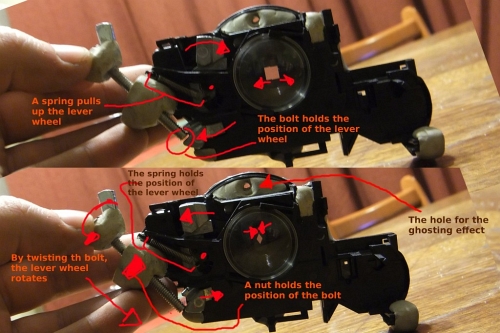 And by pulling this little lever i can have an stepless diaphragm. 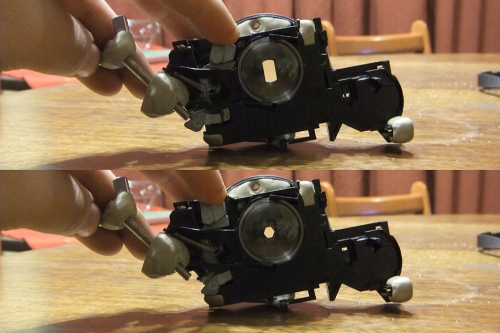 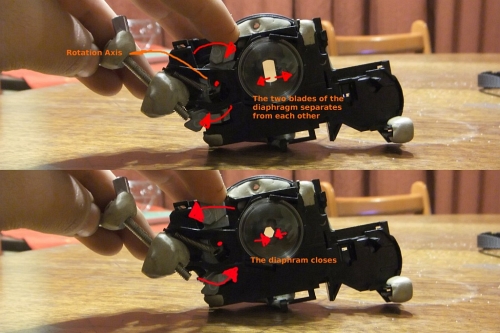 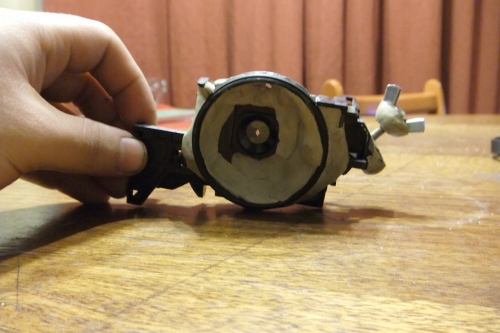 Above the diaphragm and inside the 52mm ring, there is a little hole, this hole is used to give a ghosting  effect to the images, just a little effect that make the Frankenlens more unique, and by covering the hole, from the outside, with the finger, the ghosting effect dissapears. 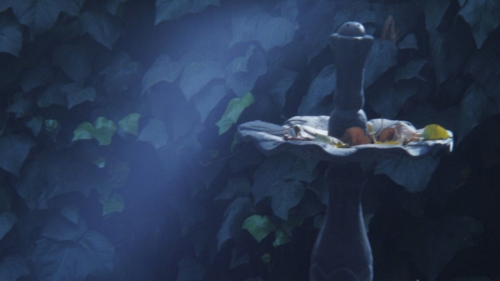 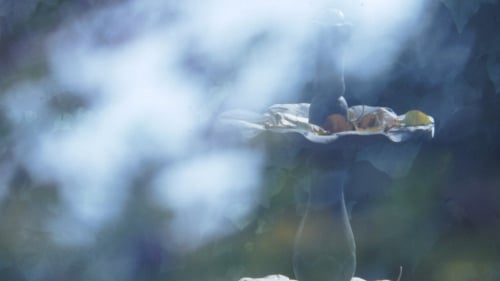 with the ghosting effect. 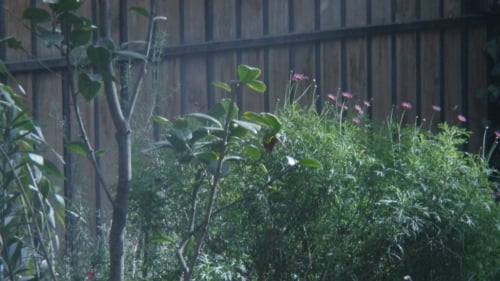 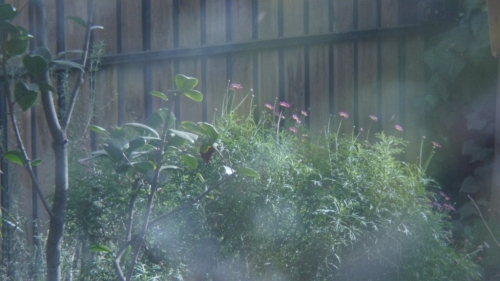 with the ghosting effect.

So, as you can imagine, I will probably never use this lens again (:, but is a nice thing to have just in case you want the effect of an old plastic camera.

On the GH2 it almost look like a 75mm lens (on 35mm equivalent), and the lens needs a lot of light in order to work, this is probably because it doesn´t have a focus mechanism. So I don´t know, maybe it is an F8, and keeps everything in focus, probably only useful for daylight or long time exposure pics in the night.

Gabriel Verdugo is a photographer, a film maker and a maker, you can find more of his work in English or Espanol here.