Venus’s transit over the sun occurs when planet Venus positions itself between the Sun and the Earth, kinda like the solar eclipse we had a few weeks back.

The timing of this astrological phenomena is kinda weird, a couple of transits 8-years-apart occurs every 105 (or 121) years. So the next transit of Venus across the Sun won’t take place until 2117. This is plenty of notice – about a centery worth – but if you get to the last minute and still find yourself unprepared here is a neat fast trick from Jeff Finkelstein to get you back on your feet.

Here is the image of the Venus Transit, with my DIY $2.00 rig 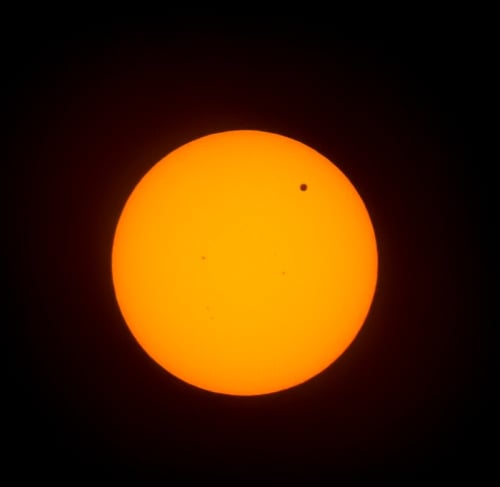 I combined my cheapness with my knowledge of optics, and came up with this $2.00 solution:

1. First, I purchased a pair of $2.00 Eclipse glasses at our locally-owned hardware store. I actually purchased 10 pairs, but only so I could safely tell my staff to stop doing billable work and go stare at the sun. Which they did. 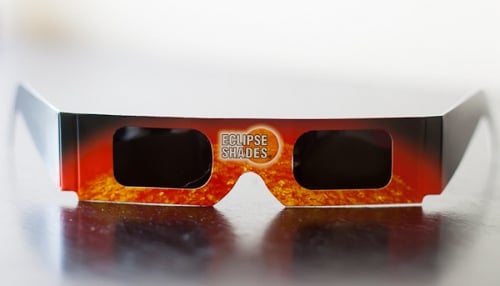 2. I peeled the paper off of the Eclipse glasses, and used the film (bigger than the eye opening), but still not big enough to cover the entire front of the 77 mm lens.

3. I then took an old, slightly scratched and unused 77mm UV filter (I gave up filters for Lent one year… and never went back to using them) and used gaffer tape to tape the rectangular eclipse glasses film onto the middle of the filter. 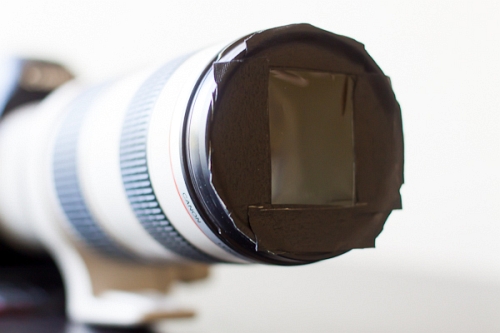 4. Next, I carefully taped around the edge of the rest of the circular filter, to black it all out. I tested this with a super-bright LED video light, to make sure no light leaked in on the sides.

5. I made sure to trim the gaffer tape so that it wouldn’t interfere with the screw threads (using sharp scissors).

6. I screwed the modified UV filter onto the lens and pointed the camera at the sun. 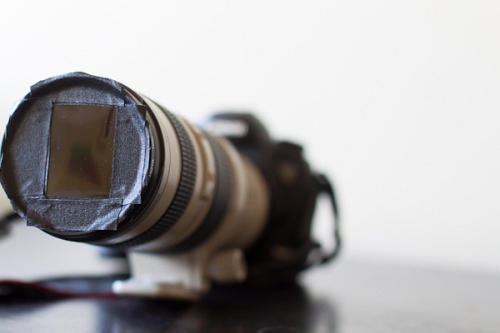 7. I shot in manual mode using f/8, so the aperture would be a small enough hole that didn’t require the entire 77mm of the front lens.

FYI, I came up with the idea during the last solar eclipse, when I just had a pair of eclipse glasses and a 50mm f/1.4 lens on the Canon 5D Mark III. I stopped down the aperture to f/8, and just hand held the eclipse glasses in front of the big lens, hoping to not blind myself. This rev 2.0 is much safer.

The Next Version Of Photoshop Will Let You Customize The Toolbars