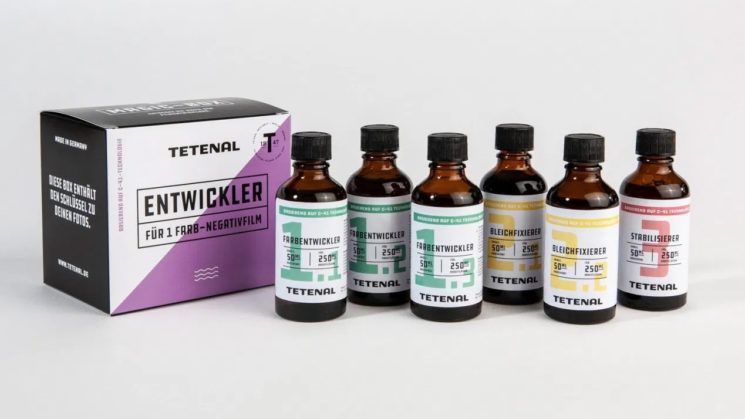 It looked like it was the end for Tetenal. At the beginning of 2019, Tetenal went into liquidation but was rescued by a management buyout, including all photochemical formulas, the Tetenal brand name and the production facilities. Now, they’ve announced their first new developing kits, the “MagicBox”,  for C-41 & E-6 film and RA-4 colour paper, under the new brand name TETENAL 1847.

The company, who once employed around 200 people now consists of around 40. But this downsizing of the workforce hasn’t stopped them from working on bringing the business back and releasing new products. They seem to be taking a different approach this time around in order to attract a different market. In this case, it’s low volume users. 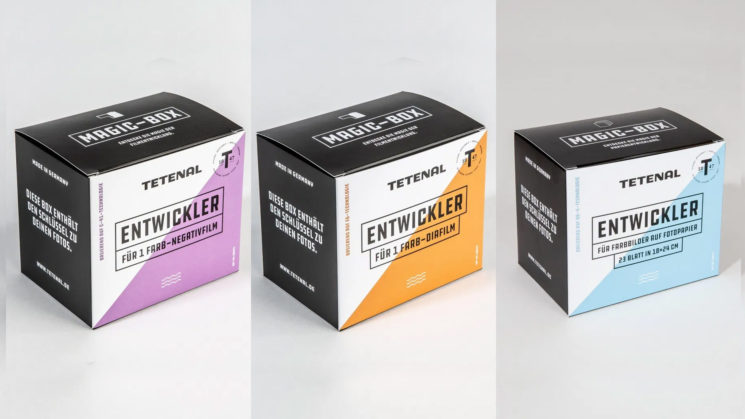 Each of the C-41 and E-6 Magic Box kits contains enough chemicals to develop a single 35mm 36 exposure or 120 roll film. The RA-4 contains enough to develop 23 sheets of 8×10″ colour photo paper. Emulsive reports, though, that for the film developing kits, you’ll likely get 2 or 3 rolls out of them. They’re definitely not aimed towards bulk film shooters.

It’s an interesting move, but I think quite a smart one. With the number of photographers dabbling with film these days, many won’t need the multi-litre bottles for developing several dozen rolls at a time. A lot of people will only run through one or two rolls per month at most, and larger quantities of chemicals will expire long before they’re used.

As Emulsive mentions, this isn’t the first time Tetenal has released small kits like this. They did it in the 1990s, targeting photojournalists who needed to develop individual rolls quickly to be able to get them to press. Those guys might not be around anymore (or at least, not using the same cameras they were then), but a whole new wave of small volume film shooters are.

Many photographers I know who still shoot the occasional roll of film will stockpile exposed rolls of film for several months in order to be able to develop a bunch at once without wasting chemicals. Now, it looks like they won’t have to.