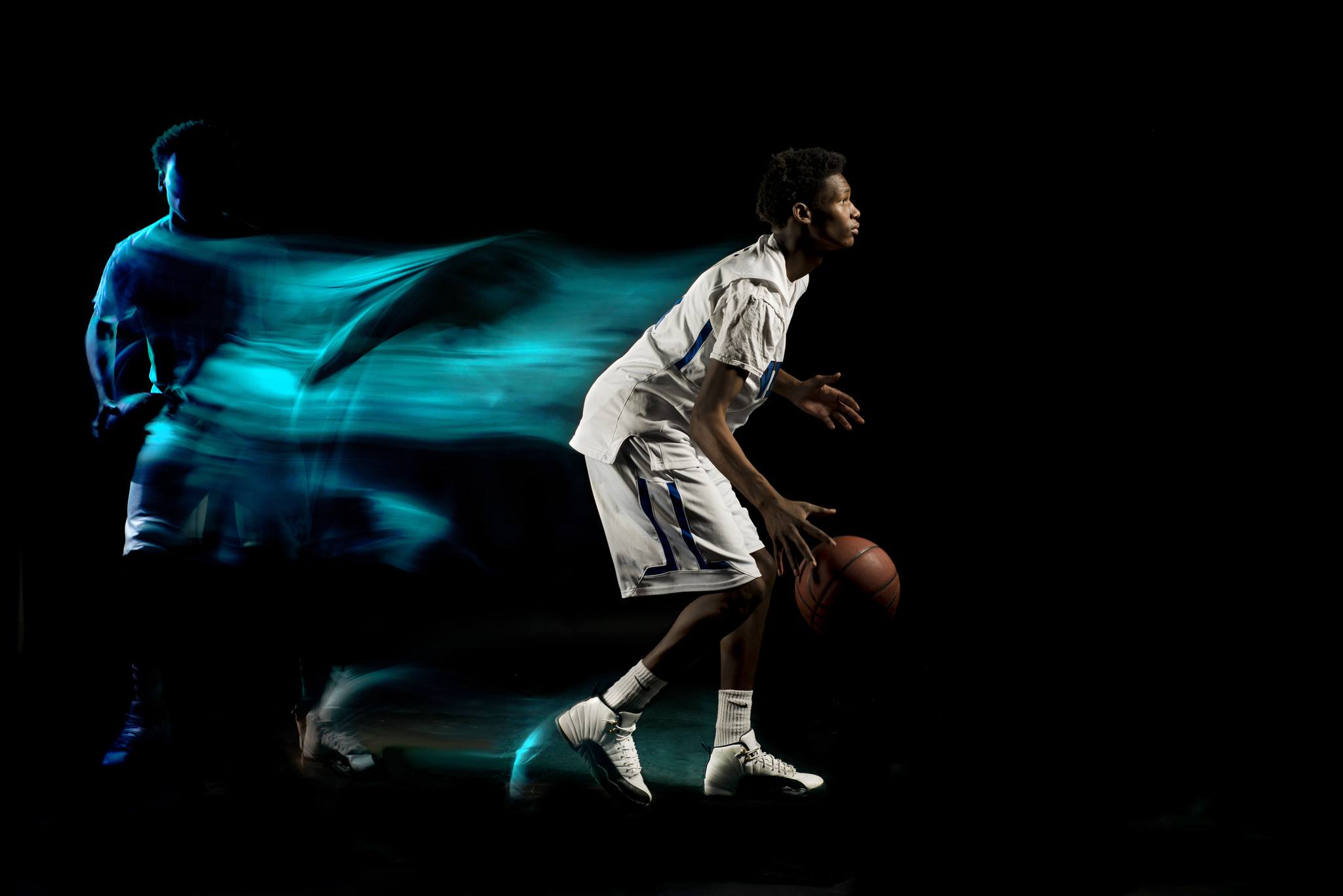 Some people prefer to use continuous light and some prefer strobes, but if you combine the two you get a certain kind of magic. The continuous light gives you the smearing effect you would get from dragging the shutter, while the strobe will freeze the action. Photographer Erik Christian used that fact to create compelling portraits for a local newspaper annual basketball all-stars piece.

After some practice with a light as a basketball stand it, Erik had the setup nailed. Each shot would start under the continuous gelled light and end at the exact spot where two gridded strobe would freeze the player in an action pose. 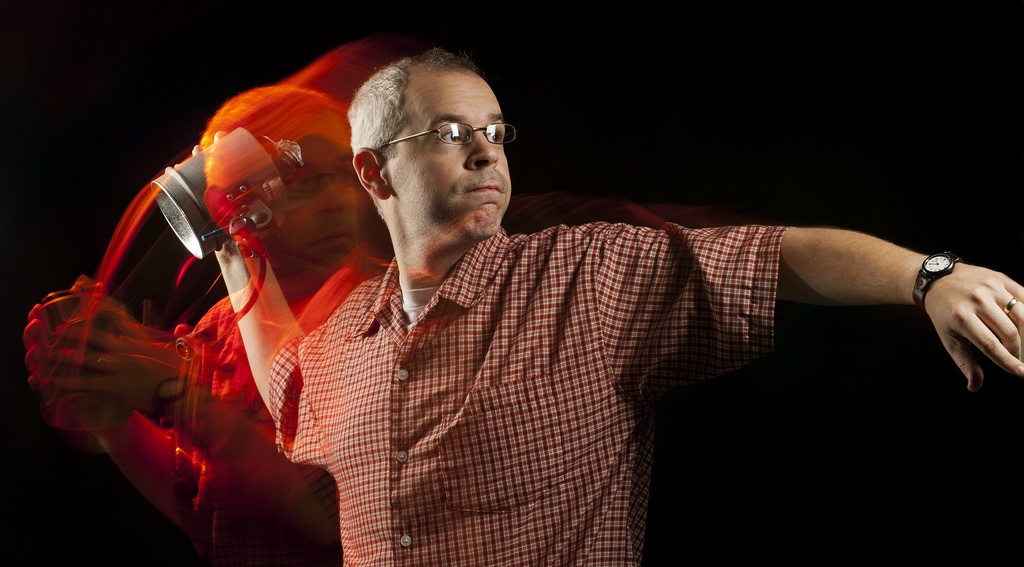 The final image of the player is lite with 2 strobes in gridded softboxes at the left and right of the player. These freeze the action an create the photo of the player. The light trail is created by 2 continuous lights with colored gels at the back left of the scene.#

While different combinations of lights will probably need differnt settings, here are Erik’s setting as a starting point. All shot with a D800 and a 50 mm lens

This BTS shot shows how it was taken: 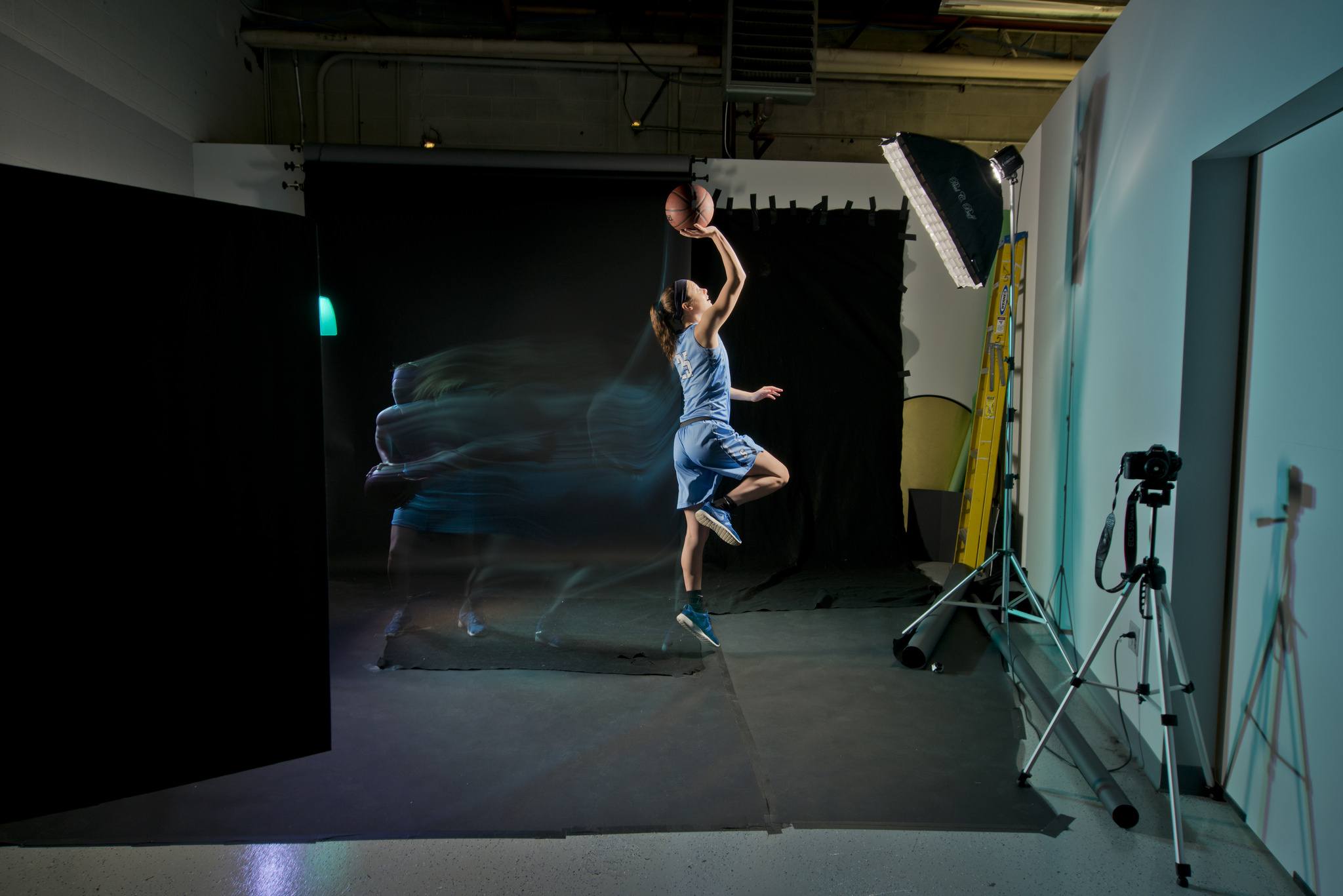 And here is the rest of the series 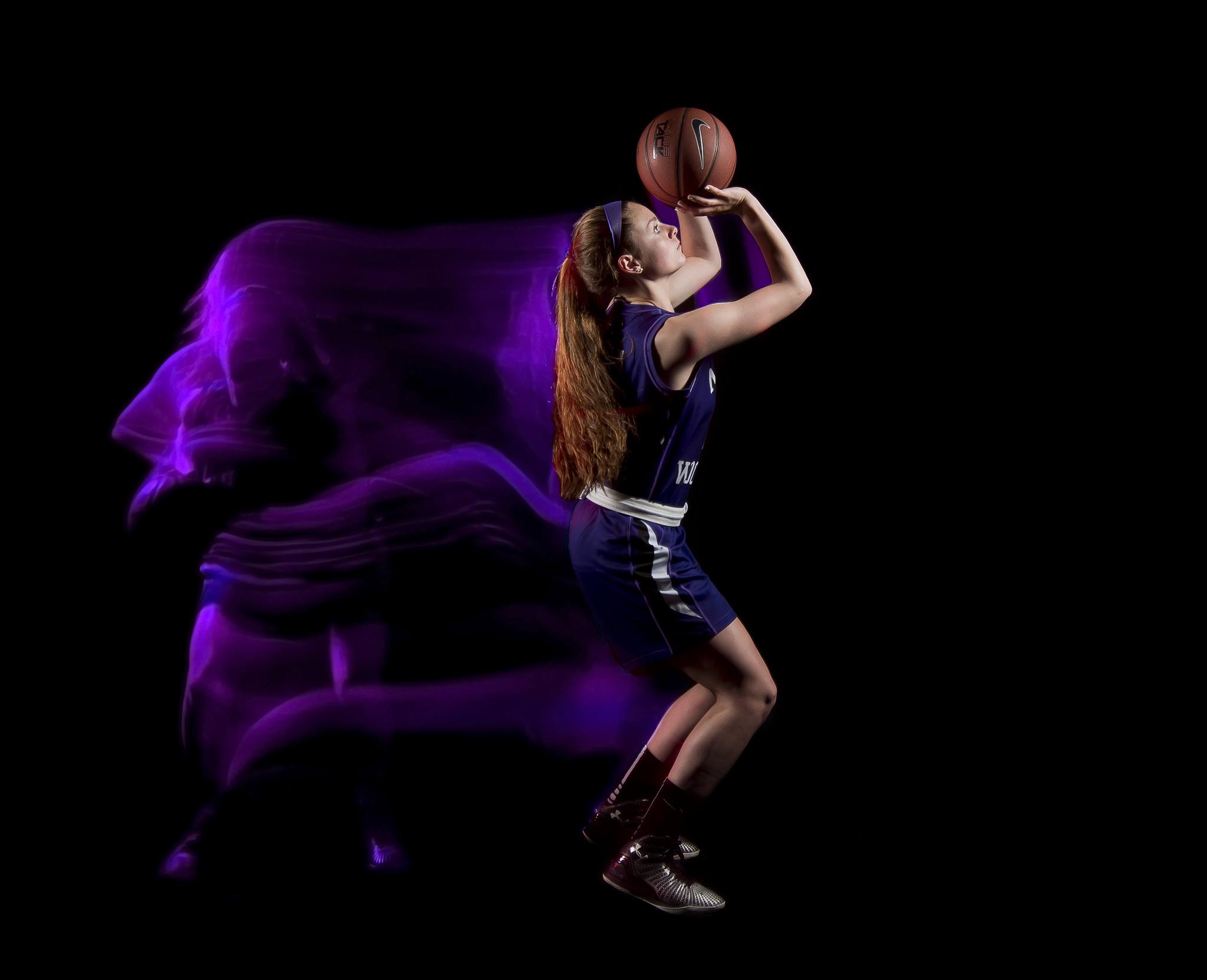 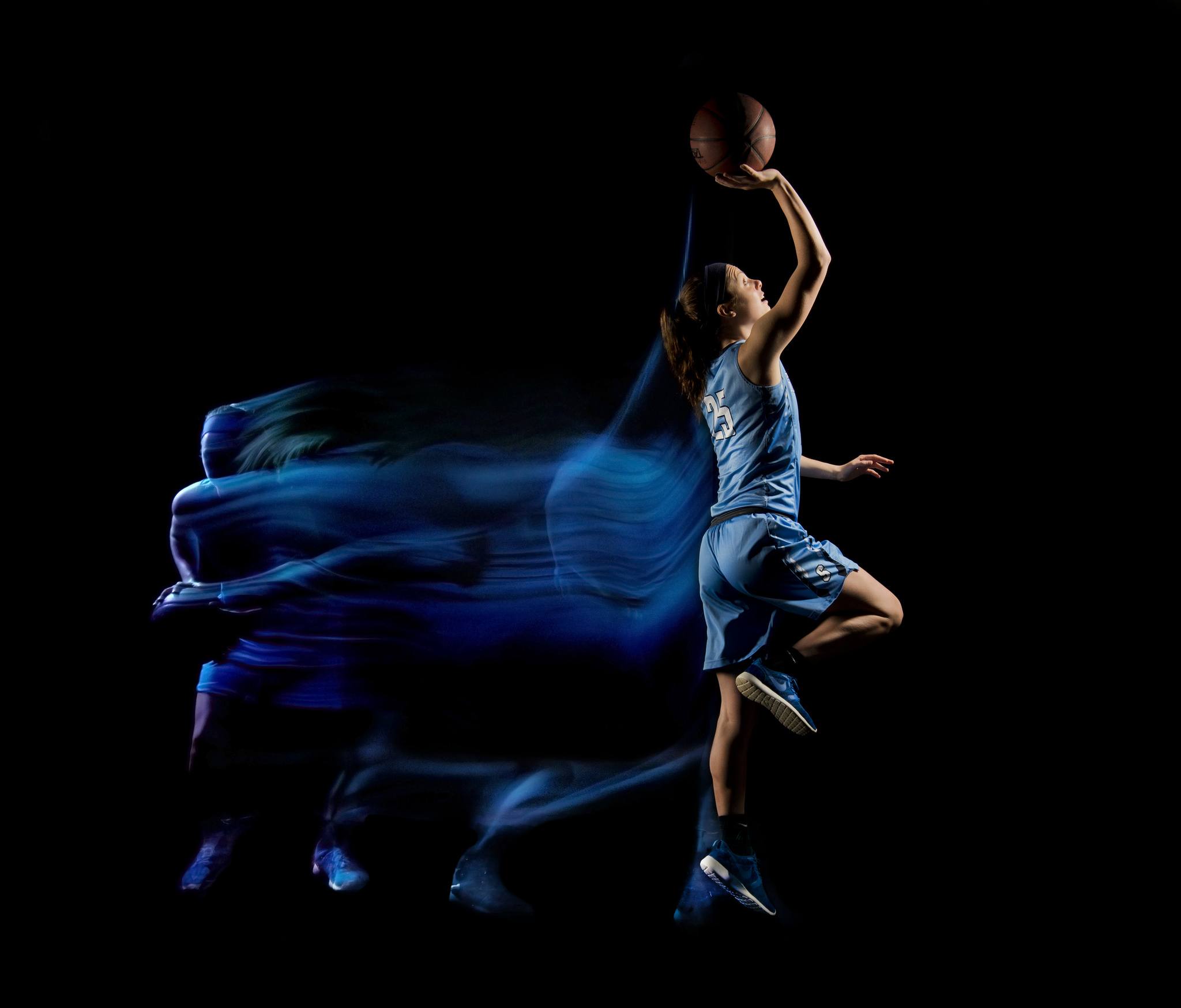 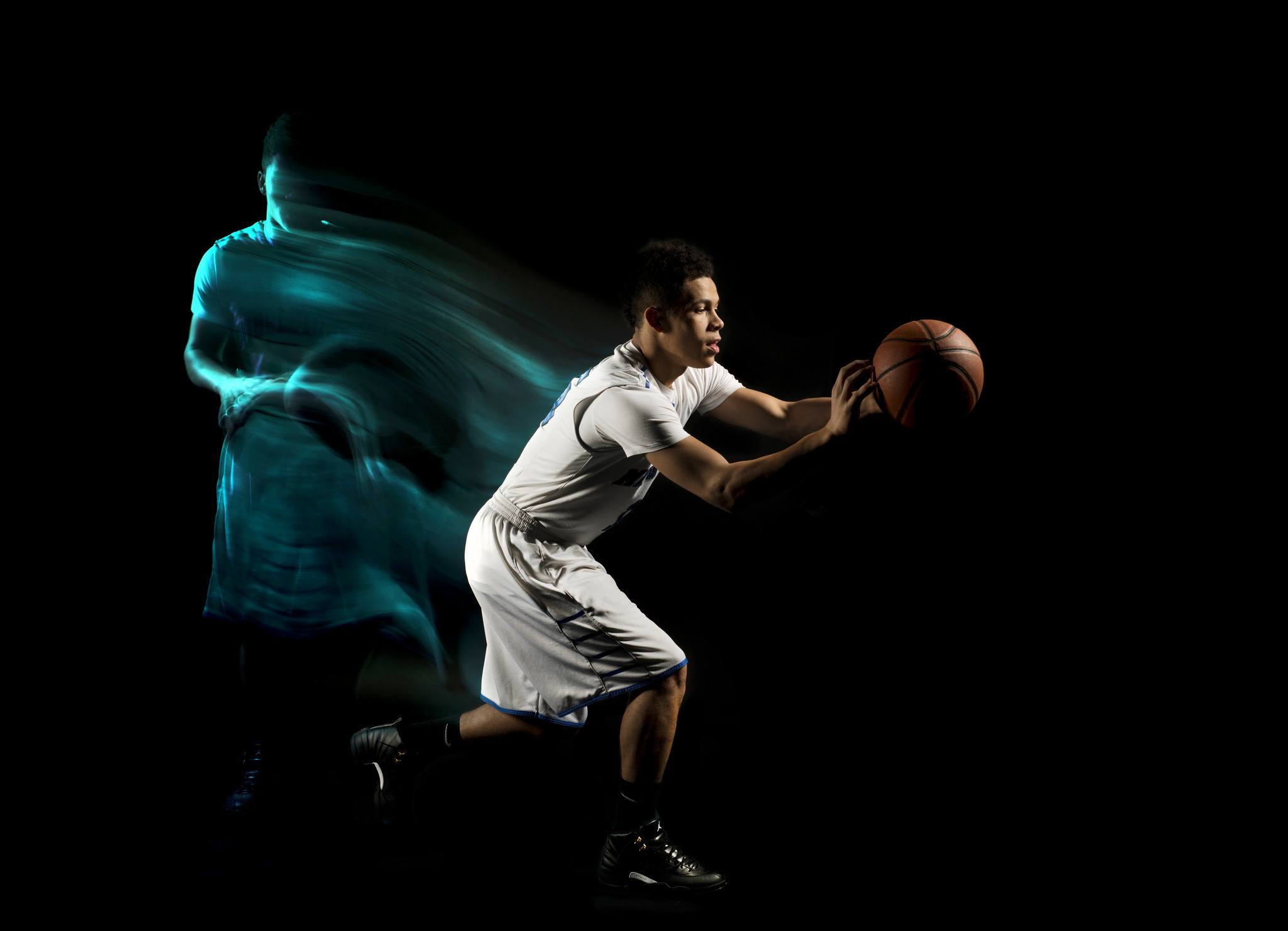 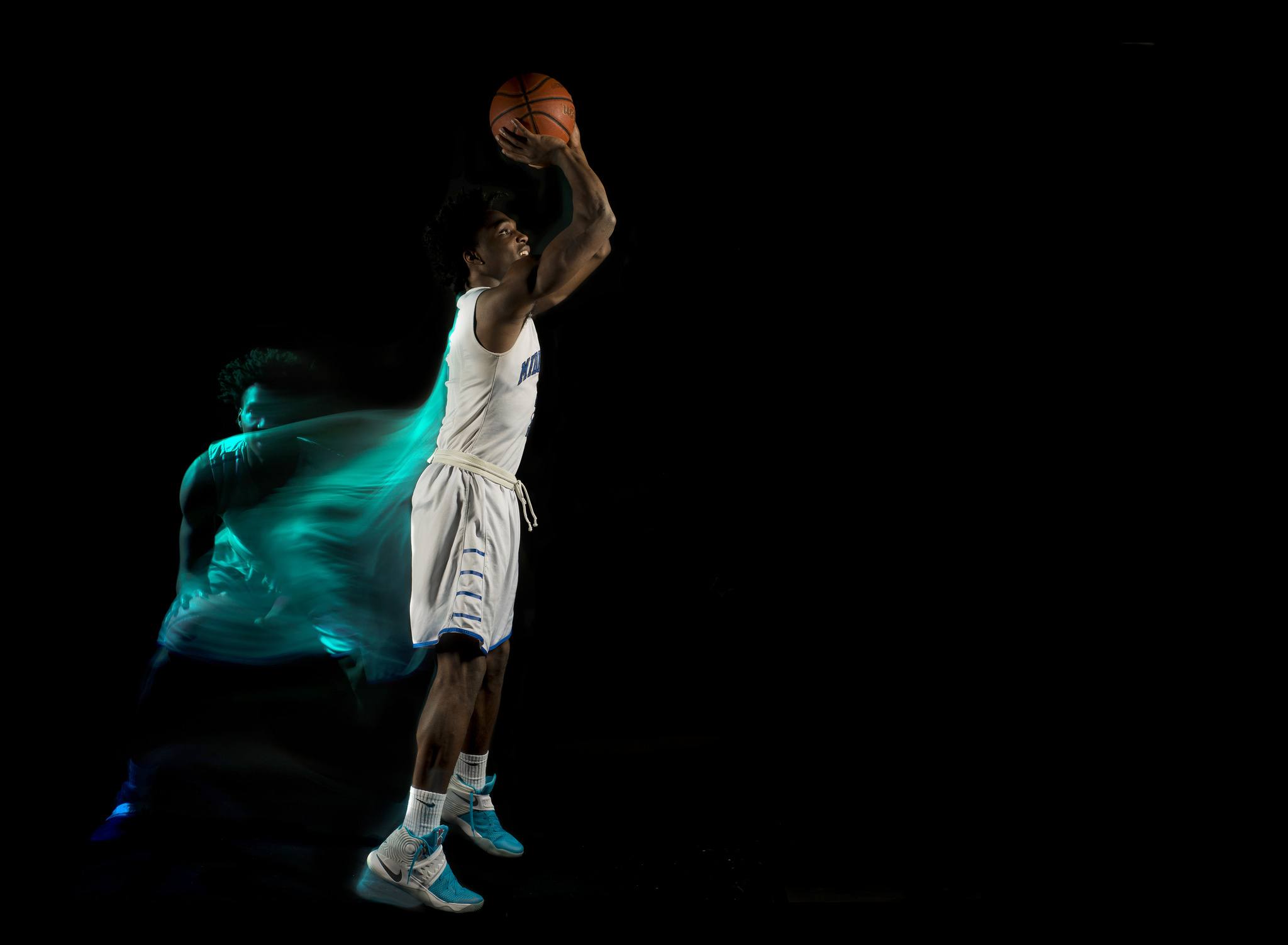 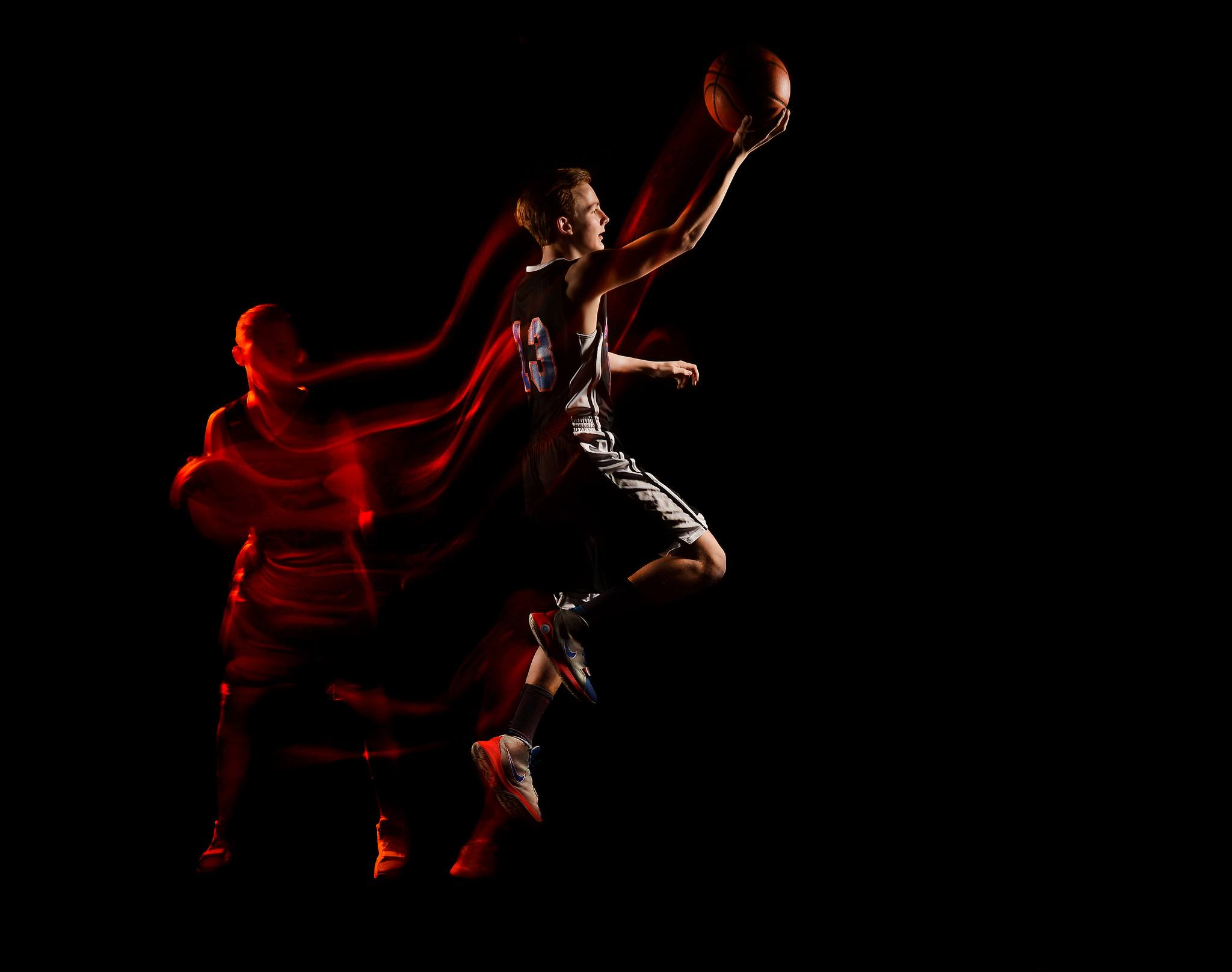 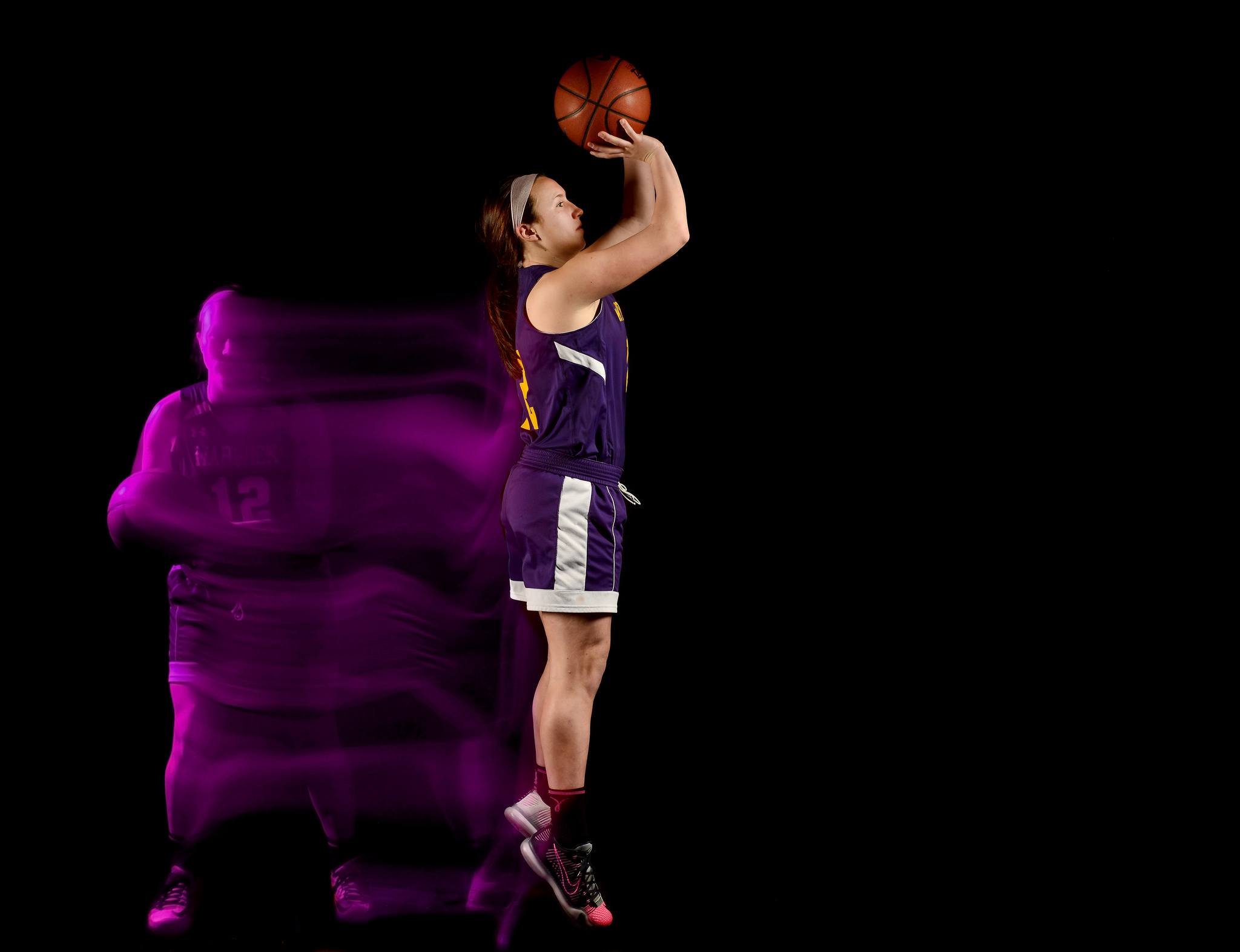 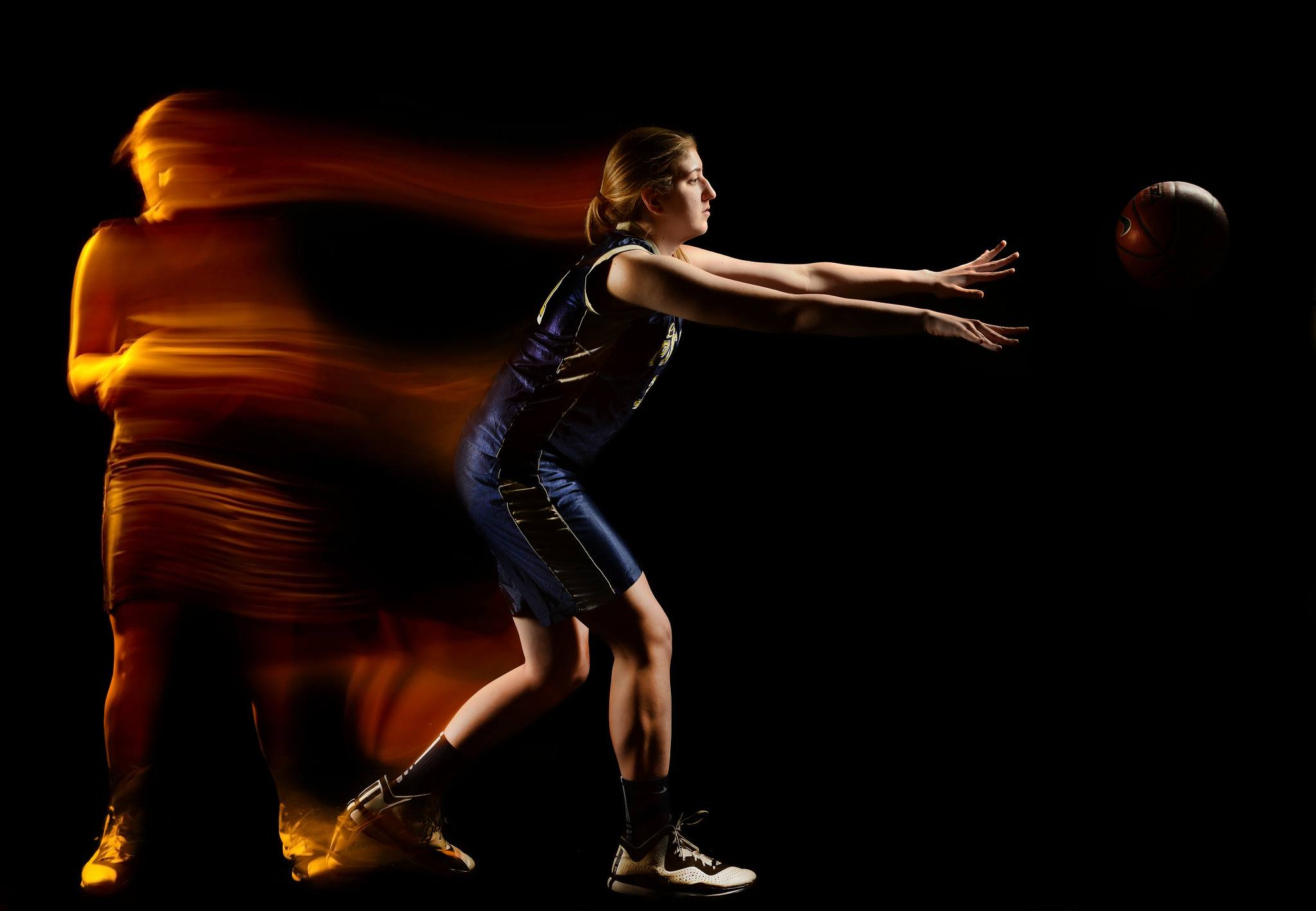 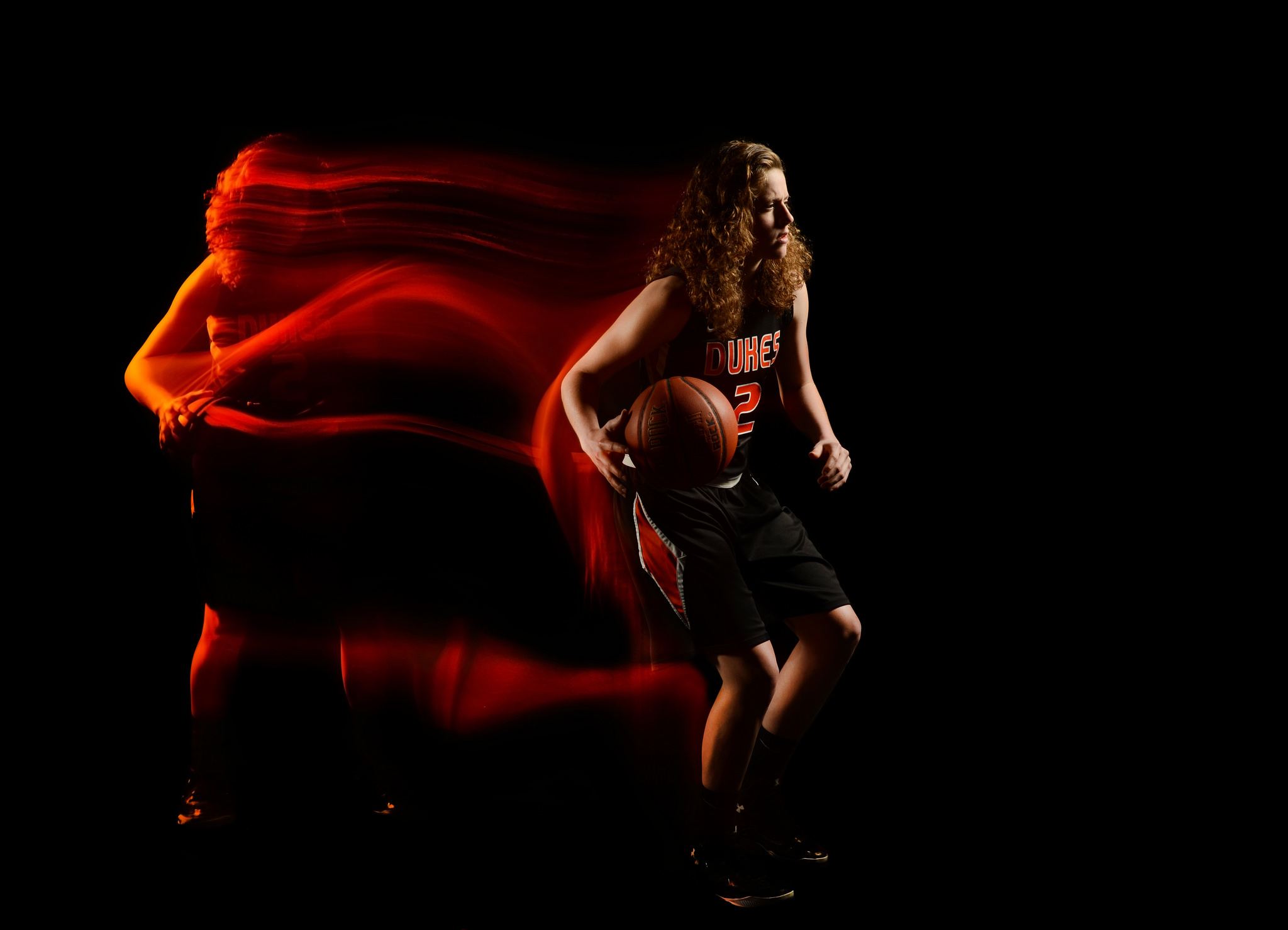 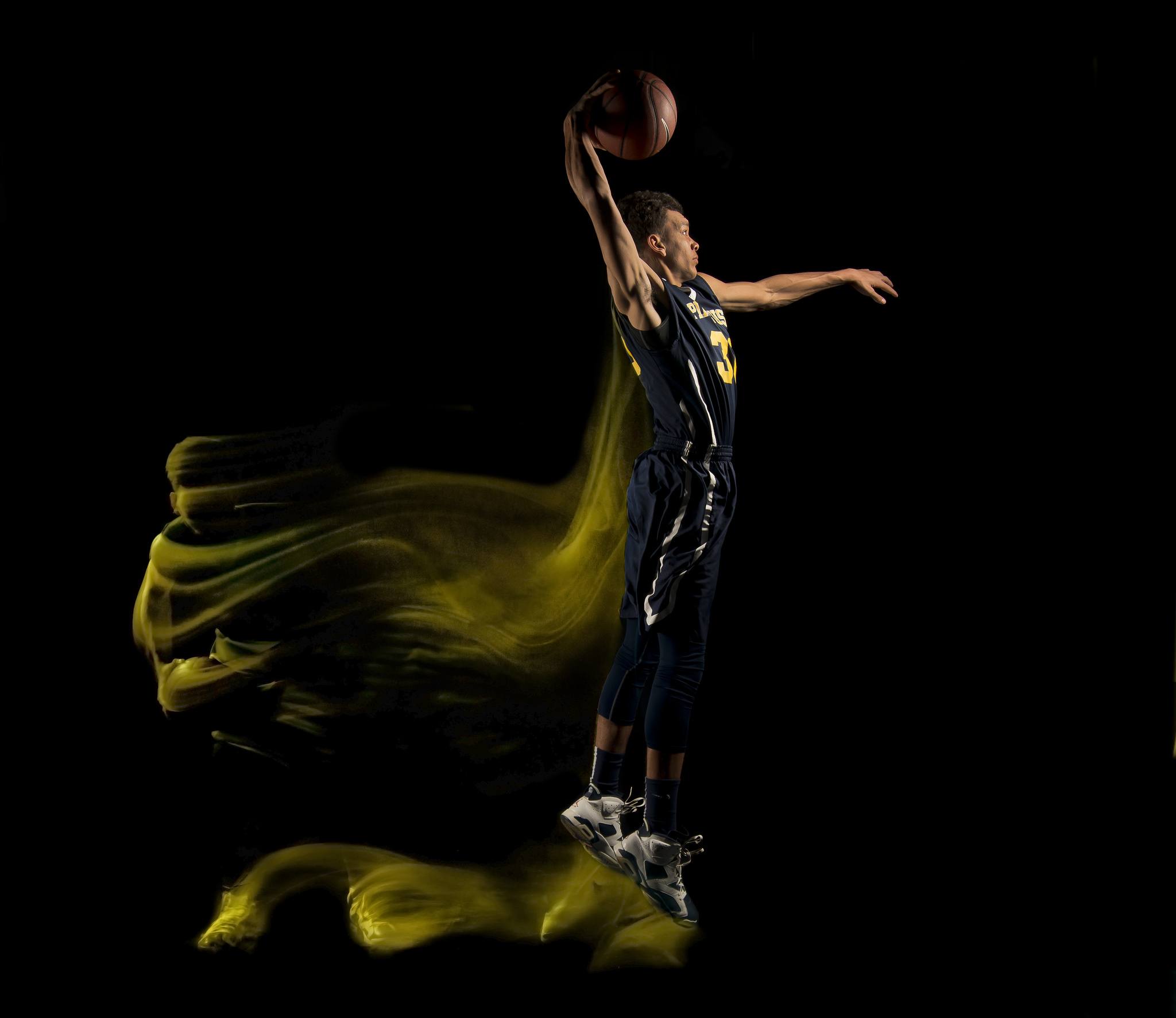 « This photographer is capturing childhood at its simplest, sheltered from TV and electronic devices
A photographer tries to buy a print of his own image from the person who stole it »