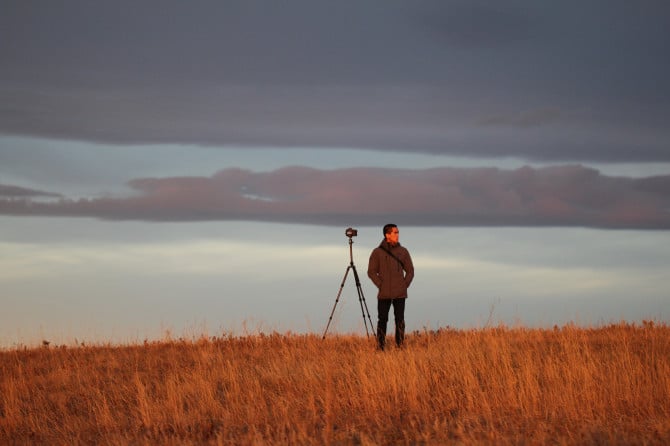 The numbers don’t lie, being a photographer is a sure fire way to secure your status as a sex symbol.

Good news, photographers, it turns out we’re some seriously sexy mother jumpers. Though we’re still pretty ugly compared to musicians, we are more attractive than comedians and poets. The study, conducted by the University of Pennsylvania’s Scott Barry Kaufman, lists the ability to take “artistic photographs” as the seventh most sexy creative characteristic a person could possess.

Here’s the Top 10 finishers according to the group of 815 “ethnically diverse” under-graduates polled for the study, which consisted of 119 males and 696 females.

This screencap of the report lists the top 10 sexy creative behaviors starting with the most attractive behaviors.

Moving Up In The Ranks

Seventh place isn’t terrible, but I like to win, or at least hit the board, so I’m going to bump us up a few notches using my own flavor of logic. Sorry Dr. Kaufman, but here’s my justifications: The number one slot was taken by “playing sports”, which is sexy, yes, but it’s athletic sexy, not creative sexy. To be fair, there is an art to playing sports, but its appearance on this list still confuses me a little. How many times do you watch sports and think to yourself, “Whoa, it’s so creative when number 52 chases the ball down the field.”.

Now, before you sportsters get all bent out of shape, I should note that I’m a (self-proclaimed) authority on the topic since I earned a living as an athlete before I switched to photography. 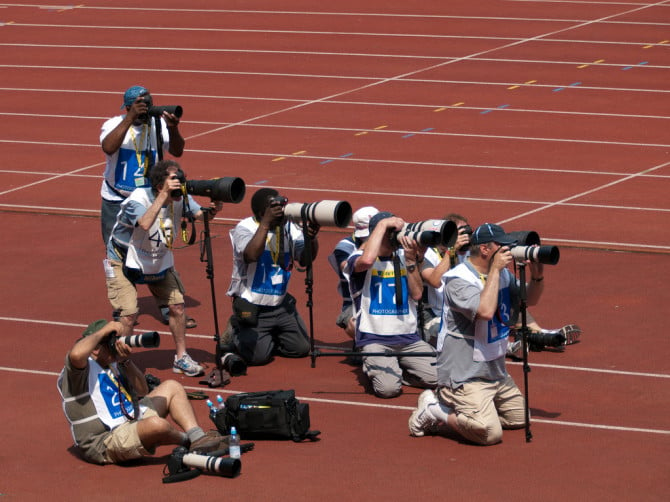 The study did not state whether or not sports photographers scored bonus sexy points for taking artistic images of other sexy people playing sports. (Photo by William Warby)

Secondly, I feel like “recording music”, “writing music”, and “performing in a band” should have been grouped together rather than filling up the third, fifth, and sixth slots, respectively. As someone who can play a mean version of “Just A Friend” on the ukulele, I feel like writing, recording, and performing music go hand in hand in the same way that conceptualizing a photograph, taking a photograph, and showing said photograph to other people go hand in hand.

Now that I’ve eliminated sports, and combined three categories into one, photographers are now fourth on the list. You’re welcome.

If you’re witty and like to take dates on photo adventures, you’re basically golden and someone’s probably already put a ring on it–move directly to the front of the line.

Now, if you’re one of those people who like to surround themselves with slightly less attractive people to make yourself look better, you may want to find yourself a few science fair contestants and seamstresses to hang out with, as they fell into the bottom five least attractive creative behaviors according to the study.

This screencap of the report lists the least sexy creative behaviors.

To see the rest of the results, you can check out Dr. Kaufman’s study, here.

Meanwhile, you can use your newfound confidence by grabbing a selfie stick and capturing some new profile pics of your sexy self doing a little dance. (Which, by the way, made a 13th position appearance on the list).

How to stand out among 2.6 billion photographers

These are 30 types of photographers, which one are you?

“The Grand Tour” comically illustrated three types of wildlife photographers, and they nailed it

« Inventive Video “Lightspeed” Combines Light Painting With Stop Motion Photography
Gear Avoidance Syndrome: It Might Be Healthy For Your Photography »