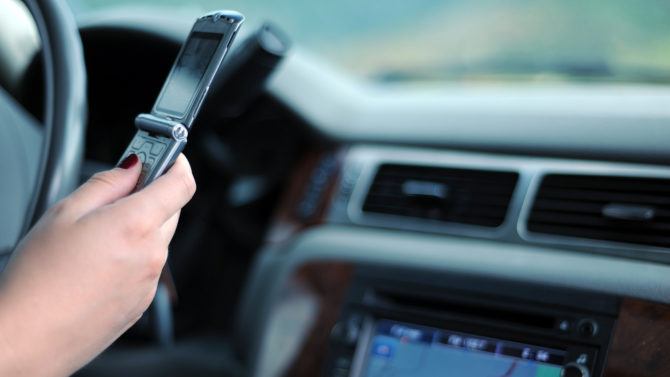 The general population seems to have got it through their head that texting while driving is a stupid idea. It seems, though, that when it comes to selfies, people quite gotten so smart yet.

A recent study by the Auto Insurance Center says that at any given moment during daylight hours in the USA, around 660,000 people are using cellphones or other electronic devices wile driving. This covers talking, texting, or playing games. It also includes those taking photos and uploading them to social media while operating a vehicle.

The report shows that 14 states in the USA have implemented a total ban on using handheld phones while driving. Only 4 states have implemented a partial ban, which still leaves 32 states with no restriction on mobile phone usage.

One thing that immediately surprised me. New Hampshire is one of the 14 states that has a ban on cellphones while driving. Maybe they’ll finally get around to having a seat belt law, too. 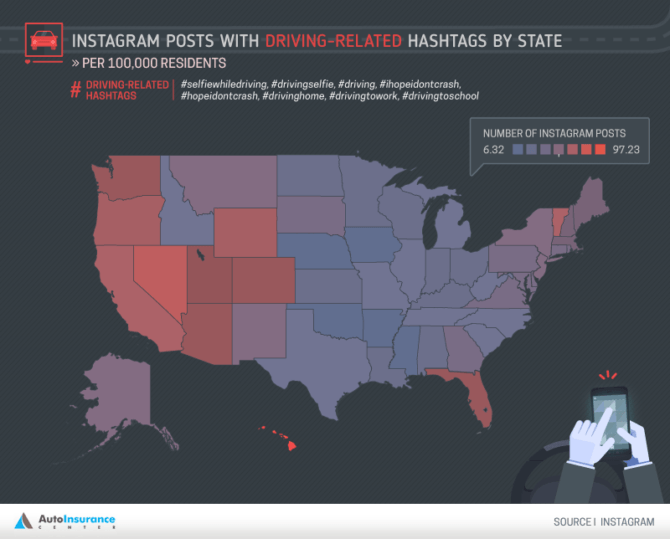 The study monitored somewhat incriminating Instagram hashtags placed on images on over 70,000 posts. These include such face-palming gems as #selfiewhiledriving, #drivingtowork, #drivingtoschool (what? really?) and #hopeidontcrash.

According to the study, California, which has an outright ban, ranked as the #1 state for #drivingselfies. Californians are guilty of shooting more selfies while driving than any other state. Nevada, which also has a total ban, ranked #2. Mississippi, which has no ban, scores the lowest. 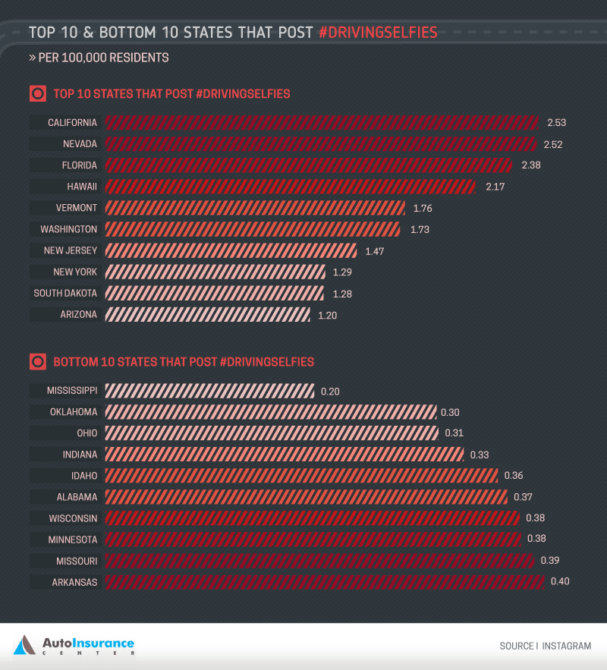 When we look at all driving related hashtags, the chart is slightly different. Do bear in mind that some of these could be posted by passengers. I know I’ve used #driving at least one or twice myself while being a passenger. 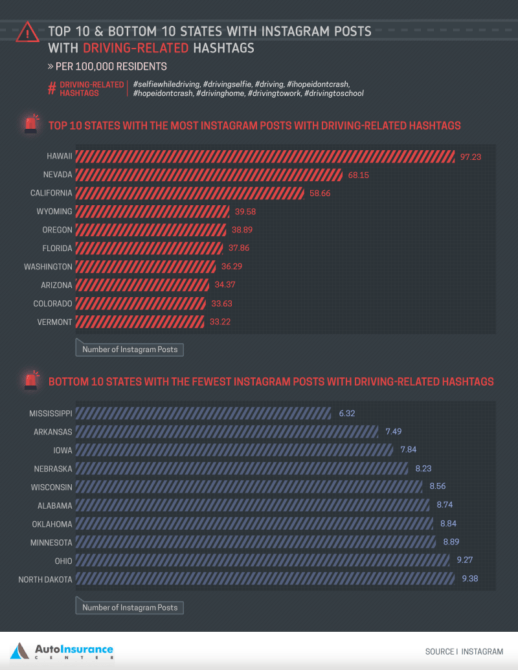 The full report and its conclusion offer some very sobering points, and a few words of advice.

We all know the perils of talking and texting while driving. It turns out snapping and posting selfies can be even riskier. According to AAA, a driver’s eyes may leave the road for two seconds to snap a selfie, and in that time a car can travel 176 feet at 60 mph – nearly the length of two basketball courts. And capturing a video for Instagram – which now allows footage of up to 60 seconds – can distract drivers for much, much longer.

Play it safe on the road by vowing to keep your eyes off your phone. If you’re tempted to text, tweet, or snap a selfie, stash your phone out of reach while you drive (the backseat is a good spot), and pull over if you need to use it. You can also download apps that lock phones while you’re driving. Your life – and the life of others – is so much more important than posting a photo on social media.

Drive safe, folks, and remember, no life is worth a photo. Not yours, and definitely not somebody else’s due to your negligence. Keep your eyes on the road.

Have you been in a #drivingselfie incident? Have you done it yourself and don’t see a problem? Let us know in the comments.

Study Shows Photographers Are Among The Sexiest Of Creative Types