The idea behind this cheat sheet is simple – it features three settings of strip light.

Those should help you pre-visualize the use of strip lights as part of your lighting setup.

I began working with strip lights not that long ago and I really love them. having a light source that is hard on one axis and soft on the other is a very interesting tool to work with. Not so easy to pre-visualize though, hence the card.

What’s In The Card?

In the first position, the two strip lights are positioned right and left, 45 degrees off axis.

The second position shows the light when the two lights are positioned right and left of the subject.

The third and last position is from when the strip lights are positioned 135 degrees to camera axis – that is slightly behind the subject.

Those three settings should give a pretty good idea on how strip lights work when positioned vertically (I can’t promise there will not be a follow up with a horizontal position ;) 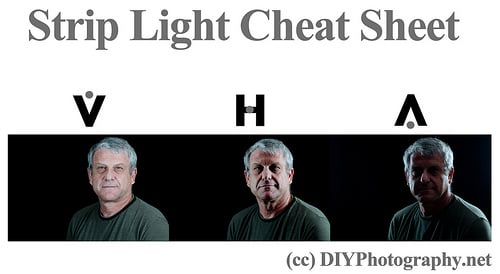 Well, you would need some strip lights to make it relevant :).

If you love the idea of strip lights, you can get a pair of photoflex half domes or  create your own using a box or an electric rail.

For each lighting setting that you consider, the card shows you what will be the added light effect when adding strip lights into the mix.

I would assume it is best used with the portrait lighting cheat sheet card.

The setup is pretty simple, two strip lights one from each side of the model, about a meter away. The head of the model is at the middle of the strip. (This is crucial, get to much under light and your model will turn out looking like Franken-strip).

We kept the position of the model, and the relative distance of the strips and moved them along an imaginary circle. 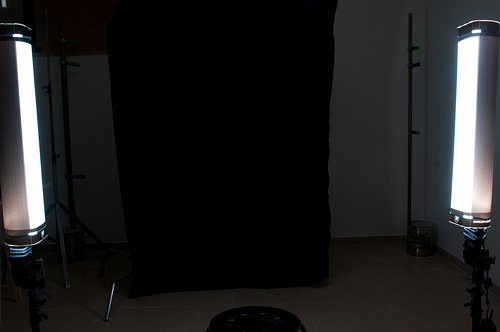 The last picture that we took was the back light one. I did not feel too good about it so I added a snooted strobe on the front for a more pleasing look, just so we won’t leave of with a scary picture. 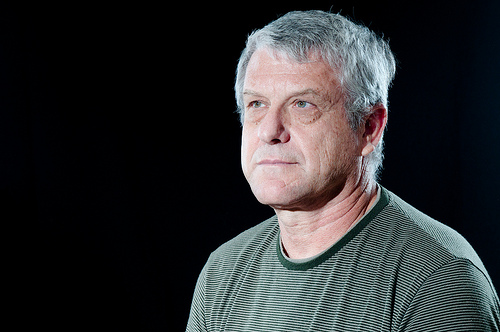 The Strip Light Cheat Sheet Card – as all cheat sheets – is placed under a CC license. Feel free to share, print, use as an instructional tool and so on.