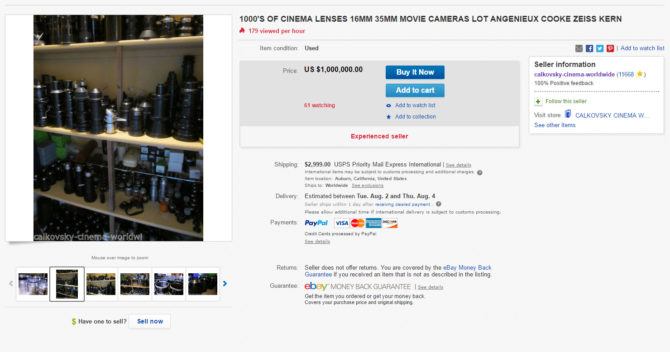 The listing, by Calkovsky Cinema Worldwide, contains well known names such as Canon, Zeiss, Schneider and Cooke.  The description lists all of the lenses as tested and in “great working order”.

Also included are “100’s” of adapters and dozens of antique wooden tripods. The photographs in the listing really don’t show off just how much gear there is, which is a shame. 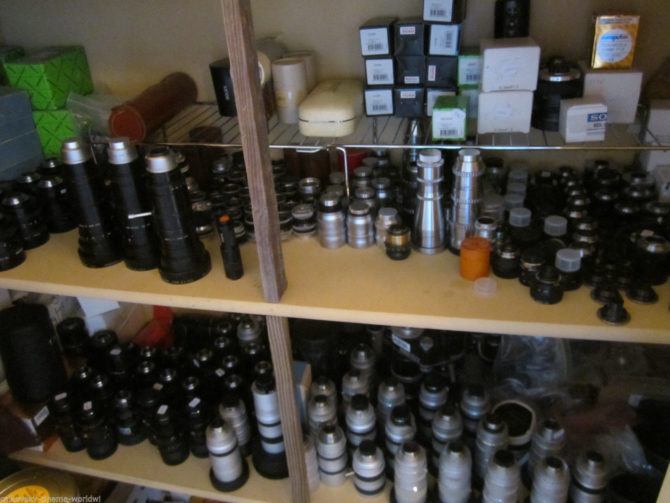 Of course, it’s not like I’m a position to be able to click “Buy It Now” anyway, but it would satisfy curiosity. You’d would expect a company that sells expensive imaging related equipment to be able to shoot a decent photo, though. Still, it’s an impressive amount of kit. 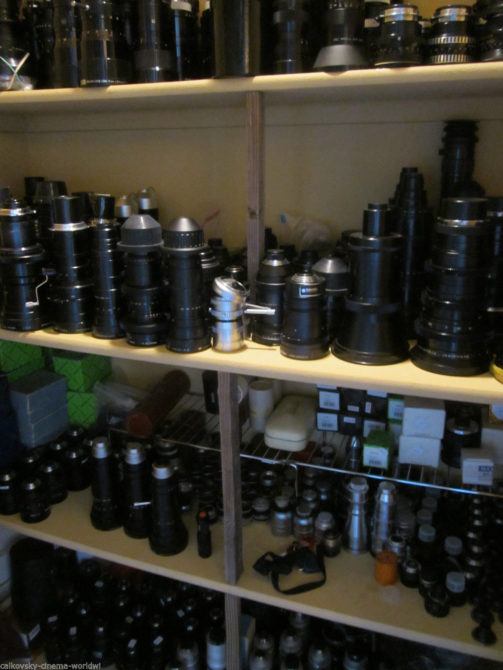 You’ll also need to pay $1,000 in shipping (or $3,000 for those outside the USA). If you’re spending a million bucks on glass, though, I don’t think that would be much of a problem.

It’s interesting to think what kind of person or company would buy this. I would imagine many production or movie companies wouldn’t bother. Many will already have most of what they need, or they have a shopping list of very specific equipment. So, they probably wouldn’t make a purchase like this just to see what they might get.

I also doubt many small independent filmmakers would have this kind of cash laying around to drop on glass. Nor would they really even have a use for this many lenses, either.

I expect it’ll be snapped up by somebody who wants to open up their own business selling equipment. It certainly would be a nice pile of stock to get such a business going.

Any of you lottery winning photographers out there thinking about picking this up? Let us know what you think in the comments.

We are giving away over $5,000 of Cinema gear to kick-start YOUR cinematography career

« Prepare, shoot and develop wet plate collodion through the eyes of the photographer
The dangers of getting lost for your photography »