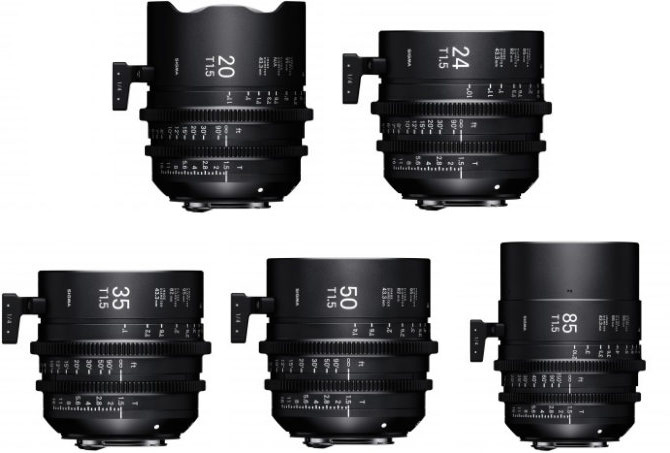 It’s been a while since Sigma announced their entrance into the world of cinema. After releasing the two announced zoom lenses, now their full-frame cinema primes are also available for preorders.

There will be five lenses in the FF High-Speed Prime line: 20mm, 24mm, 35mm, 50mm, and 85mm. All of the lenses have T1.5 aperture, suitable for low-light cinematography and composition with shallow depth of field. After more than half a year, they are finally available and the price and shipping details are known.

The lenses differ in focal length, but all five of them have some characteristics in common. They are all available with mounts in three possible variations: PL, Canon EF and Sony E-mount. Each of them covers full frame sensor size and is suitable for 8K image capture.

As for the aperture, all lenses have aperture range T1.5 to T16. They offer gear focus and iris control rings. All of them have the 9-bladed iris for pleasing bokeh, and ghosting and flaring have been minimized.

Even the price of all lenses is the same. Sigma has announced a competitive price for their line of cinema primes, and you can preorder them for $3,499. It’s not cheap, but they are more affordable than Canon or Zeiss.

You can preorder the lenses on the following links:

For now, you can only preorder the lenses, and the shipping is expected to begin in May 2017.