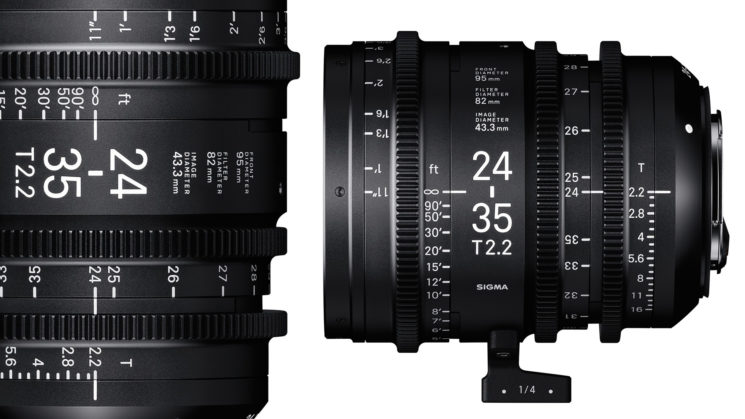 When Sigma announced last September that it was to produce cinema lenses more than a few eyebrows were raised. With Sigma’s recent improvements and high standard of Art series photography lenses, it people got quite excited, too. The first to be released were the 18-35mm and 50-100mm T2 zooms for Super 35mm (APS-C) sized sensors. This was followed up in April with five full frame 35mm primes.

Now their initial 8 lens lineup is complete, now that the Sigma 24-35mm T2.2 has been announced. It’s a full frame lens available in both Sony E and Canon EF mounts designed for shooting 6K and 8K footage. As a cinema lens it offers a long focus ring rotation of 180 degrees with manual iris control. It also contains all the necessary connections to pass information along for the camera’s metadata. 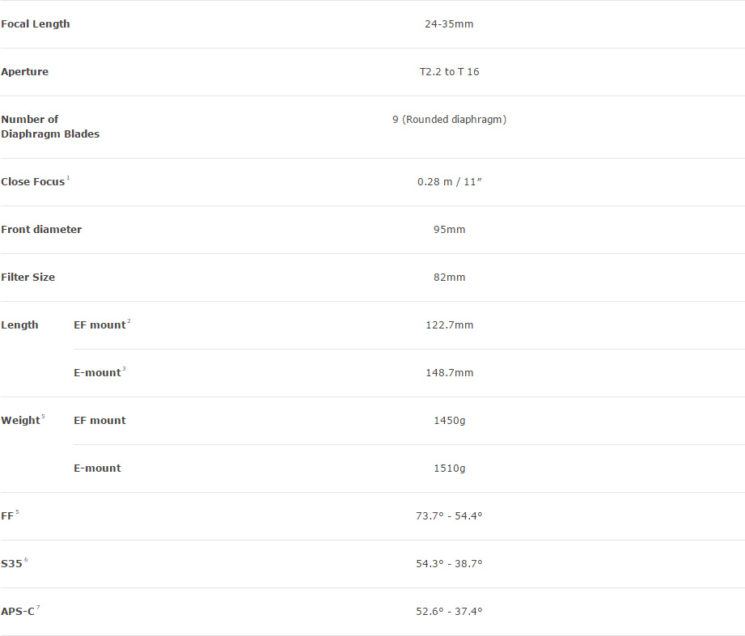 So now their lineup is complete, for now. But there are a couple more on the way. There’s the Sigma 135mm T2.0 and 14mm T2.0 full frame high speed primes expected later in the year. This brings the total up to 10 (8 for full frame, 2 for Super 35mm), and rounds out the collection quite nicely. 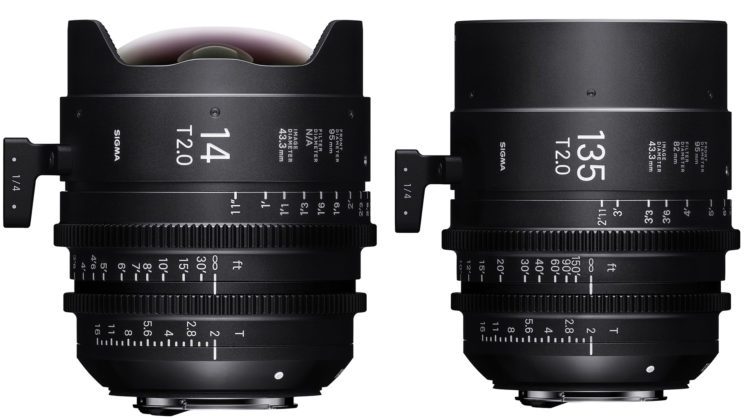 « Why You Should Try Soaking 35mm Film in Ramen Soup
Public places now demand a permit, obey or face court and fines »