One of the perks that I have as a photographer is the opportunity to shoot super cars every now and then. Sadly, I don’t have a big ass studio that I can fit a car into, and I need to improvise by lighting cars on whatever location I can get. Those can be inside a garage or in the street, or somewhere else. 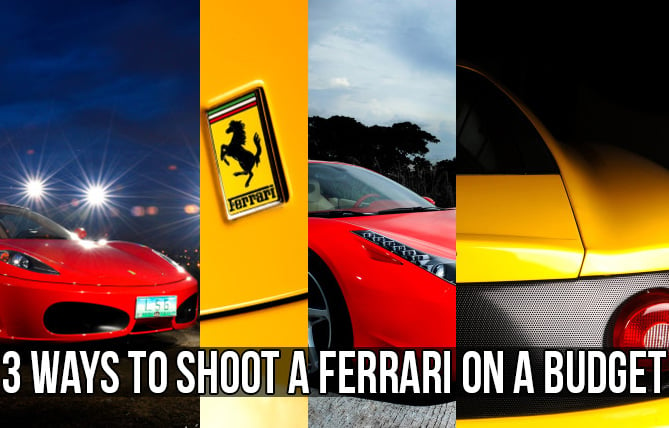 Here are 3 different lighting techniques that you can use with cars or when shooting large product or still life shots.

The first shoot I would like to break down was done inside a garage. It uses what we call direct reflection. This is when we use the reflection of the softbox as the light for the shot. This gives a nice and smooth specular highlight, giving emphasis to curves. We shot inside a garage and wanted no ambient light. We opted to shoot at a higher aperture, f16, and set the studio strobe at about ½ power. This, of course, depends on your particular strobe. 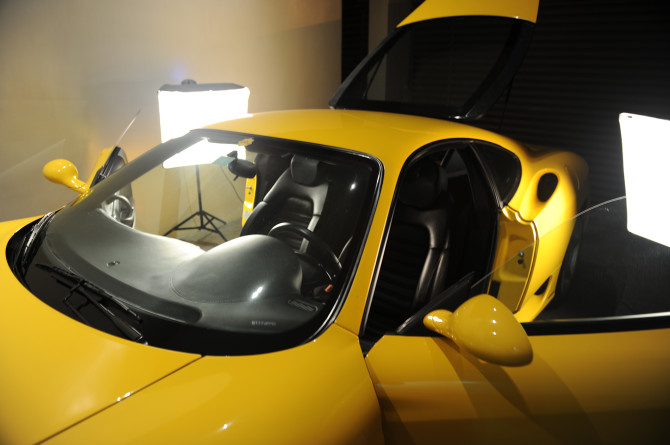 We were working with 2 softboxes for this shot 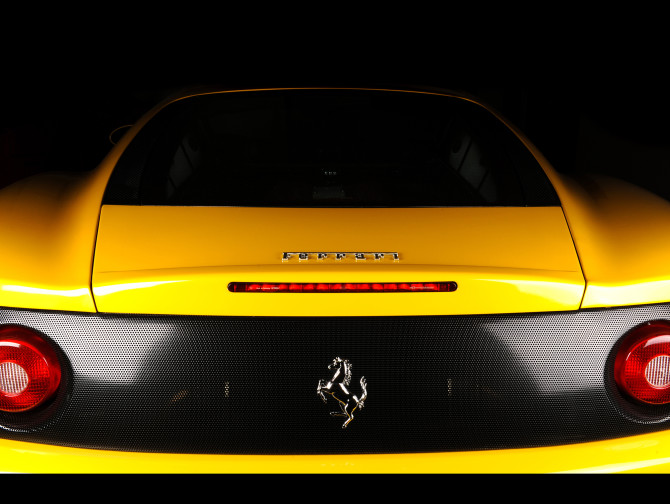 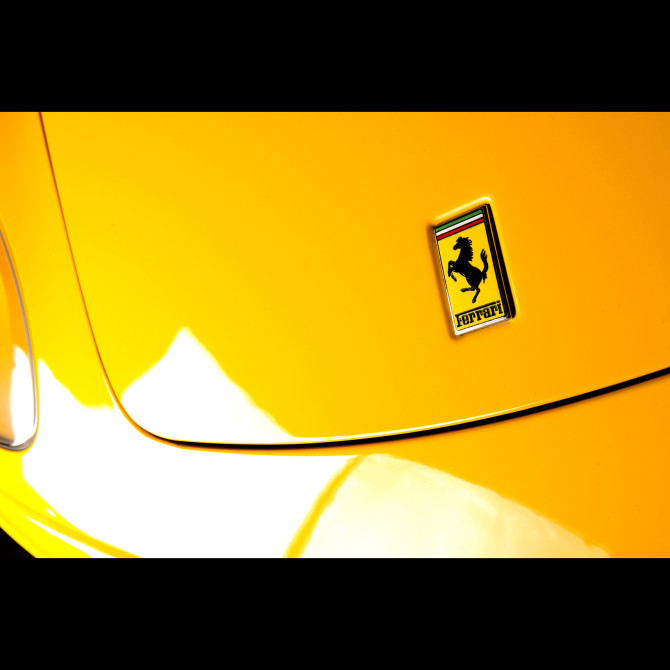 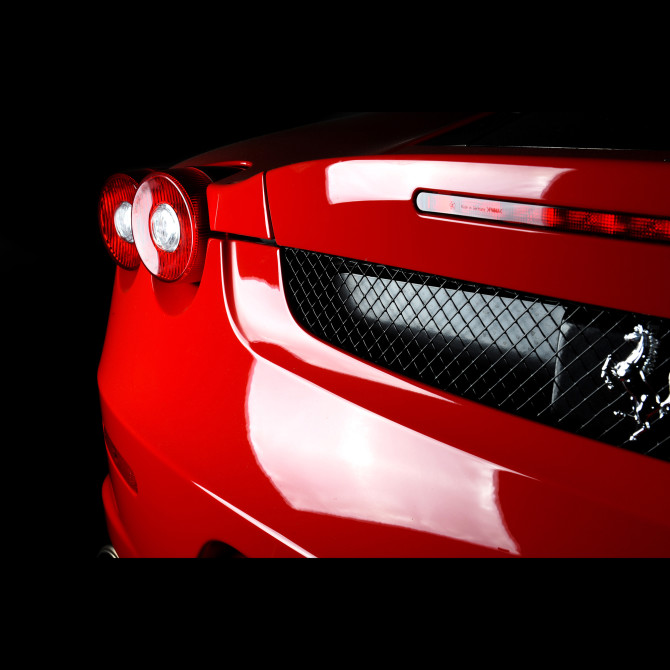 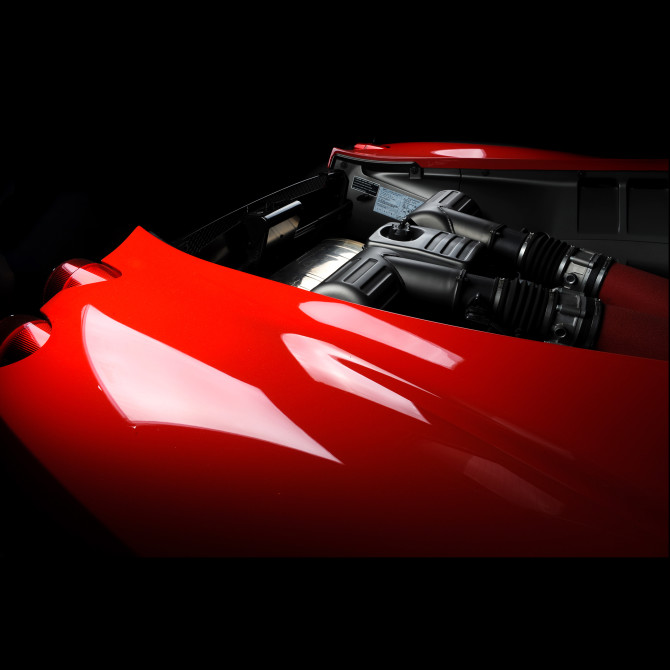 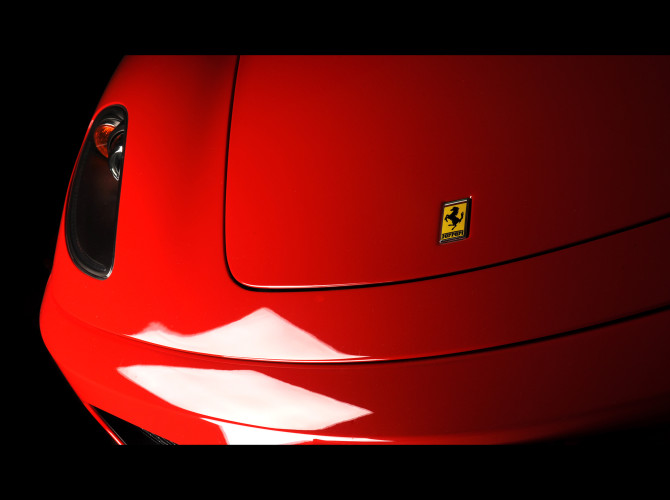 Another great option is using the same trick that I use for shooting portraits. So this trick can be used not just for cars, but for people and still life too. For this shot we underexposed the background by two stops first, and then we placed 2 speed lights left and right of the subject to light it. (You can read about this technique here) 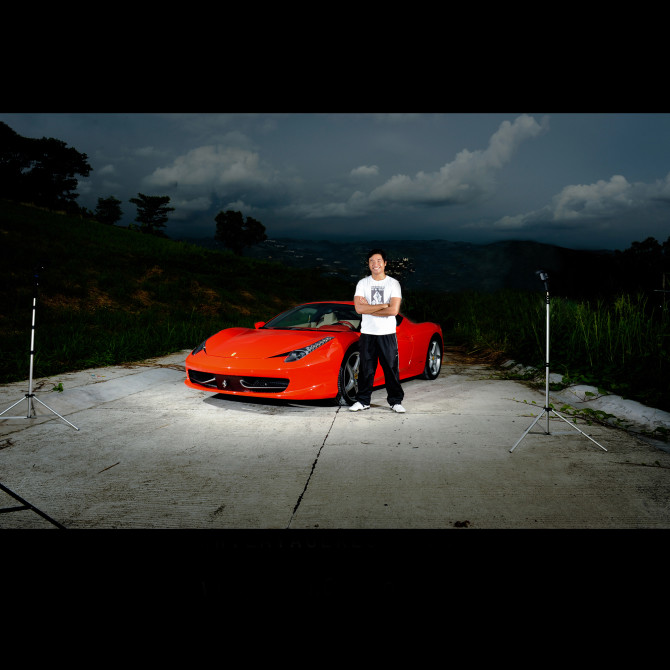 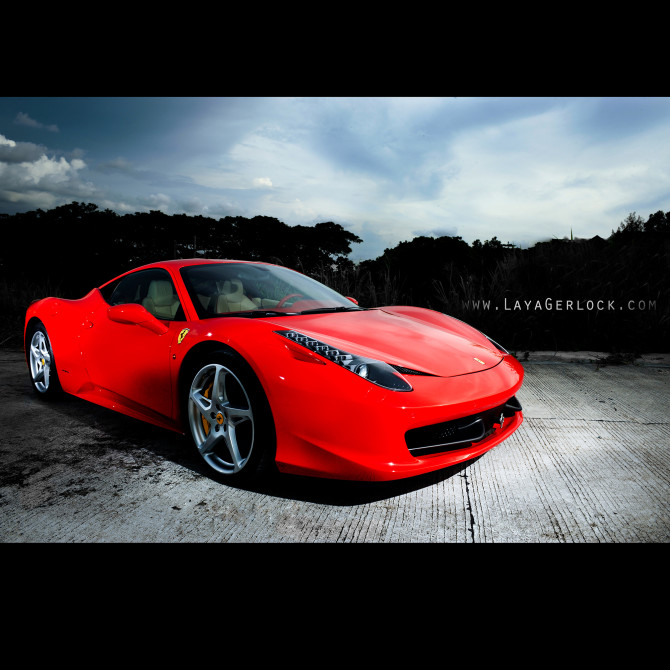 When we shot this photo, we were just starting out and only had small hot shoe speed lights. We did want to produce something special though, so we waited until after sunset and placed the camera on a tripod. We started out by shooting the cars using 3 speedlights, two on either side thru a shoot through umbrella and a bare speedlight in the middle.
We had an extra speedlight and thought about light painting the background using that speedlight.

What we ended up doing was setting the shutter to 30 seconds and  f18 aperture. (30 seconds so we have enough time to walk around, and f18 for the stars effect). After our main light triggered, we walked a full 360 degrees around the Ferrari while continuously popping our speedlight, when we reached the back we pointed our speedlight towards the camera which created the stars in the background. 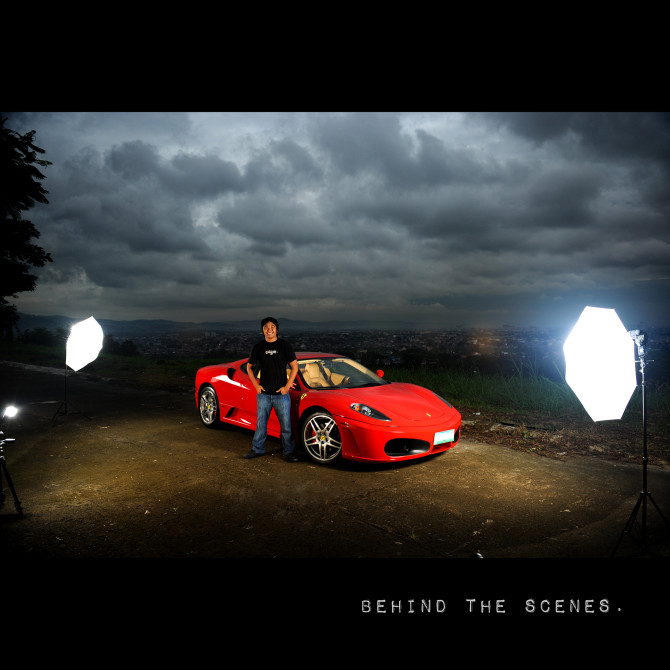 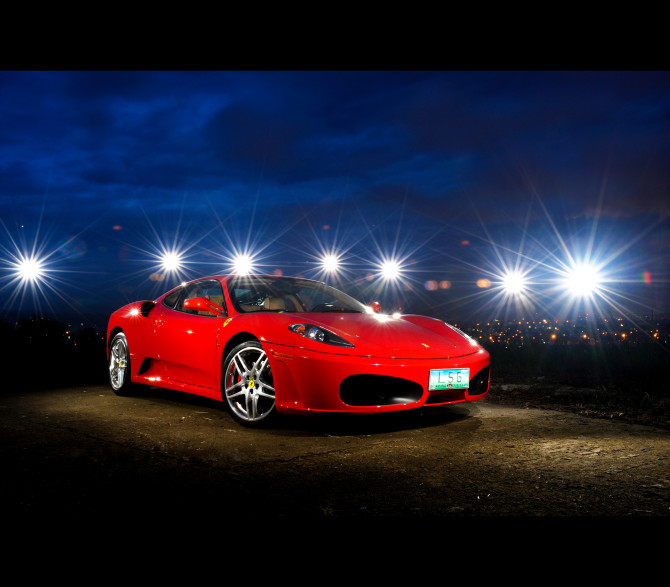 Using 4 speedlights. 3 speedlights for the main light and the 4th speedlight I used to light paint the foreground and the background

How to Fake A Ferrari FF Shoot In A Studio

How a Sigma Art lens messed up my Ferrari photo shoot

BTS: Photographing a Ferrari With A “Portable” Car Rig