Making a 3D display of an object is a great way to display merchandise on line, so this tut would be very relevant to any product or still life photographers.

The usual way of making a 3D display is to put your item on a turn table. The less common way, yet sometime more effective (wit shoes for example) is to suspend the object from a rig. In the following tutorial, Photographer Matt Devlin (Flickr) walks us trough the a build of a 360 deg rig. Matt says (and I heartedly agree that this is a very simple rig to build – 3/10). 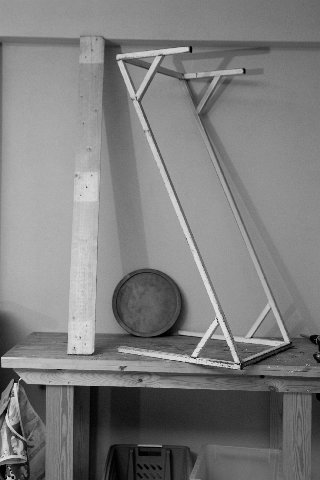 Now it should be said, mine was a junk pile knock up, all the parts are modified to suit my build, so feel free to improvise.

First the disk and that’s all you need a disk. Size is not really all that important and neither are good bearings. Depending on what you want to shoot a wheel around 300mm to say 500mm would do. I found my wheel on a local trading site for next to nothing.

I took the wheel apart and I then drilled the existing hole a little larger to accommodate the bolt to hang the wheel from. I then put the bolt in the wheel with a washer on both sides and ran a lock nut down firm but still allowing an easy spin. 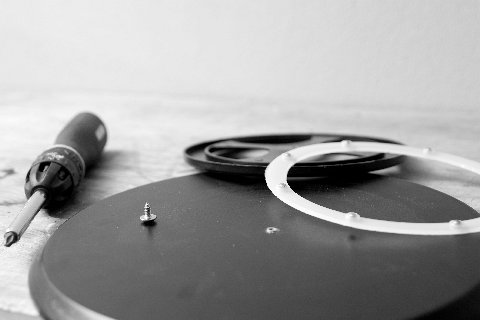 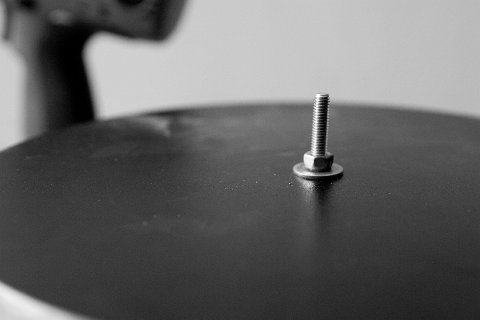 Next was the board to hang the wheel off the frame. For this I used a plank off an old pallet, cut it to fit the top of my frame (The frame I got from a local store owner, they had old display frames out the back they no longer needed and needed to get rid of so got that for free and it’s very much over engineered for my purposes as it only has to hold the wheel off the ground).

I found the center of the plank and drilled a hole for the bolt now in the wheel, then fitted it to the frame with some self tapping metal screws (I did pre-drill the plank). 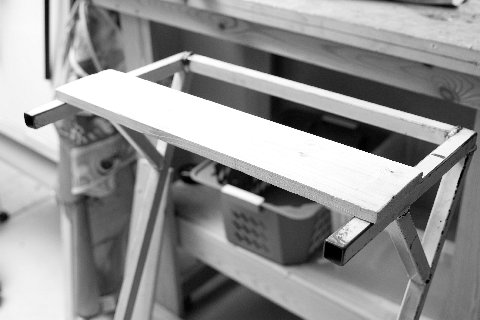 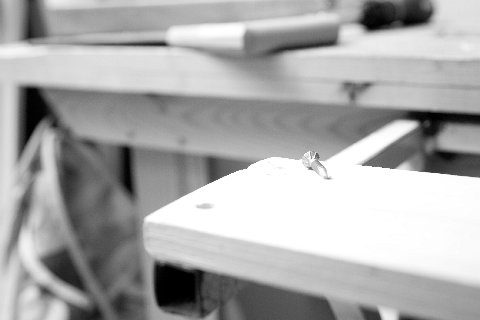 I then sanded the paint off the outer rim of the wheel so I could mark the stops. As for the spacing on the wheel, full credit to the OP of the link below. I used a piece of masking tape to mark the spaces out on a flat surface then run the tape around the wheel to mark it out. 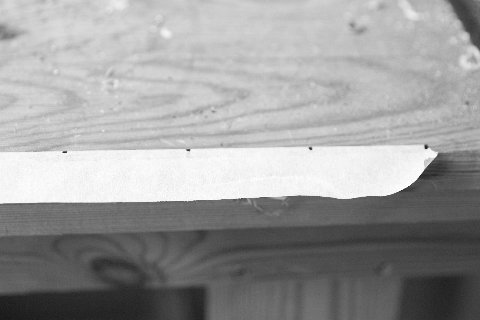 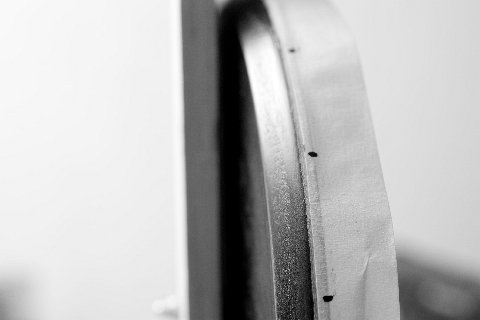 (What I would add is, if I was doing this again I might look at a few more shots per 360 it works out to 20 and I think 25-30 would be better. Keep in mind that every extra shot is more time in post removing strings, it depends how smooth you really need it. Maybe two sets of marks one set in black at 20 and a set in red at 25-30 then you could offer clients two options / price points)

So with the wheel marked, I then put the bolts in the disk to hold the hanging thread. I counter sunk the drill holes so the head of the bolt ran under the plank smoothly. I used wing nuts on the bolts, simply for ease of use. 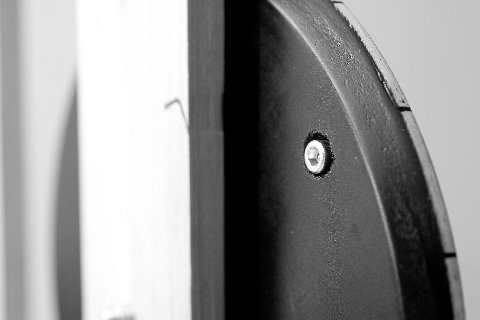 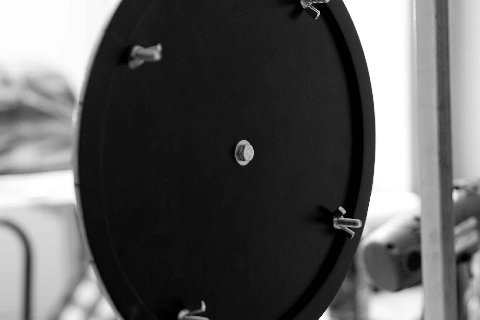 Lastly was to fit the wheel to the frame. I used another lock nut on top and did it up firm, not allowing it to spin at that point so it spins at the washer on the bottom. 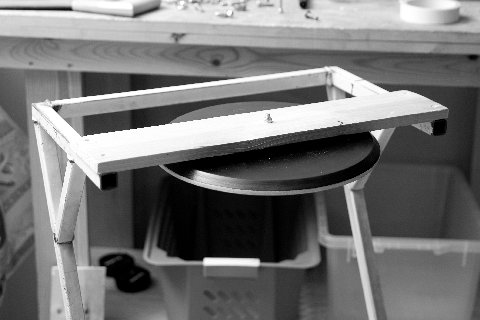 In my test shoot I used white sewing thread and only two to hold the shoe and it moved and swung quite a lot 3- 4 would stop a lot of that movement better. 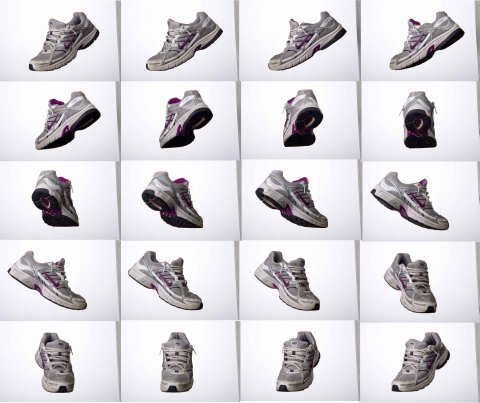 PS – Since I know that you are going to ask, here is the obligatory lighting diagram: 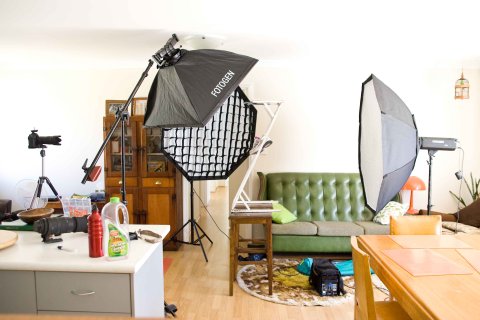 « A TimeLapse Rail From BBQ Rotisserie Motor
Breadbox Strip-Light From A Plastic Bread Container, Spaghetti Sauce And A Twelve-Pack »