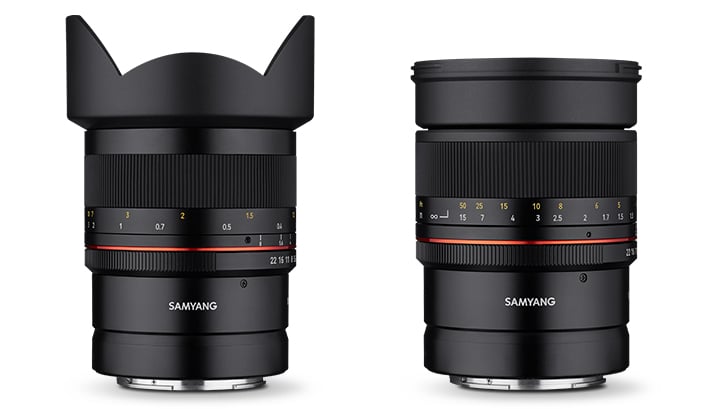 Samyang has just announced a pair of manual focus lenses for Nikon Z cameras. They are a wide-angle 14mm f/2.8 and an 85mm f/1.4, just like the recently announced lenses for Canon RF.

The Samyang 14mm f/2.8 Z is aimed at landscape, architecture and interior photographers. It covers 115.7˚ angle of view and it’s constructed out of 14 elements in 10 groups. There’s no info on the price yet, but the Nikon F version is $299, so the Z version will probably be equally affordable.

The 85mm f/1.4 Z is weather-sealed and constructed of 9 elements in 7 groups. Samyang promises that various aberrations are minimal, while the lens provides with high image quality and contrast edge to edge.

We don’t know the exact price yet, but considering that the Nikon F version is $269, I don’t think it will be much higher than that.

« Are you sharpening your images enough?
China’s largest stock photo website under fire for trying to sell the world’s first black hole image »