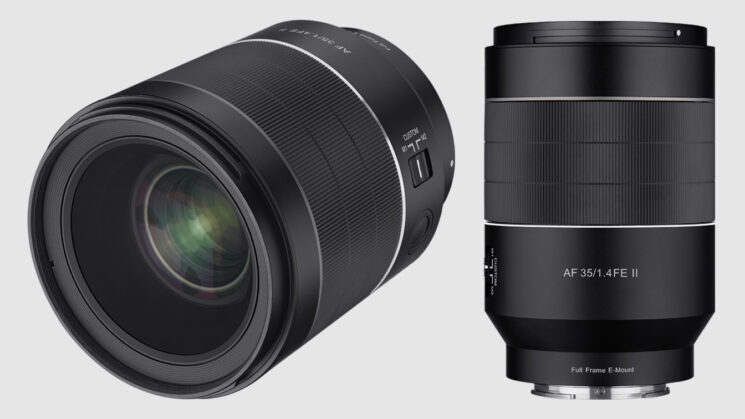 Samyang has today announced the new full-frame Samyang AF 35mm f/1.4 FE II lens for Sony E mount, the successor to its popular AF 35mm f/1.4 FE (which is currently seeing a big price drop from $799 to $499). According to Samyang UK, the new lens boasts corner-to-corner sharpness and clarity with a faster and more precise quiet autofocus system.

It has a minimum focus distance of 29cm, weather-sealing and a “modern design” that looks pretty much identical to the old one on the surface, except for a slight colour change at the end of the focus ring. But has much really changed from its predecessor? Alyssa and Peter Zalabai managed to get their hands on one and have already posted a review.

Samyang says in an announcement post on Facebook that the new lens is optimised for portraits, landscapes and shooting video. They say that incorporates “two key innovations”. Those innovations being the Focus Hold button and Custom Switch “to meet the needs of today’s photographers”. Looking at the specs, they both look pretty much the same internally, with the same optical makeup. Here you can see the original AF 35mm f/1.4 FE on the left and the “new” 35mm f/1.4 FE II on the right. 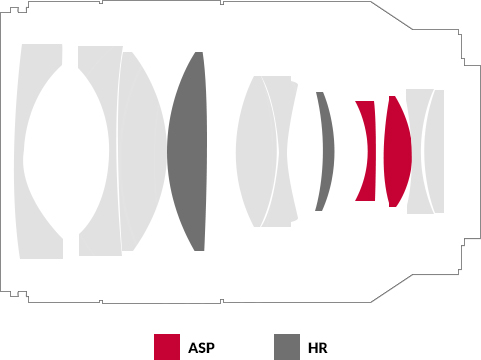 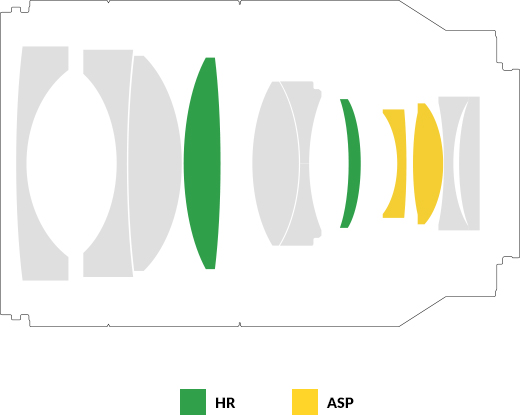 The only thing that’s changed is the colour scheme denoting the aspherical and high refractive elements in the diagram. Both lenses contain 11 elements in 9 groups, with UMC coatings and have similar dimensions, although the new Mark II is a hair heavier, probably thanks to the electronics for the new button and switch. Somehow, despite the same optical makeup, the new lens manages to get a 1cm shorter minimum focus distance.

One of the less obvious changes, though, is that the lens sees an upgrade to a linear stepper motor from the old dual ultrasonic motors of the original for much quieter and faster autofocus performance. As to how much better it is than the previous version remains to be seen. The video above shows some quite impressive autofocus responsiveness, but they don’t show it side-by-side with the original for a direct comparison. 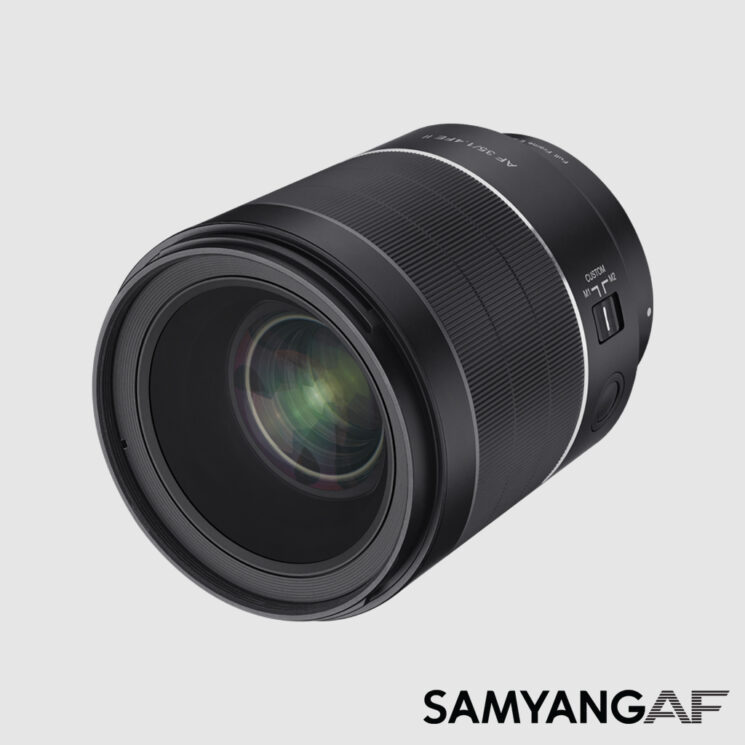 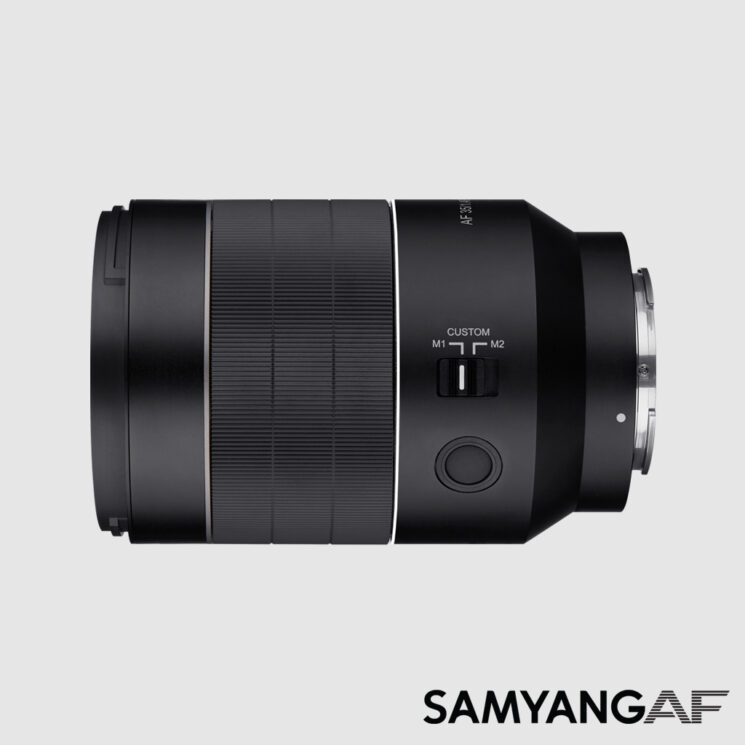 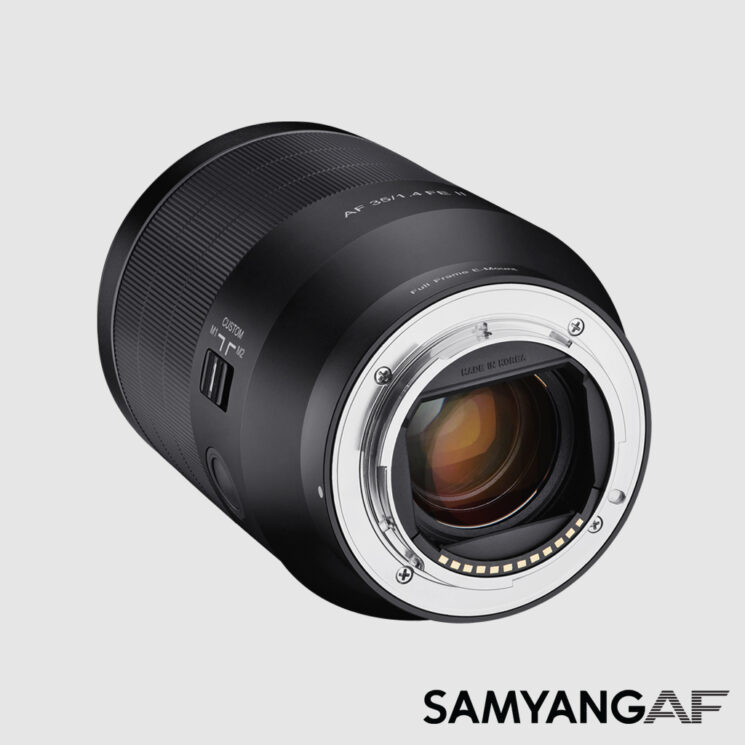 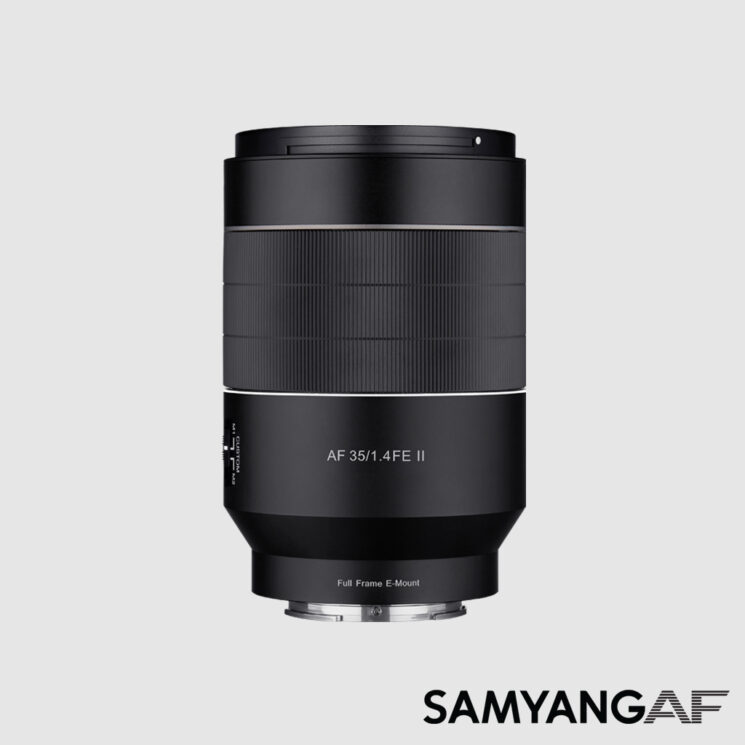 I haven’t seen a US price on the Samyang AF 35mm f/1.4 FE II lens yet but Samyang UK distributor, Holdan lists the lens with a £530+VAT RRP (~$709+tax). I expect that when it hits the USA, it’ll have a similar price tag to its predecessor at $799, although it could potentially be $699. As mentioned at the top of this post, though, the original AF 35mm f/1.4 FE has seen a $300 price drop, bringing it down to $499. So, if you want to save a bit of money and don’t mind skipping out on the slight changes of the new one, now might be a good time to buy the old one.