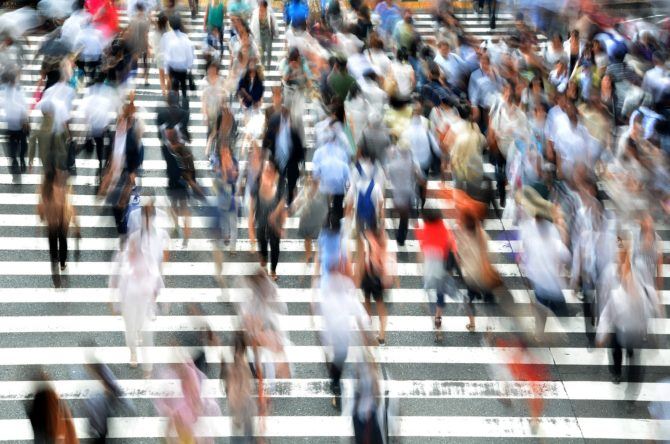 FindFace, which launched only two months ago, allows users to photograph people in a crowd and discover their identities with 70% reliability and could be the final nail in the coffin for privacy as we know it.

The site works by comparing photographs to profile photos on Vkontakte, so assuming the person you photographed has a profile on the Russian social media site, then there’s a 70% chance that the software will be able to find them in less than a second.

This might seem like a bit of an assumption, but given that Vkontakte has over 200 million accounts and that Russia and the other Post-Soviet states have a total population of around 300 million, it’s not all that far fetched to believe that a random person photographed on the street probably has an account there.

With over 500,000 users itself, FindFace has already become extremely popular, having processed nearly 3 million searches, according to founders Artem Kukharenko and Alexander Kabakov.

While the implications of this technology range from mildly annoying to downright sinister, the impressive technology is still in is relatively early days, and runs on very limited power.

Kabakov, told The Guardian, “Three million searches in a database of nearly 1bn photographs: that’s hundreds of trillions of comparisons, and all on four normal servers. With this algorithm, you can search through a billion photographs in less than a second from a normal computer”.

With the number of cameras out there in the world today, scenes like the one above may actually become a reality as the technology grows to cover the globe.

Imagine walking into a shop, looking at an item on display, then going home and finding a bunch of spam in your inbox from the store you just visited trying to sell you products related to what you were looking at.  Kabakov has, and has apparently worked exactly this strategy into his plans for the future.

But, there is also the positive side.  If you’ve been attacked and snapped a photo of your aggressor on your phone, finding them might only be a couple of clicks away, making prosecutions much easier.

Almost every day I see CCTV footage of some theft or break in at somebody’s home or place of business, with pleas to help identify the perpetrators.  This technology could find out who they are before they’ve even finished the job.

It was inevitable, though.  With cameras getting better and computers getting faster every 5 minutes these days, it was only a matter of time before this kind of technology became a viable reality.

Facebook is dealing with their own set of facial recognition legal issues right now, so the Facebook tech may not be available for a while. But FindFace (or similar) may just be the solution to any other network that wants to implement automatic tagging.

Soon, not only will Big Brother be watching, but he will know exactly who you are!