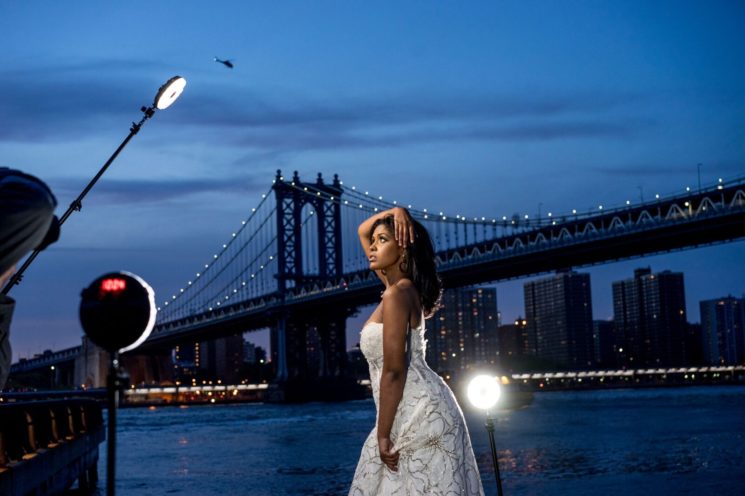 This was a bit of an unexpected announcement. At least, it was for me. Although, I admit that I haven’t really followed the world of LED lighting that closely since setting my sights on getting a set of Spekular lights. The LEDs I do tend to look at are generally more aimed toward video than stills. While LEDs can be great for certain photography applications, they’re not that useful for what I want to shoot.

The new Rotolight Neo2, though, designed in collaboration with Elinchrom, is squarely aimed at stills shooters. An industry-first, all in one, High Speed Sync flash and continuous on-camera LED light. The unit boasts compatibility up to 1/8000th of a second and 85,000 full power flashes on a set of AA batteries. It also feature a built in 2.4Ghz Elinchrom Skyport receiver.

The complete launch of the product was streamed live over YouTube, along with the help of photographers Jason Lanier and Simeon Quarrie. It should start at the right place, but if not, skip ahead to 14 minutes for the beginning.

Rotolight say that it’s designed for portrait/location photography and filmmakers. But I’m not convinced this’ll be anywhere near powerful enough for outdoor locations. Well, unless you’re shooting from dusk til dawn – as shown in the photo at the top of this page.

As well as flash, it can pull double duty as a continuous light, like its predecessor the original Rotolight Neo. Except the Neo2 has 85% more power than the Neo. Rotolight say this “eliminates the need for two separate purchases” of both continuous and flash lighting. But I really don’t think it does for the majority of portrait photographers. The hotshoe is the last place most portrait photographers will put a light, and I’m just not sure it’s powerful enough for many. 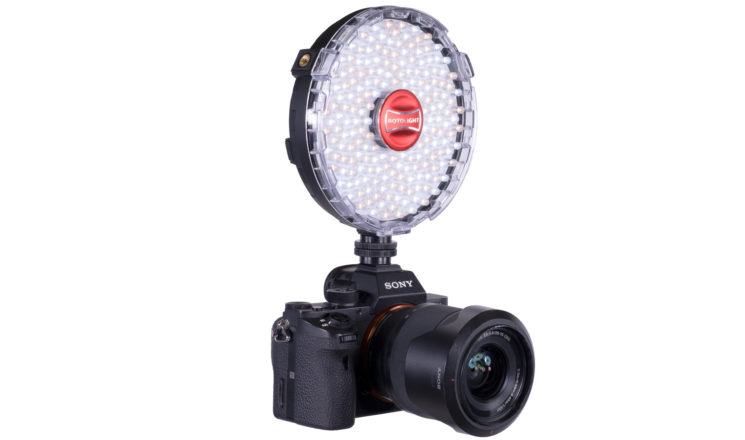 And speaking of power, that’s around 2,000 lux at 1 metre in continuous mode. Switching the light over to flash mode, this means f/8 at ISO200 at 1 metre. That 500% power increase is only available if using the AC adapter or a V-Mount battery, though. If you’re on AA batteries, it’s 250% power, so you’re losing about a stop. 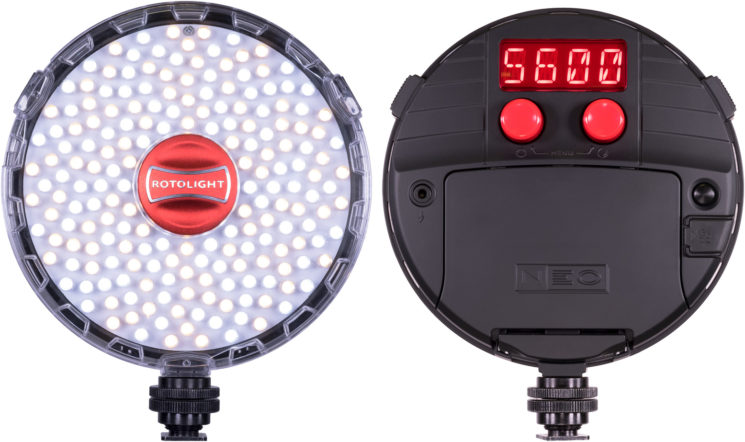 The other big selling point of these lights is that there’s no recycle time, which will be a big deal to those shooting something like a Sony A9, with its 20 fps continuous shooting. But, how practical will such a light be when you really need to shoot 20fps?

But let’s have a look at the overall specs.

As LED lights go, it doesn’t seem all that bad, really. At least until you factor in the competition and the cost.

Shape aside, the Aputure HR672s, for example, puts out 4636.8 lumens, a 350% increase over the Neo2 in continuous mode. That’s even more than the NEO2’s flash output levels with AA batteries. It also features a built in 2.4Ghz receiver for remote control, but as it’s bright and continuous, you don’t really need to worry about going over your speed sync. And it’s quite a bit less expensive.

On paper, the Neo2 seems a little underwhelming to me. But then, I’m possibly not in the right target market for a light such as this. Most of the photographers I know who own the original Rotolight Neo are quite happy with their purchase. There are a few who are a little disappointed, but overall the response is positive.

So, I’m sure the Neo2 will also find its place in the world, and satisfy the needs of its owners fairly well. But, I’m still not convinced it’s the right light for me.

The Rotolight Neo2 is available to pre-order now for $399 and will ship in early October.

High Speed Sync vs Neutral Density – Does it really matter which you use?