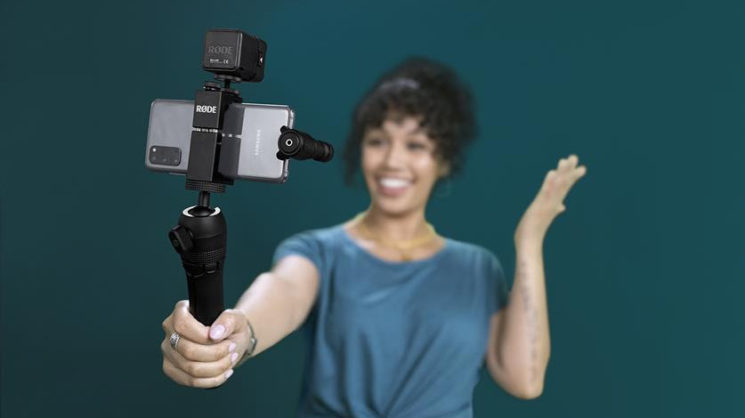 Rode has launched a new range of Vlogger Kits aimed at vloggers and smartphone filmmakers. The kit comes in three flavours. There’s a Lightning-equipped iPhone kit, a Type-C USB based Android kit, or a universal kit that works with both (although you’ll need your headphone jack adapter cable).

Each kit includes a mini tripod, a phone bracket, microphone, windshield, light, lighting gels, and all the extra cables and bits you need to get up and running quickly. As mentioned, though, if you get the universal kit, you’ll need your Lightning or Type C USB to TRRS headphone jack cable. While you might prefer to go with a kit specific to your device, the universal one is handy if you use different types of phone (or camera) and want to be able to switch between them.

All of the kits come with a Rode Tripod 2, SmartGrip, WS9 Windshield, MicroLED on-camera light with a Clip-on diffuser, 8 coloured filters and a Type-C USB cable for charging your LED light. The differences are primarily with the microphone used. 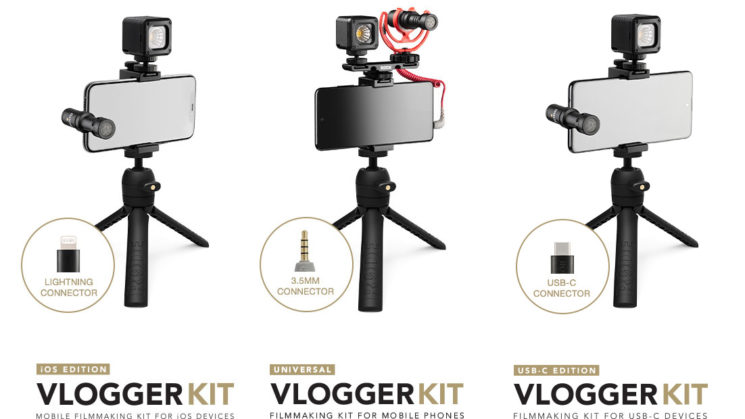 The Universal Edition, however, does not come with the VideoMic ME, as one might expect, but with the Rode VideoMicro and Rycote Lyre shock mount. This comes supplied with the Rode SC7 cable for plugging into your smartphone’s TRRS headphone jack (or adapter cable). This means, though, that if you vlog between your smartphone and a DSLR or mirrorless camera, you can pick up a Rode SC2 cable (or the Rode SC3 TRRS female to TRS male adapter) and use the microphone with your regular camera, too.

This Edition of the kit also comes with the Rode DCS-1 dual cold shoe adapter. As the microphone doesn’t have a fixed plug that goes into the end of your phone but uses a short cable, you’ll need this to mount the microphone on top of the SmartGrip if you also want to use the MicroLED on-camera light.

They’re interesting looking kits and should get you started with vlogging and filmmaking no matter what mobile platform you use. The Rode Vlogger Kit is available in iOS Edition, USB-C Edition and Universal Edition and all are available to pre-order now for $149. Shipping is expected to begin in mid-December.