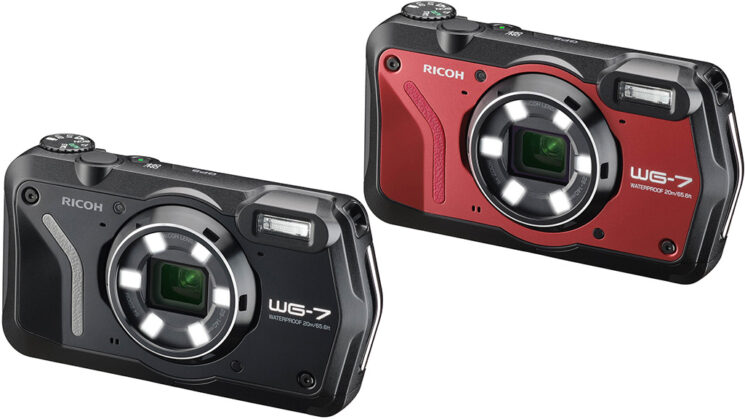 Well, this is both interesting and also a shame, if it turns out to be the case. Ricoh has today announced the rumoured WG-7 waterproof compact camera. It’s capable of shooting for up to 2 hours continuously at a depth of up to 20 metres with impact resistance from drops of up to 2.1m and cold resistance down to -10°C.

But, it looks like it’s only being announced in Japan. At least for now. Pentax Rumors reports that the announcement is only for the Japanese Market. This could be backed up by the fact that it doesn’t appear to be on any of Ricoh’s other websites around the world. At least, not that I’ve been able to find.

The Ricoh WG-7 is essentially the same as the Ricoh WG-6 from what I can tell, except with added USB webcam functionality. While this capability has been getting added to mirrorless cameras quite regularly over the last year, compact cameras seem more ideally suited to this task for most people. And if nothing else, they’re certainly going to be a step up for the regular cheap webcams most of us have used.

The one feature not mentioned in the specs table above is that USB webcam feature. The Ricoh WG-7 can put out full 1080p HD at 30fps to your computer over USB by switching it over to UVC mode. And, it has that built-in ring light to help you get a little on-axis fill. The built-in microphone of the WG-7, however, is not passed down USB, and Ricoh says to use the built-in mic of your computer (or whatever microphone you may normally have plugged into your computer) for audio.

You can find out more about the Ricoh WG-7 on the Ricoh Japan website. Maybe it’ll come to other countries in the near future. But for now, you can see some samples shot with the camera down below.

Sony A7II Announced But Only In Japan