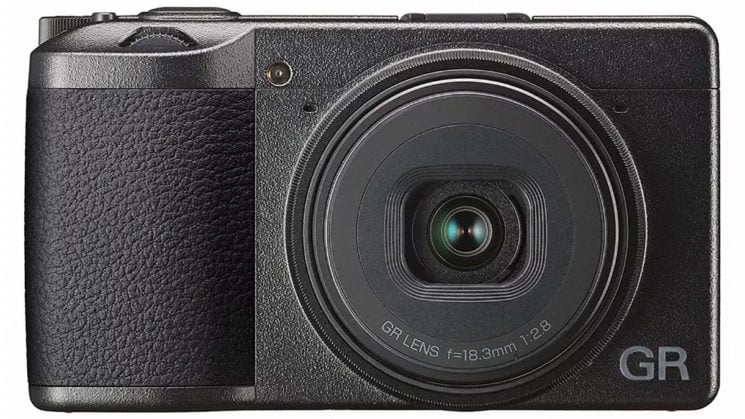 The Ricoh GRII was announced way back in June 2015. It contained a 16MP APS-C sized CMOS sensor with a 28mm equivalent lens and became very popular, especially amongst street photographers.

Now, Ricoh has announced the development of its successor. Yup, you guessed it, the GRIII. While the focal length and maximum aperture stay the same, it does see some significant changes. The sensor’s gone up to 24MP, they’ve taken away the flash and it gets 3-axis IBIS.

While the focal length and maximum aperture are the same, Ricoh says that the new 28mm equivalent f/2.8 lens has received a new design. It has that new 24MP APS-C CMOS sensor and a new imaging engine. And while it loses the built-in flash, it gains a dust reduction system, WiFi connectivity and phase detect autofocus.

Ricoh says it’s designed to be “the ultimate snapshot camera”, but don’t let this put you off. It shoots 14Bit RAW DNG that should produce some pretty amazing results if its predecessor is anything to go by. As far as video goes, it shoots 1080p up to 60fps. This might be a little disappointing for some, but I think it suits this type of camera.

It will contain 2GB internal storage and have a UHS-I SD card slot. I would’ve expected a faster UHS-II card slot, considering camera connectivity is USB3.1 Gen 1 (formerly known as USB 3.0). I wonder how fast the internal storage is. The built-in 802.11b/g/n WiFi allows for remote control from your smartphone app. And that USB socket I mentioned also allows for USB charging.

There’s no specific release date yet, but they have said the launch is scheduled for early 2019. Obviously, there’s no price yet, and they have stated that specifications are subject to change.