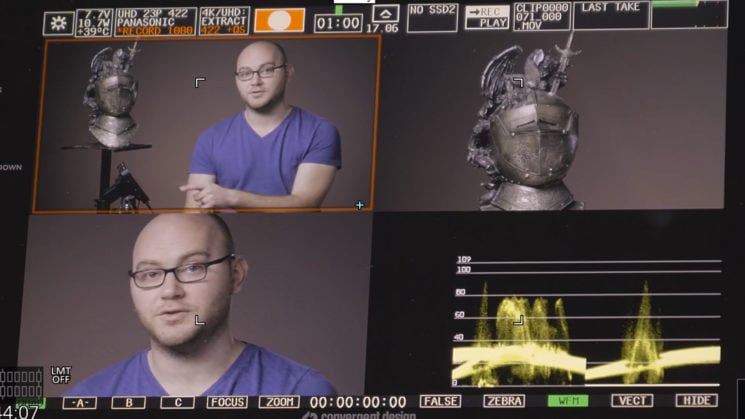 Video monitors have seen some pretty rapid development over the last few years. We’ve seen them go from the heavy CRT of the standard definition days to super high resolution, lightweight, battery powered, slim displays we have today. And, oh boy, have they become feature packed.

On the surface, the Convergent Design Apollo seems like any other 4K external video recorder we might see today. Plug in a camera, hit a button and it records, right? Yeah, except for the fact that it costs three grand. This is because the Apollo contains a few features that are pretty special. One of them, is particularly cool, as we see in this video from Caleb Pike at DSLR Video Shooter.

One of the big advantages of the Apollo is that it will let you plug up to four cameras into a single unit for simultaneous monitoring and recording on the same screen. This can be super handy for, say, a director or editor keeping an eye on several cameras at once. But what it also lets you do is separate out one 4K signal into three separate 1080p signals to simulate multiple cameras with just one with a feature called Titan Extract. 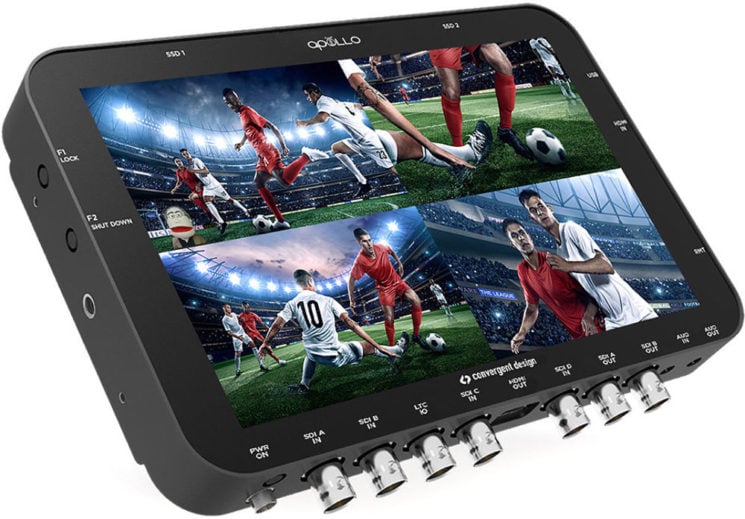 The idea of producing three separate shots from a single camera is not a new idea. It was one of the biggest arguments for shooting 4K when it first started appearing. You remember the days, when everybody was asking “What’s the point of 4K cameras when nobody has a 4K TV?”. It’s also one of the reasons for shooting 6K and 8K today, now that 4K screens are more prolific.

The way things typically work when we do this is that we shoot our full resolution 4K scene as our wide shot. Then, in post, we can crop (not scale) down to 1080p on various parts of the scene. This allows us to do those quick punch-ins on one subject or another in the middle of a sequence while keeping continuity. Very handy for those with only one camera. 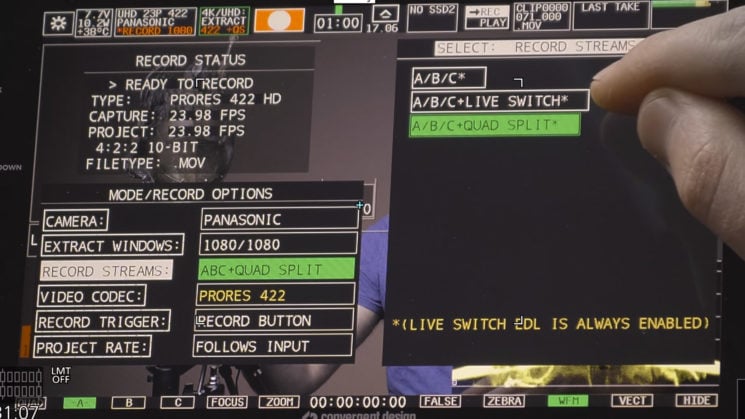 The Apollo recorder/monitor, though, allows us to do this in real-time while we’re shooting. What’s particularly cool is that it can record four separate videos internally with the full 4:2:2 ProRes codec. One for your overall wide shot, one for each crop, and the fourth being your final live edit. You can even see a real-time waveform while you’re watching.

Such tech does not come cheap, though. As I mentioned earlier, the Apollo recorder costs almost $3,000. If you’re wallet’s feeling a little squeamish, there is a less expensive option, which is the $1,495 Odyssey7Q+. At half the price, naturally, it supports half as many cameras, allowing you to plug two into the device for simultaneous recording. But it also offers the Titan Extract feature letting you separate a single 4K feed into multiple shots.

This, obviously, isn’t the only benefit of these units. Being able to record up to four cameras to a single device simultaneously is extremely useful in its own right. They support all of the features we’d expect from a monitor recorder of this calibre including waveform, vectorscope, LUT support, ProRes & DNxHD codecs, and all the rest of it.

While both of these recorders are well outside of my own video production budget, it’s nice to see this feature appear. Over the course of the next few years, I’m sure it will start trickling down into less expensive units, especially as it becomes more popular.

If it is in your budget, though, both units are available to order now.