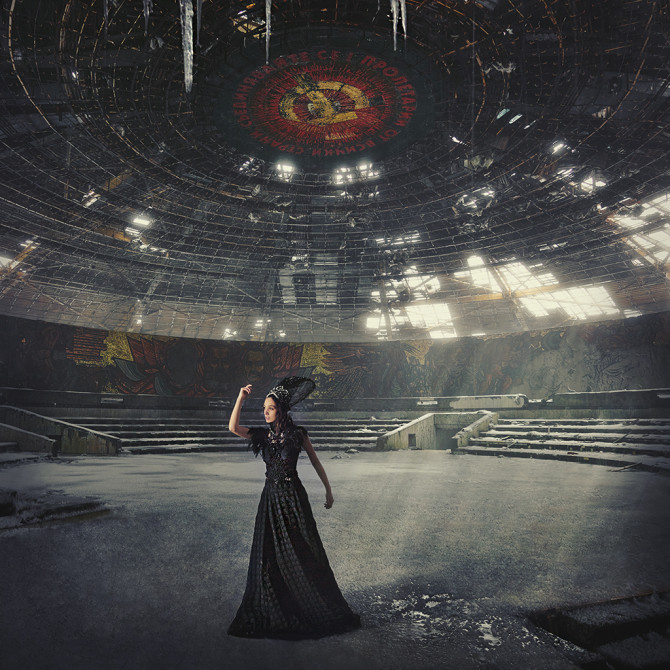 A perennial favorite, Rebecca Litchfield, never fails to impress us with her beautifully crafted photos, and the collection she has just published from a recent trip to Bulgaria is no exception. On the second day of her travels to Buzludzha, Bulgaria, the skies opened up and dropped a foot of snow, providing the perfect prop for her photoshoot with model, Dorina Georgieva, at the former communist monument.

In the morning, Litchfield and her crew began their trek to the top of the peak, which is at an elevation of 4,728′. Unfortunately, their 4×4 could only get them in so close and they ended up having to walk through knee high snow for the last kilometer, carrying in all the camera equipment through rain and blistering winds.

Once inside the monument, the crew still had to deal with whipping winds and freezing temperatures. Litchfield said Georgieva was an absolute professional as she graciously faced the inclement weather to model the stunning costumes of designer, Agnieszka Osipa. The photographer also noted the shoot was the hardest one to pull off since she began shooting her Underworld series, but by the looks of these spectacular shots, it was entirely worth their efforts–check them out, below, and be sure to check out Litchfield’s blog, where she describes the undertaking in her own words. 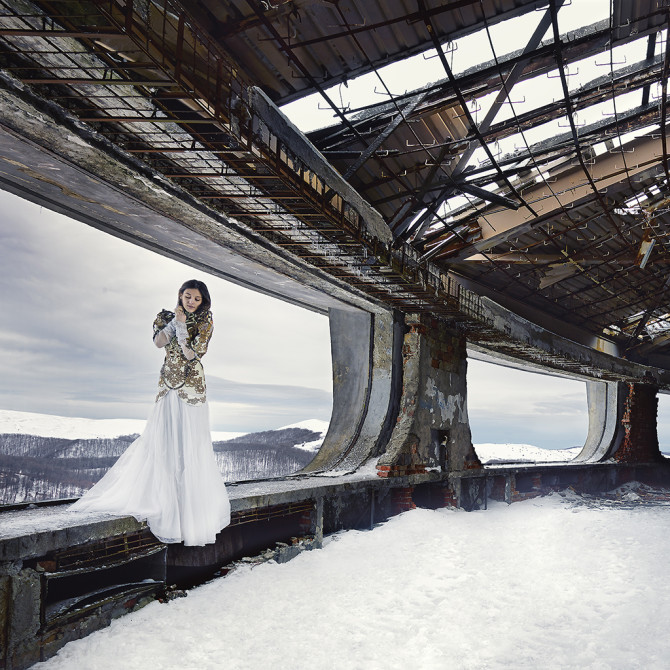 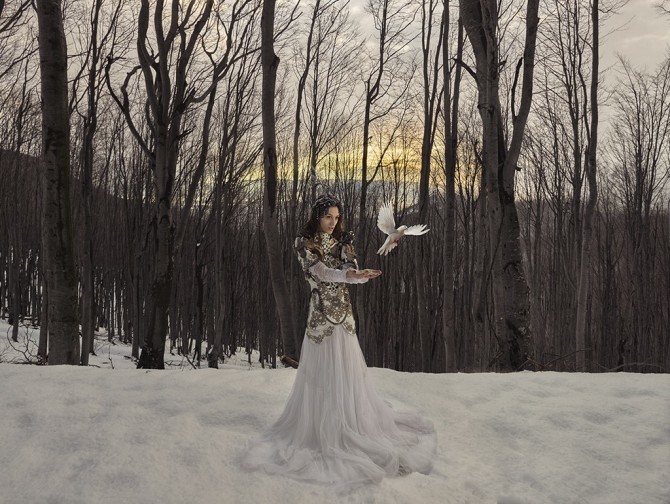 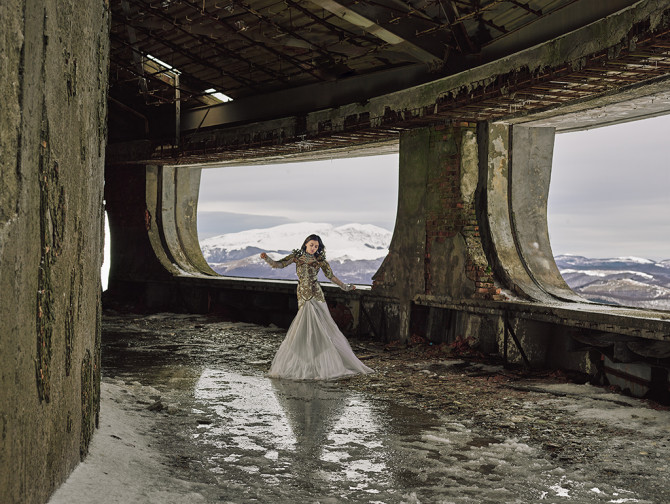 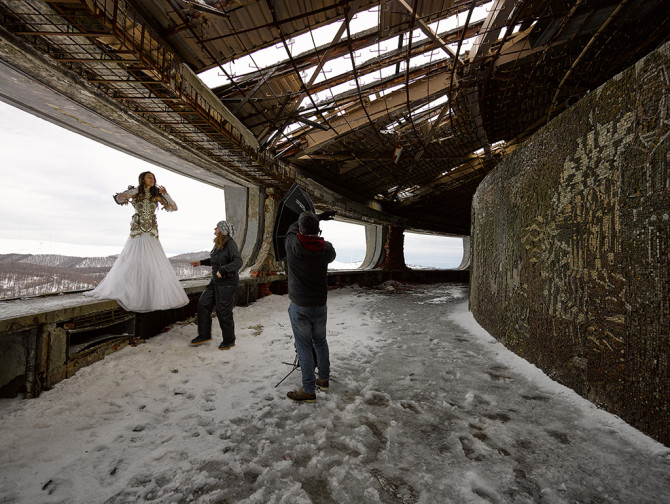 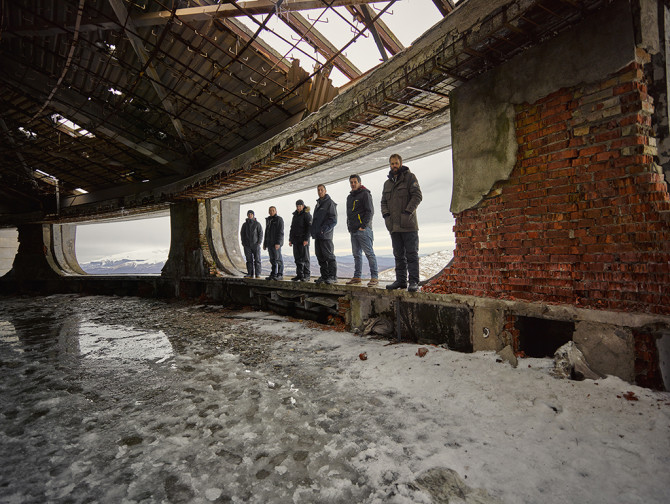 These photos were taken by two little girls in 1917, and they are gorgeous

« How To Build A Raspberry PI Action Cam
I Am A Photographer, Not A Tog, Clicker Or Snapper »