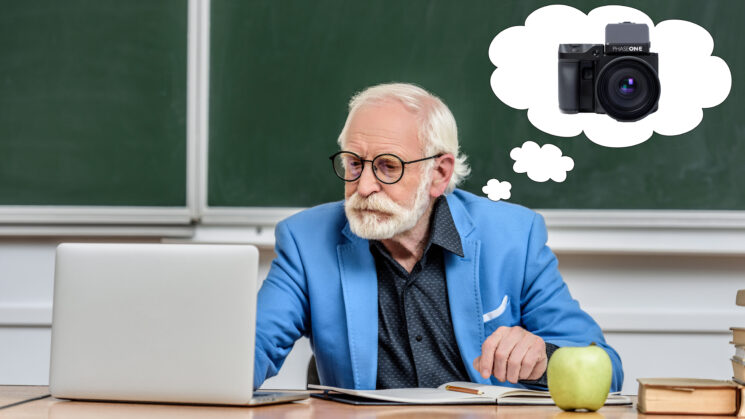 Can you imagine embezzling over $400,000 of state money to buy camera gear so you can take photos for Instagram? As crazy as it sounds, this actually happened.

A University of California professor reportedly spent $404,000 of state funds to buy himself cameras and lenses. No, he didn’t need them for science or teaching – he reportedly bought them to shoot photos for his Instagram and to sell prints on his website.

According to the Los Angeles Times, the incident happened at the University of California at Irvine medical school. It started in 2014 when equipment managers asked a research scientist Yi-hong Zhou if her lab was using a $53,000 camera. She found it very odd and couldn’t think of a reason why a neurological surgery lab would even need a fancy camera like that.

Fast forward to 2019, another department member showed Zhou a bag of receipts. It reportedly proved the purchase of over $400,000 in photo gear, all of it by using state funds! The gear included a whopping number of 14 cameras and 46 lenses. According to the report, the department’s chair, Frank P.K. Hsu, was the one who made all the purchases using state funds.

After she blew the whistle, an audit was launched. The auditors confirmed that Hsu indeed spent the university funds on buying personal camera gear. They claim in the report that he often used “suspicious” or “unauthorized” means for his purchases.

The LA Times’ mentions a photo of Hsu taken in 2015 in Paris, outside Notre Dame. The photo shows a camera slung across his shoulder, none other than Phase One. And I believe most of us know those medium format cameras cost a lot.

More than $100,000 of the photography equipment was shipped directly to the neurosurgeon’s Irvine home.

He had posted dozens of photos on Instagram showing him using the cameras on vacations and personal photo shoots.@melodypetersen reports: https://t.co/JQ5M9MHoCT

The university “sanctioned” Hsu in a way many people find insufficient. Tom Vasich, a UCI spokesman, said the professor had repaid the university the $404,000 he spent on gear. “The university took appropriate corrective measures,” he added. However, experts wonder if that’s a suitable penalty.

“When the consequences are nothing more than, ‘Oh, you got caught so say you’re sorry and give it back, it sends the wrong message,” says Michael Josephson, head of the Josephson Institute of Ethics in Playa del Rey. “The consequences should be significant enough that somebody in a similar situation would say it’s not worth it,” he adds.

Liz Hempowicz, an expert on whistleblower protections at the Project on Government Oversight, said that it was a mistake not to run an audit the first time something was fishy. I mean, there was $53,000 spent on a camera way back in 2014. “When you get away with something once, it becomes much easier to keep doing it if you think nobody’s paying attention,” Hempowicz said.